The Lion, The Witch, and the Adaptation - Part 1 (Disney) 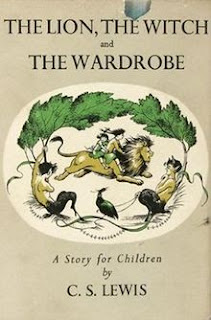 The Chronicles of Narnia have been on the list to read to my son for a long time. He's finally around the age I was when I began the seven-book saga, and we’ve now started read-alongs with the series. Last week, we finished The Lion, The Witch and the Wardrobe, which is the first book in the series (although not the first book chronologically.) Finishing it got the whole family excited to watch the adaptation. But which adaptation? There have been various audio versions as well as a number of theaterical productions. Let's focus on "family movie night" though. As a kid, I was a big fan of the 1988 BBC live action miniseries of the book, and the subsequent ones that they completed. I also remembered good things about the Disney version that came out in 2005. While looking up the best way to stream these two, I made a discovery. Somehow, I’d grown up unaware of both the 1967 ITV production and the 1979 animated TV movie. Would these be gems and new classics in my eyes, or trash to be avoided in favor of my nostalgia for the BBC version? Unfortunately, upon research only two serial of the ten-part 1967 production still exist, and only in poor quality. There was only one thing I could do...track down all complete versions I could actually find, and force my family to watch all of them as part of family movie night! (Given the number of adaptations and their respective lengths, we actually watched them over a number of family movie nights. I also went back and re-watched a few parts for clarity. Something about having a 3-year-old running around causes you to miss things. Also, I don’t think I’m allowed to choose movie night any more.) Over several posts, I’ll go over my thoughts with you. Spoilers, of course, may follow. 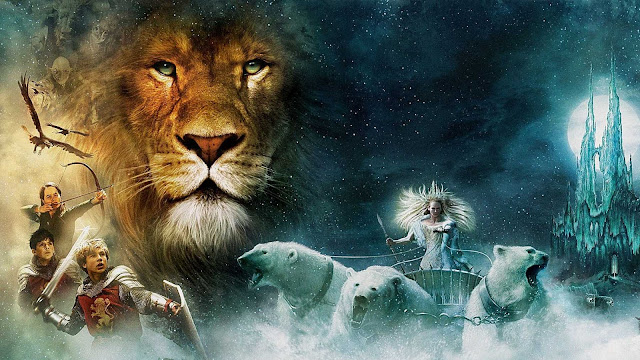 We start our adventure, dear reader, in the realm of Disney. Hot Dog! As mentioned above, I remembered this production as being a fairly good one, and likely to be the one I remembered best, since it was the most recent. After our re-watch, I can say that there's actually a lot to like about this movie version of the story. I had forgotten how surprisingly faithful it is to the source material, and I feel the added scenes actually enhance the movie a bit, often providing action and a sense of urgency and help keep the movie moving. In the beginning, they show the children experiencing Blitz, rather than simply telling you that they’re being shipped off to the countryside, or showing them leaving as in other versions. There is also a major confrontation with the wolves on a frozen river added that brings some action and tension to the middle of the story. I’m not sure that it needed it, but was happy enough with the addition. As for the cut scenes, while I did miss a few of them, I don’t think they were that big of a loss.

The acting in the Disney adaptation was fairly solid, with few exceptions. Who can say no to Liam Neeson as the voice of Aslan? Likewise, standouts in the film include James McAvoy as Mr. Tumnus and Georgie Henley as Lucy. Casting did an excellent job, and I don’t have many complaints here. However, I wasn’t entirely keen on Tilda Swinton’s take on Jadis the White Witch, but that may be because of my views on the hair and makeup in the movie, which actually won a few awards: an Academy Award, a BAFTA, and a Saturn. I suppose I understand it to a certain extent - contending with both period styles and a fantasy world must not be an easy task. Unfortunately, though, I do have major issues with the White Witch. Tilda Swinton looks like...a paler version of Tilda Swinton with dreads. Do people think her make-up and hair actually looks good here? That isn’t to say she looks awful, but stylistically, I have major issues. I’m okay with the change from dark to blonde hair, but perhaps they could have gone with a bluer shade of white for her outfit or makeup. She did bring winter to Narnia after all - she even has polar bears moving her battle chariot (fairly certain it was wolves in the book, but I am okay with this change.) Blonde hair on top of pale make-up with a pale outfit. I know we aren’t supposed to like the White Witch, but it should for reasons other than aesthetics. I might be able to forgive it, if the choices made her scarier, but I certainly don’t think they did. No matter how I come at it, I just don’t get the appeal. I can say, though, that I didn’t have any other issues with the hair and make-up in this production.

Is the Disney version my favorite? Probably not, but I do think this is one worth watching, if you're a Narnia fan. The big budget shows, even with the few complaints that I have. The make-up and hair for the White Witch really does bother me, but doesn’t completely break the movie for me. Complaints aside, the movie is full of action and feels like a quick watch, even though the runtime is 145 minutes. If I were to give it a nickname, I’d call it "Action Movie Narnia." At the very least, it moves at a fast enough pace to keep even my young boys riveted. I don’t think it will end up as a favorite of their childhood, though, and likely won’t end up in our family’s regular movie rotation. As for the movie’s merits as a Lion, The Witch and the Wardrobe adaptation? I’ll go over that once I’ve reviewed all of them. Until then, have courage For Narnia and for Aslan!