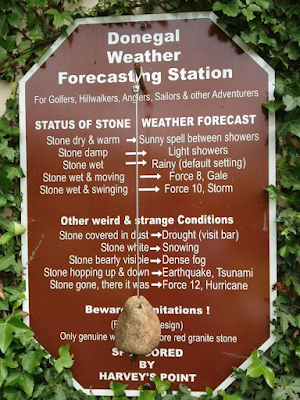 Weather Stones have been "prognosticating" the current conditions for as long as…well, probably as long as there have been rocks. They grace the sites of Boy Scout camps, cabins, hunting lodges, military bases, parks, etc. Essentially, anywhere you’ll find people spending prolonged periods of time outside together, there's a chance you’ll find a Weather Stone nearby. Certainly there was always one, either mounted or hung from a tripod, at every Scout camp I attended as a kid. So, at the very least, I can confirm they've existed since the '90s. Some are homemade, some store-bought, but they all tend to be similar, regardless of their origins. Likewise, the instructions (incantation?) may vary from place to place, but that ancient humor still abides... no matter how old it actually is. Perhaps they're a bit kitschy, or at the very least, an old and (possibly) overplayed joke, but they might can actually bring something to the tabletop. The Weather Stone in your tabletop games? It can be done!

Obviously, bringing these rocks directly into tabletop games would be the easiest way to include them. They could be hanging outside the local inn (or spaceport) your players have chosen to visit, providing an easy (and literal) touchstone to the common world every one is trying to escape together. If your players have heard of them previously, they may even start consulting it regularly, should they continue visiting the locale... even if it doesn’t really tell them anything. You might even consider giving the stone actual weather-predicting or controlling powers, although you should be careful with how dangling powers like within PC's reach might affect the power balance of the game.  In any case, this would be the simplest way to incorporate a Weather Stone. 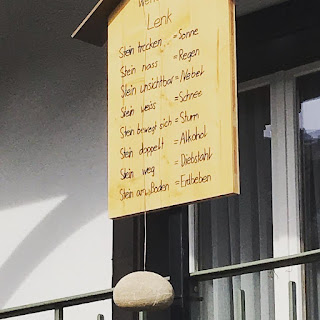 To come at it from a different direction, though, this can provide entertaining possibility for character "quirks." Consider the Ranger who sets out his fist sized Weather Stone near the camp every evening, always consulting it before the group heads back onto the trail. It could be a longstanding family ritual or something comforting from their pre-adventuring past. Or you might have a barbarian who actually believes the Stone's prognostication powers of telling what weather is going to happen in the... present. It's always accurate, after all, so it must be magic! Which also means it must be protected/defended, and is a source of great pride - their own little magic pet rock. Even in a sci-fi game, this could give a player a connection to their distant home, providing some background bedrock to build stories from. If you are going to include a Weather Stone physically in any of these ways, though, be prepared for players to be players and do weird things... like attempt to check if the rock is evil/good, or to eat/lick the rock, or... other verbs. If you regularly run games, I’m sure you know what I’m talking about and already have an idea of what your particular players are likely to try.

Another way to bring the idea of Weather Stones to your tabletop games is as a source of inspiration. You can always provide something similar as a local or planetary custom that might seem unusual to the PCs. Perhaps everyone brings a twig to social gatherings for the “fire” - even if the hosts have grown past the need of having a fire, stove or fire pit, it could still be tradition to bring twigs to group gatherings. Maybe everyone in a region wears a particular kind of garment from when climate conditions were different or less-controlled. Or perhaps everybody just wants their own personal rock to wind a piece of string around... doesn’t everybody? This tradition could be a source of local pride, a current custom, or an old way that's slowly being rejected by a new generation. One of the great things about Weather Stones is that they're relatively easy to describe. There's a rock, something to hang it from (and with), a list of instructions, and not much else. Likewise, you should keep your own selections simple. Just including these rocks (or an equivalent tradition) in a session, even without adding much to them, creates a unique situation players will find memorable. If you can find one thing every week to spend a small bit of well-crafted time on, you’re sure to do well with making player memories.

Perhaps this post gives an awful lot of credit to something that's just a stone-cold simple gag. If you look just a stone's throw past the rock though, you can find an amazing amount of potential to add to your storytelling at the table or elsewhere. The important thing to remember is that your goal is to always bring something into games your players will appreciate, even when they're just one-off descriptions. It might seem strange at first, but details like this enhance your games in ways you can only appreciate with time and distance. Now if you’ll excuse me, my rock is showing a "20" - that must mean it's time for gaming. Until next time, enjoy your rocks tabletops! 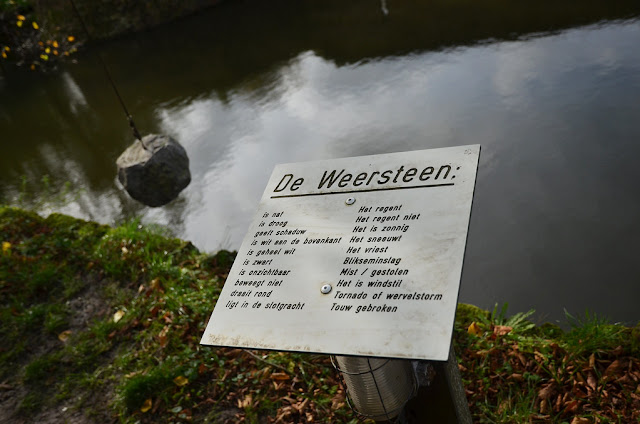