October 15th was World Math(s) Day. No, not the math day back in March, you’ll have to read our very first blog post to see our appreciation for that holiday. Even if the world can’t agree on calling it Math, Maths, or any other variation, I think most of us can agree that math is extremely important. While it's sometimes called the "universal language," math doesn't have a single agreed-upon definition. Part of this is likely due to how much the term incorporates: space, structure, quantity, change, even time. Humans tend to be obsessed with math, using it to explain their world and bring order to a chaotic universe... even attempting to mathematically define chaos itself. 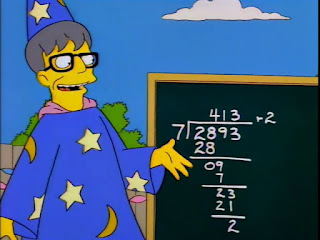 For many tabletop gamers, math takes on the physical form of dice, and while RPGs are relatively new to human history, dice are not. The traditional cubic D6 goes back thousands of years, with examples of stone and bone dice appearing in many cultures. Even the now-famous D20 goes back all the way to ancient Egypt. Your choice of system may lead you down the path of the six-sided die, the ten-sided or really any other, although many games today are most often based around the D20. Dice take us from the “I shot the Stormtrooper/no you didn’t/yes I did!” playstyle of young children to a common language or shared ruleset: “I shoot the stormtrooper!" [rolls dice] "I hit!” DMs/GMs/Storytellers/Arbitrators notwithstanding, math (along with its avatar, dice) is always at work, making the game's decisions and charting its path. 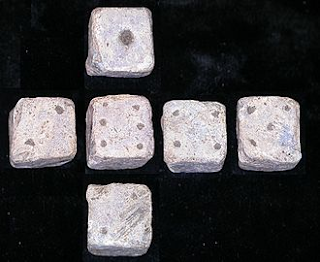 Even in diceless RPG systems, such as Amber Diceless Role-Playing and the Marvel Universe Roleplaying Game to name a few, it all always come down to numbers. Are you bidding the most points on a stat? Are you spending enough energy or effort to complete your task? It's all represented with numbers. Even when you switch to different iconography like playing cards, it comes down to which card is higher - numbers. Not to say that these systems are not a welcome change to the typical dice-heavy approach, and we all need a change of pace now and then. Playing a game using cards or chips as deciders can bring a fresh twist to RPGs that can often be bogged down with our precious dice. But, at their core, all of these systems still come down to numbers and math and humanity’s great propensity to organize, categorize and count. If you’re a gamer (or even if you're not) math is a tool we all use to communicate the world to each other. So, given our love of storytelling and tabletop games, we here at Never Say Dice wish you a happy Maths Day. Go roll some dice, add up your stats, throw down some chips, or count something. No matter how you choose to celebrate the holiday, it all adds up. 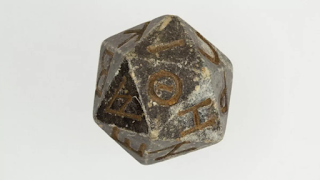