Be a Grinch! (in a Tabletop RPG)

The Holidays may be almost over (for a while), and we hope you’ve all enjoyed your seasonal music and movies/specials. We here at Never Say Dice have covered the infamous Star Wars Holiday Special and the new LEGO edition a few posts ago. A common thing many of us into tabletop RPGS like to do is incorporate media into our games. After all, many of us have grown up with the blending of media and the holidays as a given. It provides us a framework to build on and a common touchpoint to the people at our tables, virtual or otherwise. One classic character featured in holiday specials and commemorated in his own song is the Grinch, the avocado-green villain with strange cardiac growth problems apparently linked to his personality. The Grinch, villain though he may be, has a slew of characteristics that would make the character an excellent one at the gaming table. 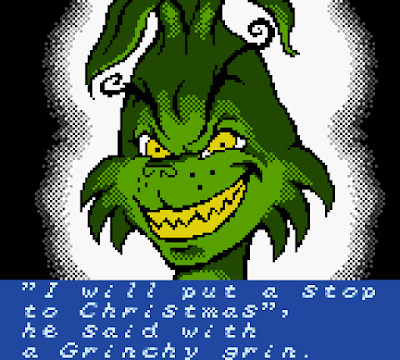 Those of you not familiar with Suess-lore may really only know the Grinch from the How the Grinch Stole Christmas animated special or the song "You’re A Mean One Mr. Grinch." However, there have been other specials featuring the Grinch (Halloween is Grinch Night, The Grinch Grinches the Cat in the Hat), movie adaptations (both the live action one starring Jim Carrey and the recent CGI version starring Benedict Cumberbatch), and a few books, including the original 1957 story that the special is based on. Recently we've even had (to put it kindly) an interesting musical adaptation starring Matthew Morrison. When looking at a character known to a larger audience, it's perhaps best to go with a common touchstone. For this post, we’ll focus on the two Grinch classics: How the Grinch Stole Christmas (the 1966 animated special) and the classic song featured in it, "You’re a Mean One Mr. Grinch" as sung by Thurl "Tony the Tiger" Ravenscroft, who would later provide the Goblins' singing voice in the 1977 animated version of The Hobbit. (It’s grrrr-eat!)

This brings us to using the Grinch at your table as a Villain NPC. What isn’t villainous about the Grinch? He is a vile bad banana (with a greasy black peel) that has the tender sweetness of a seasick crocodile. (We won’t get into the garlic in his soul. I like garlic.) He's both the title character and evil antagonist of his own special, and while he gets (spoilers) redeemed at the end, he spends most of the time plotting criminal acts and committing them. Even aside from that, he's kind of a jerk in general. He even has a henchman in the form of Max! One could also add a few nefarious gnomes or yeti to act as underlings in his endeavors. On top of all of that, he comes with a possible redemption plotline! If the players make the right moves at the right time, they might turn the Grinch, not unlike in the special, and he could potentially become a powerful ally in the future. If not, you have someone devious and strong for them to go up against. The Grinch is almost begging to be stolen borrowed for use as a villain NPC in your next campaign. You only need something for the Grinch to be planning. Perhaps taking down an annual religious ceremony paying tribute to one of those annoying gods? Maybe you should rewatch the source material to get ideas for your own campaign.

You may be saying to yourself now, “sure the Grinch is evil, he’d make a decent villain, but never a PC!” Allow me to reassure you, there are indeed many ways to include him. First of all, have you ever played a "villains campaign?" They can be quite enjoyable, and the Grinch would be a mild choice for one of those. The other straight takeaway is that redemption story arc. Great characters deserve a story arc of their own, and a "redemption" one is a great form for it to take. If we can get past the description in the song (obviously, the Grinch has a low Charisma score) I think we'd find a fun character in need of some help. He can even still be bent on stopping a religious sect that's bothering him.

Where do you start with building the Grinch in an RPG? Lets focus on D&D, as I feel this is an easy build. The big decisions we need to make are, of course, Race and Class. The Grinch, being sized comparably to the minute Whos, does not have a direct equivalent. There aren’t many microscopic types of people in the Forgotten Realms. Instead, we’ll go with the fact that the Grinch has cat-like features and make him a Tabaxi, green due to some sort of magic experiment. As for class, I believe the obvious choice is Ranger. Sure, many don’t like the Ranger, as it's not the most optimal class. However, it has many good links to the Grinch, and, besides, he isn’t all that optimal to begin with. The Grinch has an animal companion (Max), a favored terrain (take your pick: arctic or mountains or whatever Mount Crumpit is... an arctic mountain?), and a favored enemy (the Whos). The Grinch just reeks of ranger. With a hermit background, and a focus on dexterity, I think the Grinch would sum up a little something like this at level 3 (click here to expand): 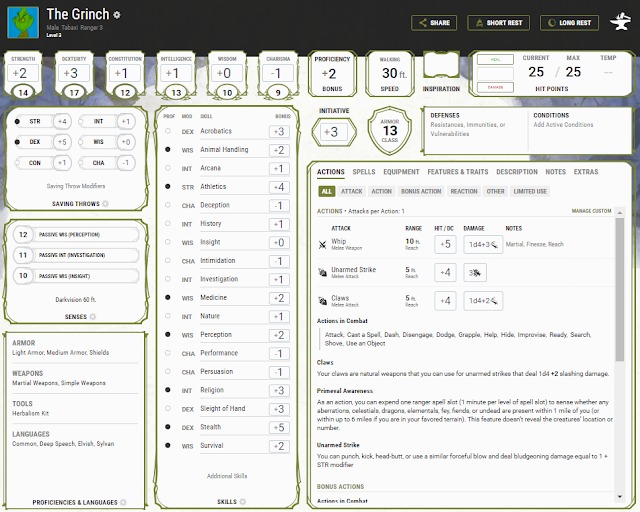 So folks, here's your permission from Never Say Dice. Be a Grinch at the gaming table. You’ll get yourself a character arc, as well as some good lore to build on. Maybe with the personality toned down a bit. You can add your own spin and reasoning to it all. Why is he green exactly? Wildmagic gone wrong? Additional favored enemy of seasick crocodiles? Wherever you take it, I think you’ll get some good stories. Until next time folks, Happy Holidays! 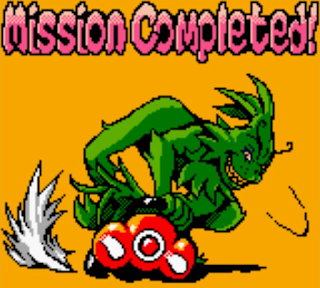 Don't want to be a Grinch? Need a belated holiday gift (or just some gaming swag for yourself?) Check out our affiliate Dice Envy and support the blog as you shop!