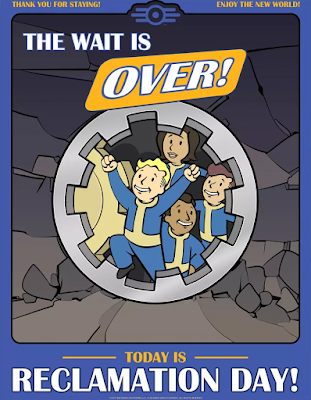 The COVID era, as we’ve taken to calling it, ain’t over yet - not by a long shot. But as vaccination percentages rise, restrictions are being eased at both jurisdictional and individual levels, and, while the decision is up to you and the other members of your pod (at least we get to use some cool futuristic terminology!), options are starting to open up. This week, we'll talk about our ideas for getting back to in-person gaming and and talk about how you can set up your own Post-Vax Agenda. - B

A: Strangely enough, despite how much we talk about it, I haven’t done any in-person tabletop games since over a year before the pandemic even started. Sadder yet, that campaign left a bad taste in my mouth like burnt pizza. I enjoyed it for what it was at the time, but now I wince at that burnt tongue feeling and nasty aftertaste. I have picked up a few games online since the pandemic started, and that’s been fantastic. Fortunately, those people are spread across multiple states, and therefore the games should continue until everyone is finally too busy working to pay attention to my thinly-spread stories. Where does that leave me for in-person games? While I do miss sitting around a table with friends from time to time, it’s hard to beat the convenience of playing by computer. A face-to-face game will come around eventually, though, and now is a good time to start thinking about how to prepare for it.

A few things you can focus on are maps, miniatures and the other physical accoutrements of tabletop games. The best time to start collecting and learning how to paint your own minis was a year ago, but right now is the second-best time. There are a variety of great tutorials out there for how to paint your own stuff. I’ve even seen a few places that teach you how to do your own custom builds from junk found at the dollar store. It is the time to finish up your DIY game projects and put the finishing touches on them before you display them to your friends. One thing I need to do is catalog a number of lovely maps I’ve purchased prints of and start connecting them to plot points in stories.

You may have read our post on bringing analog effects to the digital table. Now is also a good time to consider how you can incorporate these techniques back into your regular tabletop games. Are you going to bring those hats, puppets and props into your face to face games? My players have suggested possibly doing a split game in the future with some of us at the table and some in another state brought in virtually. That is going to take some consideration on how to bring those little touches to both parts of the group at the same time. No matter which way you’re going about your face to face games, remember that the reveal of those little extras can be very important (so don’t leave your stuff laying around!) make sure if your in person players get to see something, your virtual players get a look too. I have a slowly growing collection of minis I’ll be proud to share with both groups.

Bugsy, What preparations are you planning story-wise for your return to the physical tabletop?

B: A lot of people aren’t ready for doing things in larger groups yet, especially if they have to interact with populations that can’t be vaccinated yet (i.e., kids), so I’ve mostly been looking at games designed for a small number of participants. Of course, you still have to find the right person who wants to play, say,  a two-player GM-less game like Reflections or The Hour Between Dog and Wolf, or is also interested in exploring subject matter very different than that in most games (same). Story-wise, one of the advantages these kinds of games offer is that, frequently, the storytelling isn't all on a single person - everyone taking part helps to develop the story from the ground up. This type of game can also be a way to ease people back into the hobby (or try it for the first time), without the burden of expectation for clever plots and fiendish puzzles. I absolutely swear that I'm not planning to take advantage of people’s desperation following a year without gaming to make them play the weird indie games I want to try. Well… mostly swear. 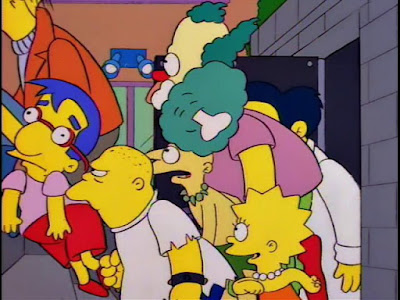 In any case, story planning will need to center on the kinds of experiences players want to have, which ties in with how they've processed the events of the past fifteen months. Plenty of players will want something light and breezy as an antidote to all the horror and stress, but others might feel it more appropriate to play something sad and poignant. I’m sure stories about hope and rebuilding following tragedy will be popular - I’ve definitely heard more people talking about The Quiet Year recently. Still others will want absurd dark comedies, where they can let themselves finally laugh about terrible things. Maybe it’s time to get back to Paranoia after all...

Andy, what are some battle plans GMs can make to get their games going again? Is it better to start with the battered old player guard champing at the bit for the games they’ve known for years, or to track down new folks hungry for social interaction and curious about this whole “Are Pee Gee” thing they've been hearing so much about? A carefully blended mix of the two? Whoever you can round up at the bus station?

A: Something we may all be forgetting about, especially with the convenience of enjoying tabletop gaming digitally, is the hurdle of scheduling. While scheduling can be an issue when you’re doing things virtually, you certainly have a wider range of individuals with whom you can play that match your preferred playstyle and time commitments. If anything, things going back closer to “normal'' is going to make it even more difficult. The pandemic has made virtual games a popular alternative, but people will want to start going out to sports games and performing arts events again soon. Both the players’ and GMs' other obligations are going to rapidly increase, which means more things competing for the time that a normal face to face game requires. To help combat that, make sure you’re using all the tools already at your disposal for scheduling. Set up those Doodle polls, and push out those digital invites. You’ll find the right time eventually. Most importantly, make sure you’re doing your best to be consistent. Be it a weekly, bi-weekly, or monthly gaming session, inconsistent scheduling can be the death of a campaign.

Given those constraints, I think your question becomes very relevant, Bugsy. Who are we all going to play with? We could simply answer “whomever is convenient” - that old “bus station round-up” you mentioned. However, the people we want to play with and the people we can play with are often two different groups. As we head back toward face-to-face games, I think Bugsy may be on the right track. Simple one-shot style rules-lite games can be an easier entry for people new to the hobby, and take away some of the scheduling issues. They also might give people a chance to get a taste of being a GM for the first time. If you’re considering running something rules-lite, might I suggest Risus? No matter what you decide to play, or whom you decide to play with, make sure you’re using your time wisely now, so that you’re ready to go whenever your players are. Then get on out there and break some dice!