Father’s Day isn’t a holiday I typically come to with a lot of excitement. While I love my kids, and care about my own father and other dads in my life, Father’s Day just isn’t something that I love to celebrate as a holiday. In honor of the day, though, and for those that do enjoy it, I’ve decided to use this week’s post to talk a bit about being a parent and a gamer. Both gaming (whether it be video games, board games, tabletop RPGs, or even all three) and being a parent can take up a ton of time in day-to-day life. If gaming is one of your passions, it's likely something you had to significantly reduce to make up for the time requirements of being a parent. Those unavoidable visits to the doctor, diaper changes, potty training, homework...the list of parenting responsibilities is endless. The list of games I’d like to play has also seems to have become endless in a very short amount of time. What can one do about it? (Besides obsessively organizing and cataloging your game collection.) The best solution is to include your children in the hobby as much as you can. What does that really mean though? 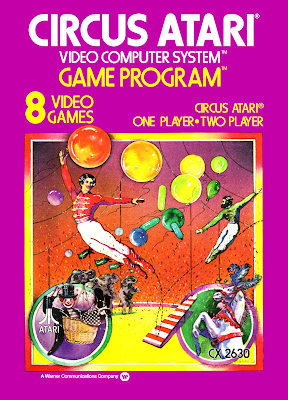 My first ventures into video gaming came from playing on the Pong console and the Atari 2600. I was lucky enough to grow up playing both - even before I could figure out how to press a button, my family included me in the games. I’ve often been told my favorite video game as a baby was Circus Atari. Apparently, I would giggle whenever one of the clowns missed their landing and would splat their pixelated bodies onto the cold, hard digital pavement. As soon as I was old enough to press a button and understand that it had an outcome, my family had me trying to play those games, and it wasn’t long before my father put me in charge of casting spells (pressing the spacebar when told) in the Eye of the Beholder games. Now, as a parent, myself, I’ve done my best to include my kids in the hobby. At times that's meant playing things I might not particularly enjoy or seek out, like the Paw Patrol games. Other times though, I’ve had my boys begging me to put on Marvel's Spider-Man. After all, video games are another form of media to be consumed and enjoyed together. While, at their ages, either of them would have trouble playing the game, they very much enjoy the story that comes along with the action, and are certainly able to follow along. To keep them engaged, they keep track of health and power usage, and pick what suits get worn. Most games have some metric you can ask your kids to track, even when you’re keeping a close eye on it yourself.

Board games are likely the easiest gaming activity to involve children in. I spent a lot of my younger years learning card games through watching my family play. Your kids may not be ready for something as complicated as Ticket to Ride or Progressive Rummy, but younger children seemingly always want to be involved with the cards or whatever randomizer your games might use, be it spinner, dice or something else. Many of the classic board games, such as Monopoly, even have junior versions with modified rules and goals to make them more accessible. They may not be your favorite games to play, but if you love the hobby, it's a great way to get your kids excited about it, too. A favorite in my household at one point in both of my children's lives has been Pop the Pig. The die used doesn’t even have any numbers, just colors. While there are still numbers involved, the game makes it easy for you to help your kids out - and maybe they’ll learn some counting, too. All this helps set your children up to be interested in more advanced games in the future. Maybe then you can dig out that old copy of Dungeon! that's been lurking in the shadows of your closet like a hungry grue (maybe go with the more recent edition and not the original TSR version, though?) 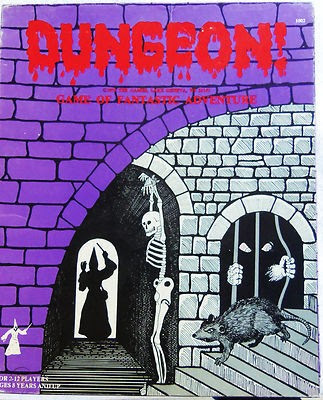 You might think that traditional tabletop RPGs would be the hardest of the bunch to interest kids in. With long sessions, tomes of confusing rules, and all kinds of dice varieties, your kids will never be able to play or even maintain interest! You’d be wrong, though. Just getting them to participate using lessons learned from the previous two types of gaming we've discussed can be very helpful. Let them roll your dice (I know you’re probably superstitious about them, or maybe just a little regular-stitious. In which case, give them their own set.) Have them help track your hit points or spells. All this will help them engage. There are also a ton of different systems out there specifically made to get kids into roleplaying. You may want to visit www.ttrpgkids.com to see what's out there - they have a list of 160+ games geared towards kids that is sortable by age range and system mechanic. (Also, have I mentioned Risus the Anything RPG before? Maybe it slipped my mind.) Once again, these might not be your favorite games, but they can be excellent primers to bring people into the hobby, especially your kids. Even before all that, though, it's important to simply engage your children in imaginative play. TTRPGs are often described as just the playground games of “I blasted you / No, you didn’t! I have shields on!” but with rules and guidance. Imagining with your kids now can set you up for tabletop gaming with them in the future. Whatever form it takes, remember not to kill their scenes and to always keep things moving with a "yes, and…"

What does all this come down to? Really, it's just spending time with your kids and bringing them into something you enjoy and are passionate about. If you love it, it's likely your kids will want to at least try it out for themselves. Be sure to let them lead as best as you can. Always give them something to do, even if it's gifting them that set of dice that keeps rolling 1s! Include them in your hobby, even if it isn’t gaming. If you don’t, you might regret it later in life. And if any of you have a parent into one of these gaming hobbies and you haven’t given playing with them a chance yet? Go visit, ask questions, bring out the games, and break some dice! (Please don’t literally break their dice.) They’ll appreciate the time and effort spent.

Happy Fathers Day, to all the Parental Figures out there!