A while back, I was on an expedition in my attic to find some Bill & Ted items in my collection, when I found a different treasure. It was an old roleplaying artifact: Dungeons and Dragons, Supplement 1: Greyhawk (9th printing). A 68-page pamphlet-like book filled with relics of a bygone age. The rules have changed over the years, but a dungeon delve into a piece of history can still inform us today. We’ve already looked at the “Men & Magic” section in a previous post and discussed percent chances, titles, and prismatic walls. Now it's time to take on a different section of the book, this one entitled “Monsters & Treasure,” to find more bits of bardic inspiration and explore the history of one of our favorite games. What will we uncover this time? An ancient magic item lost to history? Monsters better left to our nightmares? Time to turn to page 33 (including the cover, there are only 70 pages! It seems so short.) and find out. 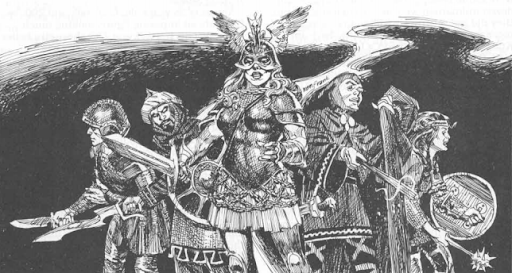 The very first thing that struck me about this section was its very first page. No preamble, preface, introduction, or what have you - just a giant table: the "Monster Reference Table, Hostile & Benign Creatures." This book, this mere pamphlet, is the first appearance of many of Dungeons & Dragons' classic creatures:  Umber hulks, Beholders, Tritons, Displacer Beasts, Blink Dogs, Rust Monsters, and Owl Bears. And that's just a few of them! These creatures all got their start in Greyhawk Supplement 1. It's tempting to go through each of these one by one and compare them to their modern day entries. Perhaps that's a post for another time. The second important thing that struck me were Druids. (The second thing that actually struck me was that the table wasn’t in alphabetical order.) Druids weren’t a class or a prestige choice at this point - they were one of those Hostile or Benign Creatures. This reminded me of something many of us should (but may not) be doing in their tabletop games - giving bad guys roles. We talked about giving our players titles and roles in the last Greyhawk post. More bad guys also should have these, and not just the leaders. Your humanoid antagonists don’t need to simply be "Thug Number 2," "Stormtrooper 4", or "Orc Brute #3." Lend them a level (or more) in something your players could have chosen: Barbarian 1, Scoundrel 3, or even Druid 2. Make sure your players are prepared for the increased difficulty, though. 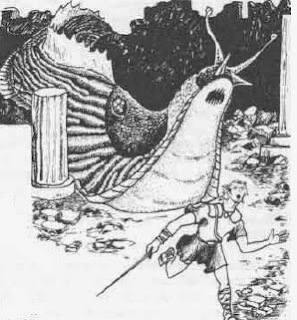 The other bit of inspiration I gleaned from this section came in the form of Giant Slugs. I’m not a huge fan of slugs to begin with, and the idea of making them giant is pretty off-putting. They’re also the last entry in the Monsters section before the book unceremoniously starts magic item tables on the very same page. These gross horrors get an immunity to blunt weapons and (what essentially amounts to) an acid-breath weapon.This begs the question though -  what else can we make even more horrifying by simply making it bigger and adding a few choice powers? How about Giant Stink Bugs with the Stinking Cloud spell? Giant Carnivorous Squirrels? The possibilities are astounding. Even when they've already been done, you can put your own spin on them. Make them unique for your world, and give your players something special and memorable from your time together.

The Deck of Many Things

There are plenty of magic items in the "Treasure" section, from magic swords to wondrous things. Some of these even got their start on these very pages. One of the most infamous magic items in the history of Dungeons & Dragons started here, and is the section's last entry - The Deck of Many Things. Often cited as “game breaking,” this deck brings fear to players and Dungeon Masters alike. In many of its iterations, the Deck can bring characters such boons as instant additional levels... or the calamity of death itself. The original Deck consists of 18 cards: 8 beneficial, 8 detrimental, and 2 jokers. Some effects are dubious, like "Lose your most prized magic item immediately." (Who defines which is most prized?) Others are brutal - "Immediate death, no saving throw." No matter what version of the Deck you decide to bring into your game, you should be cautious. But you could always alter any Deck you wish with your own rules and selections. You may want to run it past some other DMs first, though, to make sure your version is fair and balanced.

A Note on Nudity

One thing I shouldn’t have been surprised to see in this book was nudity. Many versions of D&D material include risque artwork, and this supplement is no exception. Midway through page 50, under "Miscellaneous Magic," we have a giant snake-like creature bearing down on two characters. The male appears to be dressed in nothing but a belt, but nothing scandalous is showing. The female appears to be wearing... nothing at all. I’m not sure if she's supposed to be a "damsel in distress" or a strong warrior - the artwork has cut off her hands (or there's been some kind of time anomaly). At some point, possibly after the "Satanic Panic" or the switch to WotC, D&D phased out nudity in their books. There are certainly some other risqué images, and third-party supplements may still have them. Just bear this in mind when pursuing this book amongst minors.

Greyhawk Supplement 1 is full of Dungeons & Dragons history. So many bits of magic and monsters got their start in this seminal work. From this history, we gain insight into current editions and inspire ourselves to create our own things. Be wary of the secrets these ancestral books may hold, and do your best to be fair and balanced when using anything from them, yourself. Make sure you take the opportunity to make your humanoids more interesting for your players to fight. Take a chance and develop your own monsters by making an ordinary creature gigantic. (Or add some wings!) Your players may laugh or be horrified, but either way, it should be memorable. This is one of the reasons we all come to the table -  to make memories with friends, both new and old. So, until the next post, enjoy making memories at your gaming table. 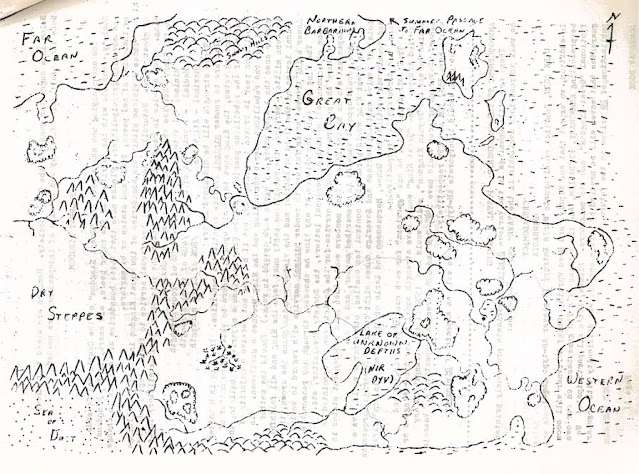