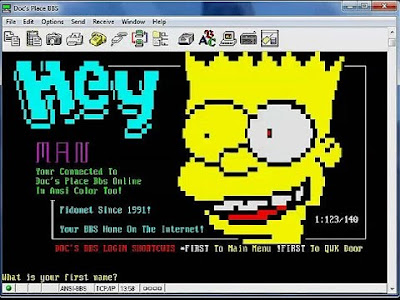 There's a good chance you've seen the name "Something Awful" somewhere in the past few days following the recent death of the site's founder Richard "Lowtax" Kyanka. While some coverage will certainly be about  the bizarre, "butterfly effect" story of the way a number of banned SA forum users would set the stage for the modern alt-right (as described in the rather exploitative book It Came from Something Awful: How a Toxic Troll Army Accidentally Memed Donald Trump into Office), little seems to be about the site itself, which is, frankly rather bizarre and speaks to the relative absence of Millennial voices in the current media landscape. Not only has the site been a solid fixed point on the ever-shifting internet for over twenty years, many creators and media figures around the ages of your humble Never Say Dicers credit Something Awful for developing their identities, viewpoints, and senses of humor, from journalists to authors to comics artists, to (unavoidably) the people who make, play, and talk about tabletop roleplaying. This post won't be about Something Awful itself so much as its structure and format, one that's largely missing from the modern online landscape, but had a huge influence on Andy, myself, and many others.

In the "social media" age, where we are carefully tracked and categorized, with elaborate and terrifyingly complex profiles automatically built about us simply from us doing the things we need to engage with the modern world,early online spaces' focus on absolute anonymity seems an absolutely foreign concept. We learned it on dial-up bulletin boards, those wild and bizarre spaces defined more through geography than actual shared interests. (Another thing that's hard to believe to day is how expensive long distance calls used to be.) Those DIY spaces still showed their origins in CB radio through terms like "handle," and, like CB radio, you were presented solely through your words - no pictures, no identifying info. The most socially anxious person could be cool and collected as far as any readers knew. The dweebs could suave if they wanted, and the suave could drop their guards down and be the dweebs they wouldn't allow themselves to be in public. And early forums, of which Something Awful is one of the last remaining, took this format from the regional BBSs onto the internet and far larger communities than we ever could have imagined just a few years earlier. 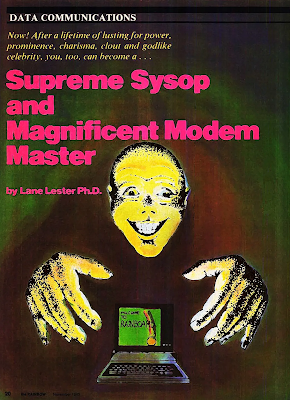 Naturally, these kinds of online communities have had connections to tabletop roleplaying since the very beginning, coming as they were from the same primordial nerd ooze of the 1970s, allowing gamers to find each other, to share ideas and homebrew rules, and even to try running actual sessions across the wires. But the connection, as it were, runs even deeper and into the conceptual: in these spaces, we were all roleplaying characters. They often resembled us, but even then it would be a "curated" version, the selves we couldn't be in person. And they could just as easily be nothing like us, fictional identities that we could embody for a little while... the same way we do at the table. These personas were revealed in the same way our characters are, though the things we said and the things we did, without visual or social preconception, in the imagination of our audiences and conversational partners.

There are still webforums out there, of course, utilizing that same format. But most of there are focused on specific shared interests or topics, so there's a baseline familiarity that even total online strangers can assume. You're there because you all own the same kind of car, for instance, or love of photography, or aspire to being published writers, or... Something Awful, on the other hand, still has that same broad openness it did when it was first rolled out, and that (and an extremely dedicated userbase) has allowed it to stay active and, most remarkably, independent after all this time. Out of modern sites, Reddit perhaps comes closest, but the voting system allows for a more curated, directed experience than SA, where there remains the simplicity of the thread topic, the username, the avatar... and the words.

This isn't intended as an advertisement for the the Something Awful forums (although I recommend people who have never had this kind of online experience give it a shot), but rather a few thoughts rattling around my head as I've seen people reflect recently on how the SA space and community has influenced them throughout their lives, and the echoes I see in the stories we tell, the games we play, and, yes, even the blog posts we cast out into the ether. And, like all of these, it grew through engagement to become something new and different with each additional voice, far beyond the visions of their original creators. It's worth taking a moment, then, to stop and appreciate how magical these kinds of spaces are, whether they be based out of a rickety old computer in someone's bedroom, the vastly distributed space of the "cloud," or at your table (physical or otherwise) with friends.

Thank you for letting us share that space with you.