Roleplaying games have been around for quite a long time even before the first edition of  Dungeons & Dragons was published in 1974. You can go back into the history of Commedia dell’arte (improvisational theatre) in 16th century Europe and see this form of storytelling (and, if you want to read about similar, but more recent, traditions, take a look at our posts on the Maryland Renaissance Festival.) Even before that, there were ancient historical re-enactments and storytelling in many different cultures. Modern tabletop roleplaying games are quite different, even from their 1974 form, but commonality is shared across all these. After all, we’re still just playing playground games with the assistance of rules and dice. In recent years, there's been a boom in roleplaying games due to a number of factors: The internet making it easier to find new players and even run play sessions online. General dissatisfaction with our own realities, shared or personal. One force driving the hobby's recent popularity is Critical Role, and, more specifically, the man at the helm: Matt Mercer.

If you’re familiar with the show, you can probably skip this paragraph (But please read it anyway? Or, better yet, read one of our other posts, then come back to this one after you've skipped this paragraph.) Critical Role is a Twitch-streamed (vod can be found on YouTube, and there is a podcast as well) Dungeons and Dragons campaign(s). All played by a bunch of friends who also happen to be (among other things) talented nerdy-ass voice actors. At the time of this writing, they’ve just started their third campaign in the series with an animated series on the way based on their previous adventures in the works on amazon to be released in 2022.

What exactly is the Matt Mercer Effect? People really mean two things when they’re talking about this. The first, and the thing that people typically mean, is when new players have the expectation that every DM will be like Matt Mercer. They expect you to be super professional with dozens of amazing and different voices, have decades of world lore compiled in your head, epic level storytelling prowess, and be a master of the rules of the game. That is only just for starters. When you fall short of this, the new players may become dejected or disillusioned with you or the hobby as a whole. At the very least, they’ll likely be pretty disappointed and at worst a bit angry. The other thing the Matt Mercer Effect can mean is the general boon that Critical Role has been to the hobby. Setting a great (if unattainable) example for other potential DMs. Showing tons of people at least one way these games can be played. Getting people excited for the hobby. All of the things that bring, and have brought, a plethora of new players to the table. 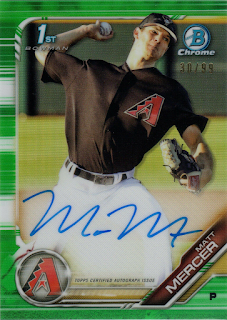 While Critical Role, and Mercer, have led the way, they haven’t been the only ones to start streaming their games. Nor were they exactly the first. There are a ton of other streamed campaigns out there, both in video and podcast form. You can even find half of this blog (Andy) running a one-shot on Extra Life for LORE Liveplay’s Extra Life Stream. The onset of COVID seems to have brought a number of people from their home games onto the internet. While these streams can range in quality, there's no denying that some are just as well-put together and run as Critical Role is. These professional (or, at least, professional-looking/sounding) productions are out there, and you’re bound to find your own particular cup of tea if you look around enough. What does this really all do, though? It can all result in high expectations, even when they aren’t set directly against Critical Role or the so-called Matt Mercer Effect.

With all of these options and examples, what exactly can be done? How do we fend off new players who want us to do crazy voices we just aren't capable of creating? How do we deal with the people who demand that we create custom worlds down to minute detail? The short answer is, don’t. The real answer is to simply try and manage expectations. Stop complaining about the bar Matt Mercer's set for a few moments, stop complaining about the "unrealistic" demands and take that time to actually talk to those new players. Find out what's brought them to the game and what they're excited about. Let them know how you got into it, yourself, and what the game you’re running is going to be like. Chances are, you’ll have a new player that's better equipped to participate in your game and less likely to bring complaints or leave the game after a session or two. At worst? You'll find out their play style or expectations don’t really match your own. Their fun isn’t wrong, and neither is yours. That, my friends, would be okay, too. Be happy that there are more players out there, and that we all have games to enjoy. 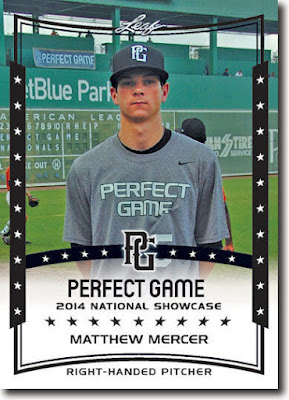 So where does that leave us? First of all, can we give the guy his name back and stop calling it the Matt Mercer Effect? Given the popularity of other streams, it seems a bit wrong to single him out (even if we are doing that in this post). How about "the Professional Game Effect?" That would incorporate everyone (maybe not the... less-than-enjoyable streams). Certainly, there are other great examples of games and DMs out there in all sorts of genres, doing all sorts of streams. You just need to find the ones that suit you. Be kind to your players - after all, you don’t expect your new players to write ten page backstories or be expert improvisers with distinctive voices right? ...right?!  And don’t forget to be kind to yourself. You can also get your own expectations up and end up falling short of them, yourself. Be careful with this. It doesn’t hurt though to try emulating different DMs to see what skills and tips you can pick up. Most of all, lets all just appreciate the tabletop gaming renaissance that's out there right now. Maybe I’ll see you at my own gaming table some time. Until next week friends, get out there and break some dice!