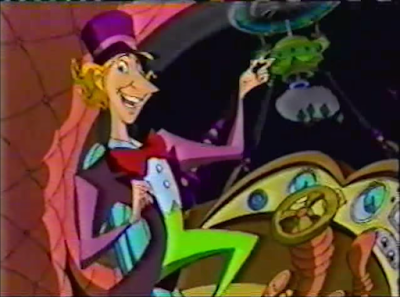 Every spring, in at least some of the religions practiced in the States, brings yet another holiday full of varied confections: Easter. For some reason, perhaps it’s the candy content or the garish colors associated with the holiday here, Willy Wonka & the Chocolate Factory seems to be the movie that most often comes to my mind. While there are other pieces of media that are more “classically Easter” entries, Willy Wonka just seems to belong here. Perhaps there’s something to those giant eggs, as well. Whatever the reason, it’s in our common consciousness around this time of year, and that has had me thinking about a couple of common internet theories. One common thought is that the titular character Willy Wonka is an incarnation of Doctor Who’s (only semi-titular) protagonist, the Doctor. The other would have you believe that Willy Wonka is a cartoonish supervillian originating in the DC universe, most likely one of Batman’s adversaries. For this post, let’s go over the arguments and see if we can come to a conclusion - is Willy Wonka a Cartoonish supervillain… or a Time Lord?

What is Willy Wonka like as a person? This can be a bit hard to judge from Roald Dahl’s writing in the books. However, we can look at his portrayals in movie adaptations. Calling Johnny Depp’s portrayal "polarizing" would probably the kindest way to put it. In short, it would be easy to say that Depp’s take on the character leans into the madness that can be Willy Wonka. Perhaps a madness that needs to be locked up in Arkham? You can see a bit of that darkness there in Gene Wilder’s version of the chocolatier as well, but the same can be said for that renegade Time Lord, the Doctor. Both Wonka and the Doctor are shown to have whimsical childlike qualities, laid atop a genius mind and wild eccentricities. This is shown to be reinforced by the fact that both the Doctor and Willy Wonka are older than their faces would give you reason to believe. The same might be said for a few DC villains, most of them avoid the standard ravages of human aging. On the whole, though, this round goes to the Time Lord. Sorry, Supervillain Theory fans!

One thing that stands out about Willy Wonka is his outward appearance. His description from the books is as follows:

Mr. Wonka was standing all alone just inside the open gates of the Factory. What an extraordinary little man he was! He had a black top hat on his head. He wore a tail coat made of a beautiful plum-coloured velvet. His trousers were bottle green. His gloves were pearly grey. And in one hand he carried a fine gold-topped walking cane.

Covering his chin, there was a small, neat, pointed, black beard - a goatee. And his eyes - his eyes were most marvelously bright. They seemed to be sparkling and twinkling at you all the time. The whole face, in fact, was alight with fun and laughter.

And oh, how clever he looked! How quick and sharp and full of life! He kept making quick jerky little movements with his head, cocking it this way and that, and taking everything in with those bright twinkling eyes. He was like a squirrel in the quickness of his movements, like a quick clever old squirrel from the park. 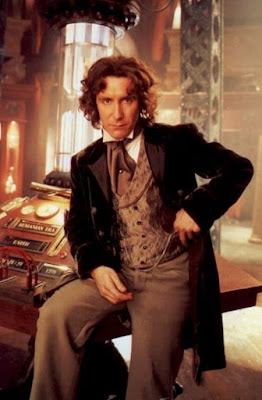 While the Johnny Depp version does have an iconic look, Gene Wilder's probably better matches the book, as well as the art work in various iterations. How does this compare to our possibilities? Certainly, supervillains are no strangers to some crazy styles. You could certainly picture Willy Wonka standing next to incarnations of the likes of the Riddler or the Joker, and not seem out of place at all. There are plenty of supervillian looks that have less showiness to them, though. It ultimately comes down to which versions of the super villain you're looking at across numerous live-action, animated, and comic incarnations. While Doctor Who has its own adaptations as well, the eponymous Time Lord is mostly known from the different regenerations of the same character in the TV series. Given some of the stranger looks the Doctor has had, Wonka wouldn’t even necessarily be the one that stood out the most in a line-up (we’re looking at you Sixth Doctor, Colin Baker!) This decision could easily go either way, and unfortunately ends in a draw.

It is hard to ignore the multitude of tiny orange skinned, green haired, (figurative) elephants in the room. We, of course, are talking about the Oompa-Loompa. At first glance, the easy win here would go to "Supervillian." They come when Wonka calls, they’re all dressed alike, they sing creepy songs, and they keep Wonka’s criminal enterprise going with shady activity. Those things all should definitely lean us toward "Supervillian." However, we haven’t talked about the history of the Oompa-Loompa. Instead, we went right for the obvious. Unfortunately, they were first conceived as “African pygmies” in early drafts of the novel, and then became white-skinned and golden haired after... unsurprising criticism. The writing was also changed to have them originate in “Loompaland” a region of Loompa, which is a small island located in the "Hangdoodles." If that isn’t odd enough, Wonka's saving them from the condition of being hunted by namely: the Whangdoodles, the Hornswogglers, and the Snozzwangers. Is any of that sounding alien to you? Aliens, perhaps saved by a Time Lord like the Doctor? While the Doctor doesn’t have any henchmen, they have had a variety of different companions. On the other hand, we never hear the Oompa-Loompas themselves talk (or sing) about their background, and it is just the insane kind of story someone who belongs in Arkham would come up with. There is an argument here for "Time Lord," but this round goes to "Supervillian." 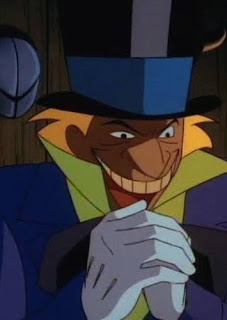 Before we ride this post off into the chocolate waterfall sunset, there's one last subject we should cover: vehicles. It's hard to forget that Willy Wonka famously ends with Wonka and Charlie launching off from the factory in a flying glass elevator. This is easily comparable to both our two possible Wonka personas. Taking a look at the DC Universe, we've seen no shortage of villains' strange vehicles. They’ve had themed cars, motorcycles, boats, spaceships, and even umbrella helicopters. A strangely moving glass elevator could fit in with this odd assortment. Who are we kidding here, though? The TARDIS of Doctor Who fame is the obvious comparison here. The Glass Elevator and the TARDIS are shaped similarly and feature bizarre control and propulsion systems. The glass elevator even goes into space in the sequel book! The only thing the Glass Elevator is really missing is being bigger on the inside than it looks on the outside. It's still possible that it somehow is (they do fit quite a few people in there), but we can only go from what we’ve seen and been told. Still, this category easily goes to "Time Lord."

With one round going to "Cartoonish Supervillain," one round a draw and two rounds going to "Time Lord," this argument easily goes to "Time Lord." Possibly Wonka is even an incarnation of the Doctor. There are certainly other aspects of the character we could discuss, though. We could talk about their “adversaries” and the motivations behind their actions. What would you like to see worked into the argument? Either way, a new movie about Wonka is scheduled to release in 2023 as a prequel with Timothee Chalamet playing the whimsical chocolatier, along with an announced Netflix series based on The Great Glass Elevator. Perhaps this will provide new insights into the character and allow us to make a definitive position on where they belong - fighting Batman or saving the universe. Let us know your own arguments though Facebook and Twitter, and maybe we can include them when we revisit this topic. Until next time dear readers, enjoy your worlds of pure imagination! 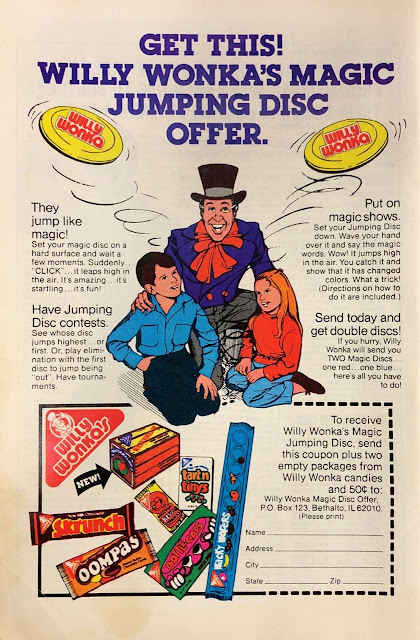