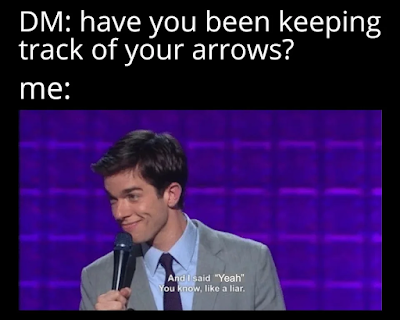 Being a fan of obscure holidays, they tend to serve as inspiration for my games from time to time. This time around, it's National Archery Day which has been celebrated on the second Saturday of May since 2015. I wouldn’t want to shaft this particular holiday, so in this post we'll take aim at an aspect of gaming that can sometimes get ignored: ammo. If you’re going to be playing a tabletop game involving combat, there's a good chance it will feature some sort of ranged weaponry. In a fantasy setting, this will likely take the form of longbows, crossbows, and slings (and perhaps even the occasional flintlock), along with their respective ammunitions: arrows, bolts, and bullets (or "ball" if you're a Flintlock Aficionado). Of course, you might have thrown weapons such as spears, axes, and knives, as well. A more modern setting might use grenades and any number of guns with a variety of projectile types. Something in a sci-fi or futuristic genre will probably have some sort of blaster, phaser, or photon gun, all using their own power packs or clips. (Not to mention the trend of the past few decades to use modern guns tweaked to look more future...y.) The question remains, though: should you track ammo during a game, and, if so, how?

If you choose to track ammo in a tabletop game, there are a few things to keep in mind. Depending on how many ranged combat attacks you're projecting, it can look like a pretty cumbersome task. When you break down the numbers, though, it's not as scary as you might think. A typical combat session may last 3-5 rounds, but, for this example, let's go extreme and say it lasts 10 rounds. If your standard round is about six seconds, that works out to a full minute of “real time” combat. Even with characters that have multiple ranged attacks, it's about 20-30 ammo (of whatever kind) for an entire combat. If you break it down like this, ammo management doesn’t seem that unwieldy. Although, if your players like to stockpile, and your group keeps track of encumbrance, weight (or even, depending on the system, storage space) becomes a consideration. On the other extreme, parties that travel too light can find themselves with insufficient ammo when the need arises. Reuse, recharging, and restocking can help a bit here, but will only take things so far. 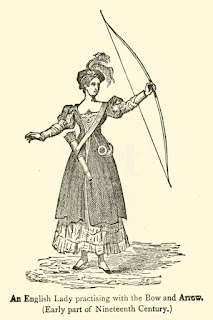 Another issue is who will be doing the tracking and how they're going to do it. If the players at the table aren't the kind to take extensive notes, getting them to track their own ammo on top of other game statistics such as hit points or abilities will be a chore... but having the GM handle it entirely on their own can be far too cumbersome. This may be a make-or-break decision on whether you'll be tracking ammo in your game. Generally, if a player is interested in ammo tracking, there's no reason not to let them. If everyone at the table is interested, it might be time to consider a "survival"approach where keeping track of a limited number of supplies becomes a factor. In any case, tracking is certainly easier in the digital realm. There's no need to count the shots left on your blaster's power pack or the number of crossbow bolts fired on a sheet of paper, slowly building up a smear of pencil lead and rubbing a hole through your character sheet. (Ranged weapons are all about leaving holes in other characters, not your own, after all!) For a game tool like D&D Beyond, you can do this simply by updating the ammo quantity in your inventory. Other games may not have that level of support, but a digital inventory in a spreadsheet is a great way to stay organized, and leaves things open to keep up on updated quantities of your ammo... without worrying too much about your quantities of paper.

Larger single use items are a different matter. Things like grenades will be easier to track, since they're going to be a bulky, single-use object. Still, one could homebrew a form of energy grenade with the potential to recharge, in which case there should be some limiting factor to keep an eye on, whether it's the available power source or simply recharge time. For thrown weapons of the less-explosive variety, knives, for example, the bookkeeping aspect will be similar to ammo-using weapons, but with pared-down numbers. While a character might keep multiple energy packs, arrows, or bolts on them, they probably only have a handful of knives, axes, or other large throwable items, given their bulky nature. Since these will be easier to recover after combat, it's unlikely there will be a need for much tracking... unless something catastrophically bad happens like weapon being thrown off a cliff or sucked out an airlock. (A GM might feel slight guilt doing this with a larger weapon, but probably none when it's just a single bolt or bullet.) Generally, though, you should have an easier time having players track these types of items in their inventories themselves.

In a sense, the issue comes down to is how much "realism" you want versus active playtime. The higher precedence you put on realism, the more you track things like ammo, the less time you actually spend playing the game with the people at your table. (Your mileage may vary, of course, some groups find  supply tracking to be a very playful activity.) There are absolutely games (and players) that place a high value on that level of realism. One hopes that most of you will find games with an appropriate balance for everyone involved. After all, many of us use roleplaying as a bit of an escape from the pressures of real life and all the record keeping it requires. Whether you decide to track your ammo, or lie about it and say you're tracking it, take a moment to think about how, ultimately, you’re just trying to enjoy a story with friends. For all you GMs out there, have your players lose a weapon every now and again. It won’t kill the game, and I bet you’ll all find brilliantly memorable ways of doing it. Until next week, enjoy your tables, no matter what projectiles you're flinging across them.... imaginary or otherwise. 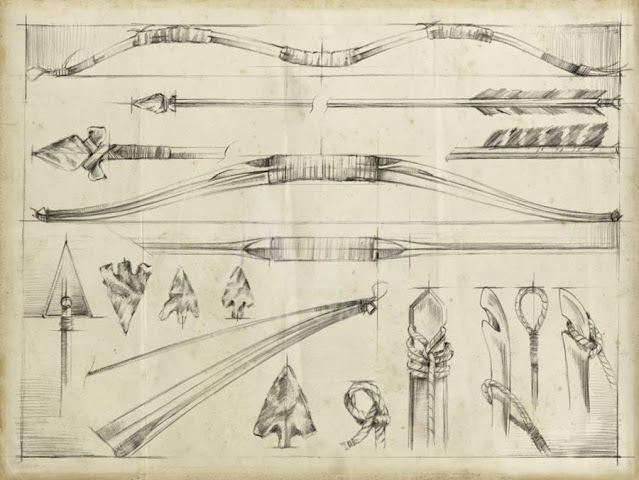