Hooked with a Feeling: Reaching Prospective Players through Media 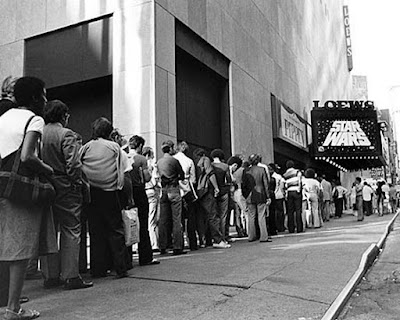 “Oh man, it was so cool when…” We’ve all heard it from our friends and the people around us when talking about the media they’re engaging with, whether it be movies, books, TV, comics... you name it. For those of us who run tabletop games, words like these tend to get our GM-senses tingling. But how do you go about “making the pitch” to get them interested in joining your game? How can you take the things you know people like and build interest through them, even if your game isn’t officially attached to that media property? After all, “I heard you like explosions…” only tends to work on other GMs! - B

A: You'll probably find that there's a decent system for whatever media you overhear someone showing an interest or appreciation in. Spy movies, action flicks, fantasy shows, space operas... they all have their own systems, sometimes multiple, and often even attached to the specific property they’re interested in. It won't necessarily be what you want to run a game in, though. No matter what they like about the media, one great tack to take, aside from what they enjoyed specifically, is "what would they do differently?" If they were Han Solo, Harry Potter, Black Widow, Samwise Gamgee, Arya Stark or John Wick, what would they do? This is, in essence, what roleplaying games are about, after all. You take an existing universe (even if it's one you create with your friends), put a character in it and explore how they act and react. People will often have strong opinions about how characters act, even with their most beloved franchises. Getting someone to explain what they would do, had it been them, brings them one step into roleplaying. Then you can mention how well that would incorporate into tabletop gaming.

The next step with this tactic is figuring out how to include their ideas in a game and show a potential player how things are possible. The problem often comes down to simply not knowing the media as well as others. Perhaps you haven’t seen the latest Marvel movie yet or aren’t familiar with a particular TV show. (Personally, I only watched Game of Thrones this past year.) Finding common ground is key here. As long as you know the genre, you have a good shot at finding some media you’ve both seen and appreciate. Once you do, it's easy to reminisce over favorite shared moments and start relating these back into tabletop gaming. It's okay if you don’t find those moments, though. If you can’t find that common ground, you'll at least find something you understand. If you don't know the characters as well as they do, you might consider putting a situation to them as above, but ask what they personally would do - the scenario is happening right here and now, but with them instead of the character. It doesn't even have to be what someone would do differently, but what they'd do at all, even if it ended up being exactly the same as in the movie. And when it is, you'll still get further insight into what they like and how you might relate with them. Bugsy, how do you relate back to media you don’t know or what do you do when someone knows a media property much better than you? 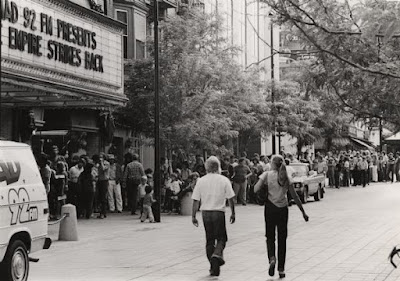 B: To me, the ultimate narrative unifier is tone, even when it crosses genre boundaries, and, thankfully, this is easier to glean through cultural osmosis than ever before. (See, the internet is good for something besides this blog!) Even though I haven't seen any Game of Thrones yet, I have a fairly good idea of what it feels like, and if you can get someone to go into detail about an aspect they enjoyed, you'll have more to build on, even when you aren't familiar with the specifics. If additional properties come up, you'll have multiple points from which to triangulate a course. Paradoxically, it can be more helpful to be given seemingly contradictory examples than things that are overly similar, as the wider range can help you determine the underlying qualities that connect with a person - not to mention that it also increases the number of reference points you may be familiar with, yourself.

This isn't to say that genre isn't a significant consideration, particularly as I define it (a set of agreements between audience and creator about what a work should contain), but genre descriptors on their own can be too broad to be useful - at least without additional clarification. To (once again), go back to my favorite game, simply calling Paranoia a "sci-fi comedy," doesn't help much if the reference points are Red Dwarf, Dark Star, or Galaxy Quest - all parodying Star Trek, to one degree or another. But if Red vs. Blue, Fallout, Futurama, or (especially) Sealab 2021 come up, I know I'm talking to someone likely to "get" what I'm going for when I run the game. (And if they mention Brazil, I know they're even going to appreciate the darker "Straight" style of play.) The same goes for things like fantasy or horror, if you enjoy the genre well enough to run games within them, you should be able to ascertain from a few name drops where someone falls along the "palace intrigue" versus "heroically killing monsters" spectrum for fantasy, or the "lurking, incomprehensible threat" to "let's go get 'em" for horror.

This is where the handy "elevator pitch" comes in, specifically the "X meets Y," format that's become something of a Hollywood cliché at this point, but is a lot more useful when talking to fellow fans than big studio execs. This brings into focus some of the specific elements of familiar properties you'd like to build on: "Star Wars meets Lord of the Rings" suggests which aspects in each you're referring to, and conveys a different meaning than "Star Wars meets Deadwood" or "Star Wars meets M*A*S*H." Having said that, you should be able to back up your claims, lest you come across as pandering to a prospective player. Saying "Hey, I'm running a game that's basically Ghostbusters meets Game of Thrones" gets points for alliteration, but requires some pretty detailed followup explanation when the inevitable "how would that even work?" response comes. If you're able to actually bridge the two an interesting way (particularly if they've directly influenced your game), you've probably got yourself a new player... schedule permitting, of course.

Finally, there's the issue of incorporating the aspects you've sold people on into your games. Groups will include players who want to see different elements and of themes of their favorite works, and it all has to mesh together - it would be rude to re-do everything to match the expectations of a new player for their first session, then change it back once they've joined the group. Thankfully, people will tend to hone in on the things they like, even if they're alongside stuff they're not as interested in (provided it's not material they actively dislike, or clashes to the point of distraction). Not to mention that gaming is a group activity: players, especially new players, should be encouraged to think about the media that inspires them at the table as well as during character creation, and their involvement in the process of communal storytelling with grow the narrative in new, and often unexpected way. You may not have started out trying to do H.P. Lovecraft meets How I Met Your Mother, but if that's where the players take things, it will be quite a ride for everyone involved. 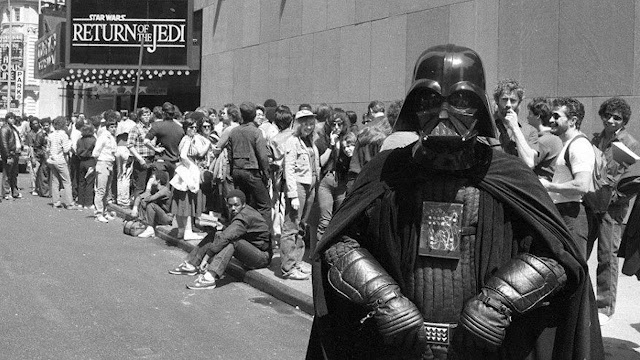