Take Me Down to Parody City 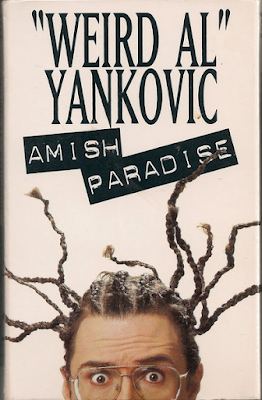 The NSD Team are both 90s kids, and nerdy ones at that, so the recent passing of rapper Coolio hit us both because of his own work (near-inescapable for a period in our adolescence) and because of the odd relationship he had with "Weird Al" Yankovic's parody of his biggest hit, "Gangsta's Paradise," as "Amish Paradise." Al had been given permission by Coolio's record label, but not Coolio himself, who had issues with his work being parodied. To my knowledge, this is the highest-profile of a parodee being upset about Al's version, and it's certainly the one time I was around to experience it. But what makes a parody stick with us just as long as the original, and, in some cases, even longer? What do we, as audiences, get from them and how should we approach them as creators, ourselves?

"Weird Al" Yankovic,as I've written about before, played a vital role in my musical journey. He wasn't constrained by genre, so each Al-bum was a pop culture smorgasbord, offering a sonic spectrum beyond anything one might experience spending the same amount of time listening to the radio or watching MTV - not that I was doing either, of course. One thing I've noticed about other nerds is a near-universal love of comedic music, sometimes to the point of loving something done jokingly while also declaring a loathing of the same sound played straight. (This is a major undercurrent, unfortunately, of "nerdcore" hip-hop.) Al is a master jokester, using them to combine disparate genres into a function whole. Not to mention his distinct voice serving as a consistent hook and acting as a joke in itself: Al sounds goofy no matter what the song is. But the humor can also obscure his skills as a musical craftsman and fan of the craft - unlike many musical parodies, Al's work rarely mocks the songs themselves for simple or annoying: the closest I can think of is "Achy Breaky Song," which Al felt guilty enough about to donate all proceeds from the single to charity. While some parodies are about the performer's eccentricities, most shift the subject to something else - mostly, per his own admission and referencing Talking Heads about TV and food.

Structurally, this is the ideal approach to a parody, and certainly one expertly used by The Simpsons at its peak. It allows for the parody to serve as part of a functional whole (whether as a song on a record or a scene in an episode), while also taking advantage of the craft exhibited in the original and (ideally) audience familiarity with the original. If the parody is well-constructed enough, though, familiarity isn't necessary at all: my discovery of all kinds of music through "Weird Al," for instance, or people recognizing classic films re-created on The Simpsons decades later. It's also a lot more work, essentially building the original all over again in a different form rather than taking the lazier simpler approach of assuming audience familiarity and making a reference. It's not uncommon for artists to start in one form of parody and move into the other: Al himself started with simple renditions of songs on accordion and eventually moved to an incredibly nimble and capable band that could recreate any style seamlessly. 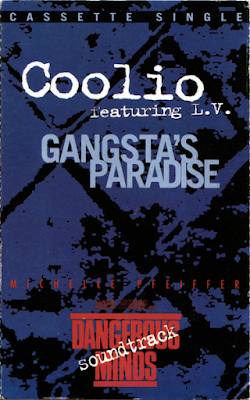 For aspiring parodists (which, if you're reading this, I can assume you to be, at least to some degree), this kind of standard can be daunting. But, I'd argue, it's more about approach than technique - the latter is only developed over time. To go back to the (hopefully not too tired) well of my favorite tabeletop RPG, Paranoia, as a comedy game, often utilizes parody throughout, from individual characters to scenes to entire scenarios. Earlier pre-published adventures often felt it sufficient to simply make references and let the participants' familiarity with the subject matter provide the humor. One example is the module "Clones in Space," best-remembered now for its legendary Explosive Decompression Table. If the players have managed to survive to the end, one of the final scenes involves a dogfight with alien craft called "PIE Fighters," which are shaped like... pies. The joke requires familiarity with the Imperial fighters in Star Wars and, aside from the inherent silliness of spaceships shaped like baked goods, that's it. If I were handling this kind of scenario, I would try, as best I could, to recreate what space combat would be like in the Paranoia universe - probably through the PCs lack of clearance to actually use necessary systems. (This may be inspired, like much of my Paranoia material, from real-life workplace situations). If I make an effort to recreate the situation of a scene familiar to players, I can trust them to find the humor inherent in the shift of context or tone. Would it be as clever as "Like a Surgeon" or "It's All About The Pentiums?" Almost certainly not, but, if Al's taught us anything, it's that it's always better to both the source material and the audience.

Which brings us back to Coolio. If Al's treatments are so respectful, why was he so opposed to haivng his work parodied? (Even if, decades later, he would call this reaction "dumb.") While I'm certainly not at his level of success in my own original musical endeavors, I can still see where he's coming from. Al's parodies rely on works of songcraft existing on their own in the popular consciousness, separable from their subject matter and even creators - on treating music as "product," in other words. And while, given its success both as a standalone single and part of the Dangerous Minds soundtrack, the reality of "Gangsta's Paradise" as product is inescapable, it's still a piece of art that required dedication and seriousness in its creation - particularly as a "message rap" song released when serious statements in hip-hop were seen as hokey and unrealistic. Sure, one could say that placing that much value on what is, unavoidably, a piece of pop product, is simply an ego trip, but I'm willing to give Coolio the benefit of the doubt. It has yet to happen to me, but I can imagine how it feels to see something into which you've put great effort and dedication re-purposed into something silly. It may not have been the right choice at the time, but it's still an understandable one - one that any of us could have made given the circumstances. Stories like these make the artists and their process very real in our minds, ironically, in this case, through separation from their work. As we enter in our own, usually smaller, versions of the process, it's worth keeping everyone's perspective in mind, whether you're in the role once occupied by "Weird Al," Coolio, or their listening audiences.