You may have caught our Life Day post, which goes over what the holiday is about, where it came from, and what we can learn from it. If you haven’t checked it out, you may want to give that a read first. This week, I’m updating you on the new Disney+ LEGO Star Wars Holiday Special and reviewing this latest entry into the Star Wars universe. Will this special go down in history as a classic to watch every year with your loved ones? Or will it, like its predecessor, be reviled and spoken of only in hushed tones, ultimately removed from the streaming service, and unlikely to ever be seen again? As Never Say Dice did with the original, this special has been watched so that you may not have to!

I’m sure one question first and foremost in your mind is "did the stars return for this entry like they did back in the 70s?" In the original special, we got almost everyone back: Harrison Ford, Peter Mayhew, Mark Hamill, “R2D2” (I guess it was Kenny Baker? They really should have credited him.), Carrie Fisher, and Anthony Daniels. They even had footage (or voiceovers) of various Empire folks, including Vader. There was a general sense among the A New Hope cast that they owed something to George Lucas when they agreed to do this, despite how little involvement he had with the special. Our most direct connection this time around comes from Anthony Daniels reprising his role as C3P0, making him the only link I’m aware of between both holiday specials and the movies. As for other Star Wars movie actors, this special includes Billy Dee Williams from the original trilogy and Kelly Marie Tran from the sequels. Those of you who are Clone Wars fans will also enjoy hearing voice actors Matt Lanter (Anakin), Tom Kane (Yoda/Qui-Gon), James Arnold Taylor (Obi-Wan) and Dee Bradley Baker (clones). Are these all Star Wars mega-stars? Maybe not, but fans of the franchise should be rather pleased with the cast. 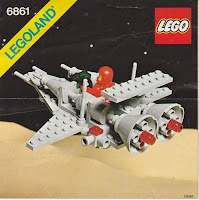 As far as the story and plot go, this special is parsecs ahead in terms of both content and pacing. *Beware, spoilers follow* Once again, the Holiday Special is about honoring Life Day and everything the holiday stands for. While most of the sequel crew is preparing for a Life Day celebration, Rey is doubting her ability to train Finn in the ways of the Jedi after a lesson went a bit sour. This causes her to seek out an old force artifact, giving her the power to time travel. After significant shenanigans throughout each era of the Star Wars universe, including a chase through time with Vader and the Emperor for control of the crystal, Rey learns that true power comes from friendship. After repairing the timestream, Rey returns to celebrate Life Day with her friends, and everything goes back to the way it was (albeit with the Jedi lessons ending a bit less sourly). Through it all, the special is packed with jokes, gags, and all sorts of meta-references that may amount to too much fan service, depending on your tastes. Maclunkey.

If I had any complaints, they would essentially involve two characters: Rose and Emperor Palpatine. For Rose, it's a shame that, yet again, Kelly Marie Tran’s role is so small. Granted, she has more lines than she did in The Rise of Skywalker, but it would have been nice to see her be more essential to the plot here. Actually, other than for the setup and ending, almost all of the Life Day scenes could have been removed. It was a filler B-plot, not much better than Chewbaca’s family consuming media in the original special, but at least there was some sort of plot this time. The other problem I have is with the Emperor. He is played as an over-the-top buffoon of a ruler. It just doesn’t sit well with me. Seeing Palpatine as goofy evil just feels wrong, even if he sometimes goes too far with the force lightning in the movies. They took this Lord of the Sith and almost turned him into the Joker. You might think there's no difference there, but the Joker is more of a "chaotic silly" evil whereas Palpatine is more of a "law and order" type... as long as it's his law and order. It's possible the writers took some inspiration from real life wannabe-dictators. Perhaps if it had been Mark Hammil voicing Palpatine, I’d have appreciated it more. 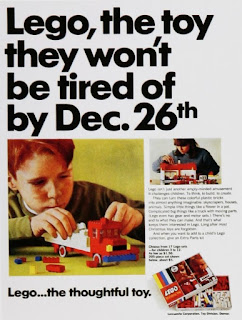 As with the previous Star Wars Holiday Special, we can learn a few tips for the gaming table. This time I think I can sum the tidbits I learned with the words "restraint" and "indulgence." Seemingly opposites, if you pair the two together you can come up with some incredibly rich moments for your gaming table. This LEGO special is steeped in the indulgence of fanservice, leading to little more than a simple "lesson learned," not unlike a traditional sitcom. Fanservice can be fun though, and you may want to use it in your games from time to time. That's where the "restraint" comes in, and I’m not sure this special used enough of it. Fanservice is fun, but it has to be used in moderation. You can take a session or two to indulge yourself (and your players), but try to balance it out or it will get old pretty fast. Treat fanservice like you might a Holiday Special or sweet treat: only indulge occasionally.

This new Star Wars Holiday Special certainly fares significantly better than the last one. If you don’t mind (a bit too many) jokes, and/or have young children into Star Wars, you may appreciate this LEGO entry for years to come. My own younglings are already into their second viewing, and I have a feeling it’ll make the rotation once or twice more before the holiday season is through. Until next time friends, Seasons Greetings, Happy Life Day, and May the Force Be With You.