The Lion, The Witch, and the Adaptation - Part 3 (ITV + Summary)

Welcome to the wrap up for this series on the adaptations of the Lion, The Witch and the Wardrobe. If you missed them before, you can go back and read my reviews of the Disney version as well as the 1979 animated and BBC editions. In this post, we’ll review what little remains of the ITV adaptation and take a look at my overall rankings of the three full versions that I was able to find. Finally, we’ll take a quick look at what the future may hold for Narnia. 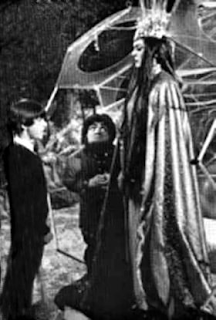 I can’t really compare the serialized ITV version to other productions, as most of it has been lost to history. That being said, I did find two existing parts on YouTube, and watched all sixteen surviving minutes - albeit in poor quality, even for 1967. It felt much like watching some of the earliest Doctor Who, once again taking me back to watching reruns on PBS as a kid. That isn’t the only time Narnia and Doctor Who are connected, but we’ll discuss that in another post.

Episode 8, Parts 1 and 2 detail Aslan meeting Edmund, up to Aslan heading off to sacrifice himself to the White Witch in Edmund’s place. The narration/professor is endearing, and our first link to Doctor Who. The role is played by Jack Woolgar (who appeared in the 1968 Doctor Who serial "The Web of Fear"), and he feels like an old grandpa or great uncle. The White Witch played by Elizabeth Wallace, is not my favorite portrayal, but does a solid job. Though we don’t hear from Mr. Beaver in these sections, he was played by Jimmy Gardner, who had notably nerdworthy roles in Robin Hood: Prince of Thieves, Harry Potter and the Prisoner of Azkaban, and several episodes of (once again) Doctor Who.

One interesting actor that I’d like to spotlight is George Claydon. To my knowledge, he has the only double Narnia credit. Claydon played the White Witch’s assistant Ginaarbrik in this production, as well Nikabrik in the 1989 production of Prince Caspian. It's speculated that Ginaarbrik's name was chosen to set up as an ancestor of Nikabrik, but I don’t remember any direct reference to this in the books (the name was apparently also used in the Disney version.) George Claydon also had roles in Casino Royale and Willy Wonka & the Chocolate Factory, and is stuck in many of our childhoods memory for this.

The acting isn’t bad in this, and the make-up, costumes, and effects seem on par for the era. The other animals in Aslan’s court wear full head masks, but there isn't much else to identify them as animals. Aslan (Bernard Kay) has a decent make-up job, and he wears the role well enough. Barnard is likely best known for his role as a  Bolshevik leader in Doctor Zhivago, and he has a whopping five Doctor Who credits to his name.

It's hard to tell if this is a faithful adaptation, as there's so little to see. It uses narration to inform the viewer of scenes they were unable to film, and to better highlight what they are able to show. While I’m sure many remember this production fondly, it's probably not the best adaptation. I would gladly sit down and give the whole thing a watch if I could, for the sake of completeness, but it would be unlikely to become a favorite. If you want to get in as much Narnia as you can, these two parts aren't much of a time commitment. If you're really curious, you can even track down color stills through Getty Images (Lucy is a ginger here!) Otherwise, I think you’re safe to skip these 16 minutes of Narnia history. If you do decide to watch these yourself, I was able to find them here and here.

So how did all of these adaptations end up ranking in my mind? As mentioned above, I don’t think it's fair to include the ITV version, due the lack of available recordings. Should anyone unearth a copy (and I’m able to see it), I’ll have to update my rankings. For the best adaptation, I have to go with the BBC version. It has many flaws (let us not speak of the wolves again), but it holds truest to the book out of all of them. That isn’t to say that it's the best watch or even most enjoyable. That honor goes to the Disney adaptation. As said in my original review, I don’t really miss the parts that they cut out, and the things they added made the movie even better. My only real complaint was the hair and make-up on Tilda Swinton. Unfortunately, I ended up really disappointed in the 1979 animated version. I might give it another shot, but as I didn't grow up with it, I don’t even have nostalgia glasses to use (animated Edmund stole them from me).

For anyone else considering undertaking this journey, but not wanting to spend as much time, you might try a side-by-side comparison. Here is an excellent one that captures many of the important scenes - otherwise you’ll have to watch them each individually. While doing some research, I also found a blog featuring in-depth character analyses on some of the major players that some of you may find of interest. As to the future of Narnia, there are only a few things to say. Many of you may be excited to know that Netflix has acquired the production rights to Narnia. Will we get a new live action series? A quality animated version? Both? Rumors abound that a live action version is coming, starting with The Magician’s Nephew. What will really happen? With production delays due to the pandemic, only time will tell. You can be sure, though, that I’ll let you all know when I find out. If you’ve enjoyed this adventure, you may also be excited that I am currently working on a post entitled "'Is Aslan a Timelord?' - and Other Connections to Doctor Who in Narnia." Until then, as always... Have courage - for Narnia and for Aslan! 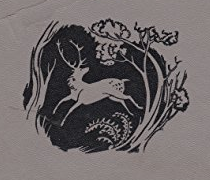