Happy New Year from both of us here at Never Say Dice. For many, this is the time of year for reflection and setting goals. It's time for New Year resolutions. A lot of people set themselves up to kick a bad habit. Some use it to start a new healthy habit. Others have lofty goals to reach, like being able to hug their families again or to geting a new job. Remember when setting your goals to make them SMART (specific, measurable, achievable, relevant, and time-bound). Whatever goals you are setting, smart or not, don’t beat yourself up if you aren't able to achieve them! Many start, many fail. As we often say here at Never Say Dice, trying is the first step to failure. For our part though, here are the Never Say Dice resolutions for 2021! - A

A: My first goal for 2021 is to play in at least a one-shot TTRPG, if not a regular campaign, and I'd like this to happen by September. I'd prefer to do this with friends, but may have to settle for getting out of my comfort zone and doing this with random internet people. I’ve been into RPGs for a large portion of my life. I played through college, and afterwards, the time for it seemed to dwindle to almost nothing. I’ve been fortunate to DM a few regular games, and am overjoyed to be currently running a game for some friends. I miss playing though, and the last game in which I was a player left a sour taste in my mouth. I felt forced into a lone-wolf character, and the development didn’t go anyplace I wanted. An eventual falling-out with the DM from that game didn’t help, either. One thing this pandemic has done is force a ton of people to launch their own digital campaigns, and it's time I jumped aboard a ship and started playing in addition to DMing.

My second goal for 2021 is to finish the main storyline for a video game. In the past year or so, I’ve started no less than 8 “new” games, and finished none of them. I think I’ve made the most progress in Yakuza, Breath of the Wild and Marvel's Spider-Man. I think finishing at least one of these by the end of the year would be a great goal. Yakuza was recommended by Bugsy, and the storyline has been enjoyable, but I’ve found the play difficult. Breath of the Wild has been an adventure with my older son, and I’d like to finish it with him. However, like with many games, I’ve gotten to a point that is frustratingly difficult for me, and set it aside for a while. Spider-Man’s side-quests have forced the game to suffer the same fate as Zelda. I started it early in 2020, and it felt like I was learning gaming over again. I think to really start off the new year, I’ll hold a poll to see which one people think I should finish.

The third gaming-related goal I’d like to accomplish is to build up a backlog of at least four posts for the blog by our first blogiversary (March 14th.) I think both Bugsy and I have the full intention of making it to at least that one-year mark. I don’t know how posting will go in the beginning of the year, but I know in the fall and early winter it was often difficult for either of us to get a post out due to our day jobs and other commitments. It would be nice to have a solid fallback, in case something gets the better of us, so that we can continue to send our thoughts to you dear readers. So, I’ll need to go play some games, brainstorm some topics, and put pen to paper. (Or is that "keys to boards?") 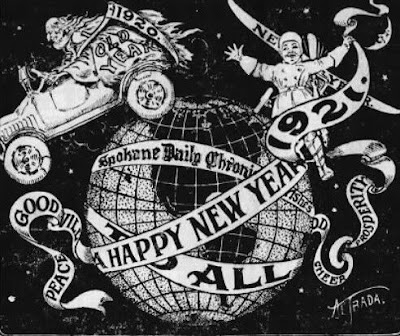 B: Well, dang, I need to get back Spider-Man, too! Now that I've finished up the first Dishonored (which will probably result in a post down the line) and the PS3 is being used for Fallout: New Vegas (which my lovely spouse and I are playing together), it might just be time to spirit away the PS4 and focus on that one for a bit. It's a weird thing to make one's New Year's resolution "consume more media," but when time and focus are limited resources, it really can require a dedicated effort to experience new stories. This applies to books and movies, as well. It would be inviting failure to set a numeric value on the number of stories to get through in the coming year, but dedicating more time simply to engage with them is a definite goal. For some reason today, I started thinking a lot about my shelves of untouched graphic novels - that might be a sign as to where I should focus. And, maybe now that five years have passed, I should start catching up the on the most recent crop of Star Wars movies. If I do, you'll be sure to hear about it here!
I shouldn't neglect my own tabletop activities, though, and that same bookshelf with the graphic novels also holds all my RPG books. They were always too much of a hassle to drag onto the train for the daily commute, especially if I wasn't able to make time to read them (no idea how I managed it in high school). But the COVID era continues, and one thing I definitely need to make sure I do is get some non-screen time after a day's telecommute. The question is... where to start? When you don't have a group ready, how do you know what to run for them? So that's something to strive for as well: making gaming happen, however I can. It will probably end up being a mix of people I already know and the Random Internet People Andy's already mentioned. In any case, it will be a combination of new people and new games. Even if I'm not able to make it happen, just working towards that will be a growth experience.
Finally, I want this to be a year where I concentrate more on my writing. This very blog has been a wonderful thing for me, and I'm looking forward to developing it and honing its voice, maybe even grow things to the point where I can start (dare I say it?) listing it on a resume. But all that's going to take work, so dedicating time to Never Say Dice is another goal for 2021. I'd like to expand the types of the things we cover, and take deeper dives into them - particularly through the Never Say Disc reviews. On top of that, I need to be once again apply myself more to my first love: prose fiction. (I'm sure everyone is utterly shocked that I love to make stuff up!) It's been far too long since I've written any fiction, let alone anything I was satisfied with, despite it remaining my favorite form of storytelling. I've always found that it's easiest to come up with ideas when I'm exposed to new ones, though, particularly if they're in the form I plan to be working. Which brings us back to my first resolution above, just as the year itself cycles back for us to reflect on our choices. And, with that reflection, I can see that one of the best choices I made in 2020 was to start on this undertaking with Andy and all of you. May the choices you make in 2021 be ones you reflect back on with the same joy and satisfaction. 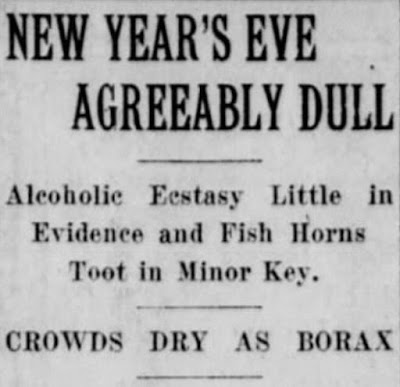