Choo Choo Choo-sing to include Romance in your RPG 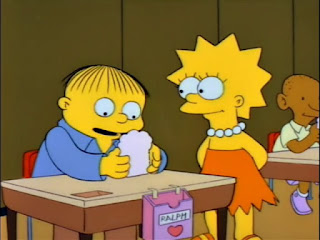 Is romance in the air where you are? It's certainly brewing at Never Say Dice. No, not between Bugsy and Andy*, but as another tool to use in storytelling. Perhaps it's just an invention of the greeting card companies. Maybe it's the Rand Corporation, in conjunction with the Saucer People, under the supervision of the Reverse Vampires, that's forcing our parents to go to bed early in a fiendish plot to eliminate the meal of dinner! Like it or not, the Valentine’s Day holiday happens every year. When it comes around, nearly everyone (including us apparently) trots out their romance related stories. Should this only be a yearly thing? For most, romance and sexuality are a large part of the human experience, so why shouldn’t they feature in our stories and games? So, this week, lets discuss how you can incorporate this aspect of life into your tabletop time.

Romance at the Table

It isn’t difficult at all to find examples of romantic storytelling elements in literature and movies. The relationship of Wanda and Vision, cheesy sitcom it may be, was born from a superhero/action movie (and of course, the comics prior to that). There are even examples of romance in many RPG streaming shows. If you see a spark of romance between two player characters at your gaming table, you should probably follow our advice from a previous post, and talk to players individually to gauge their feelings about it. Including romance in your games doesn't need to be "player character to player character" or "DM to player character," though. You can use romance to add depth to your towns, villages and cities. Perhaps the local innkeeper is grumpy this morning because the serving girl ran off with the stable groom. Maybe those potions from the apothecary will take slightly longer to produce, as the owner's son-in-law and daughter are about to have a child. You can even use it to start off missions: "Squad Leaders Gumble and Skinner just got married - escort them off base for their honeymoon and then initiate normal patrol. Wiggum and Simpsons, you’re acting squad leaders." The point is, you don’t have to focus your game on romance to include it, add flavor and color to your stories, and make your tabletop games feel vibrant and alive.

On a forum, I recently heard from a new DM whose players said that they wanted a darker grittier game that contained more sex. The question was posited: "Should I include rape in the game?" While asking fellow DMs was a good idea, springing rape on your players is not, even if you think they're open to it as a story element . Regular check-ins with your players is a "must-do" here, and it's recommended you stay tasteful even if the players are all on board with the subject. Remember, the comfort and enjoyment of your players is always worth the check-in time.

In one campaign I ran, a few players took action against a hobo dwarf that happened to observe them in their acts of sneakery. Rather than kill him, they intimidated and sexually abused him, threatening further complications should he rat them out. If one of your players breaks agreed-upon boundaries, there are consequences that can occur both in and out of game. We hadn’t spoken about those kinds of acts before, but boundaries had obviously been broken, and there really were consequences both in and out of the game: the characters in question were arrested, and, after repeated inappropriate behavior, the campaign was ended. They say that "Consent is Sexy," and the same goes at the gaming table. You should have the consent of your players (all of your players) before engaging in this. There are a number of  surveys on the internet that can help you gauge players for this.

A Word to Critters

Finally, I have a word to Critters (Critical Role fans, for the uninitiated), and anyone tuning in to a tabletop gaming stream. We’re being invited into their game and world. We may not like how certain things are presented. Over the course of two campaigns in Critical Role, there have been a wide range of romances and dalliances. Like all of us, they're going to make mistakes in how things are handled. As community members, we can let them know when something bothers us. However, there is no reason to threaten violence or send death threats to streaming DMs or players. Whatever the offense, perceived or not, this is not the way.

So, in your own games, keep in mind that romance is another tool in your arsenal to make your worlds come alive, and while there probably aren’t Reverse Vampires, that isn’t the worst idea for a monster. We’re all only human, and consent is still sexy -  even at the tabletop. Those are really all the basics you need to know when it comes to romance and sexuality at the gaming table. Everything else is just buying your Dungeon Master dinner and getting your favorite players a new set of dice. (You should have consent for those things too. Seriously, you should.) Until next week, enjoy the romance, and get out there and break some dice (and maybe some hearts)! 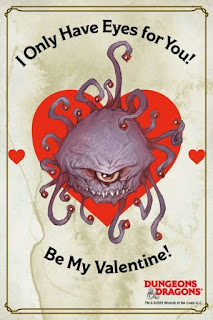 * This is not intended to discourage any prospective fanfic writers. Knock yourselves out - we could use the publicity! - Ed.