What to Do with "Childish Things"

This Tuesday, I turn 40. I share a birthday with both Lou Reed and Dr. Seuss, a legacy I’m doing my best to look up to. Needless to say, there will be no big birthday bash, no retrogames with friends, no late-night Dio singalongs. It hasn’t exactly been the way I pictured exiting my thirties. But, as I’ve said before, the best thing to come out of the past year is this very blog and the opportunities it gives me to both explore the media I enjoy and to share my discoveries with an audience. For the past few years, it’s been my goal to have something published by the time I hit 40 (curse you, 20 Under 40 story collection!), and, even though it’s in a way I never anticipated, my dream has come true. Never Say Dice has had more readers than I ever could have imagined when Andy and I started this endeavor a year ago, and it’s helped me regain a confidence in my writing that I haven’t felt since college - even if that still seems like it was just yesterday! 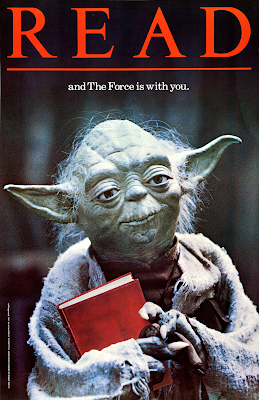 Nonetheless, the event looming before me has got me thinking about my life so far, and, being me, the stories that I’ve loved, told in one format or another. I’ve been lucky in that I don’t regret (most of ) the media I loved when I was younger. I regularly hear people lament the tastes of their teenage selves: that it was overly shallow or simplistic, or full of material that makes them uncomfortable as adults. There’s a saying about “putting away childish things” that I’ve never cared for, dismissive as it is about things that had once been very important to us. In my case, rather than putting things away, I have a better appreciation for their construction, and a craving to understand why they affected me the way they did. While some of this perspective comes from schooling (don’t ever let anyone talk you out of studying the humanities), I don’t think it’s limited to those with the resources for formal study. Rather, it ultimately comes from a sense of inquisitiveness and a willingness to interrogate our relationships with everything, regardless of origin or societal context. The Star Wars films are kids’ movies, someone might say, or mass-produced product crowding out the space for serious art. (Harlan Ellison preferred the phrase “adolescent nonsense.”) But they deeply affected me very early in my development, and it’s entirely valid, vital even, to ask why. What’s going on here, and what does it teach us?

Here’s where I should caution against the temptation toward nostalgia, frequently the default in modern media retrospection, and, not coincidentally, the easiest to sell. Even when approached honestly, nostalgia is myopic at best, and outright fabrication at worst - not only the reformation of one’s own memories to fit present expectations, but often reshaping them to suit another’s purpose. The most harmful example would be the way that fascism is built on a nostalgia for a simpler time that not only may have never been real, but might not have even existed in the audience’s imagination until it being crafted by the propagandist. A less-destructive iteration can be seen in advertising - this underpins a lot of “geek culture,” suggesting that there was a single unified version of a particular era, rather than the myriad realities each of us experienced.

This is, ultimately, deeply disappointing, and operates cynically on the same assumptions as that of detractors: that it’s all meaningless spectacle, memorable only for being more spectacular than the competition (or boasting a superior advertising budget). Both the nostalgist and the “serious adult” might declare, for instance, that the original Transformers series was nothing more than a regularly scheduled half-hour toy commercial (albeit with different inflections), but neither spends time trying to unpack why kids liked it.  And even within that, there would be just as many reasons as there were viewers: one kid might find a father figure in Optimus Prime that was otherwise lacking in their life, another might connect with the Autobots as strangers on Earth because they feel like an outsider themselves, and another might simply love seeing giant robots fight. “Toy commercial” or not, they’re all valid reasons, but packaged nostalgia can’t provide that subjectivity - at best it might prompt an audience to consider the circumstances of their initial viewing, but it can’t be too effective at this, lest that consideration reveal uncomfortable memories and deprive the nostalgist of a sale. 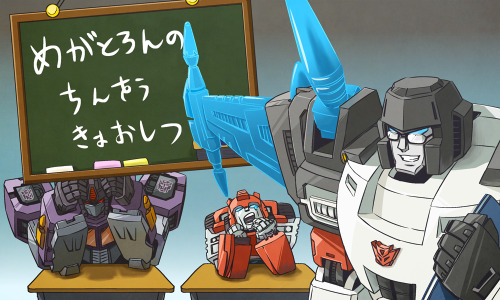 Subjectivity aside, there remains an appreciation for the craft of these kinds of works, an appreciation that may only come with trying to create works of our own. Even the simplest stories have painstaking effort put into their implementation, performed by people who care deeply about what they do. Rarely does anything lazy hold up to scrutiny, so anything that resonated with you, at any point in your life, is worthy of that scrutiny. (It doesn’t need to be out loud if it’s anything you find embarrassing.) What’s going on there? Why did the creators choose to do it this way? What’s being implied, but not seen, and how is it being implied? I fully believe (if not painfully obvious by now) that everything we’ve ever liked is worthy of discussion.

This discussion may reveal insensitive or unfortunate aspects that we missed or lacked context for in our initial (often youthful) experiences, and this is where the “nostalgic” approach is particularly dangerous. When one rushes to defend a work simply because they like it, they’re doing it and themselves a disservice - they’re saying that their experience (and frequently what's been presented to them as their experience) is of greater value than the work itself. Perhaps there’s a fear of those “serious adults” underlying this reaction - “if I can’t defend this in its entirety, problematic elements and all, then I might be told to throw the whole thing away,” but by refusing to let a work speak for itself in the context of a modern and diverse audience, they’re denying its relevance, and even the potential to reach members of that audience. If someone only knows a work from its most vocal “stans” (to use the current vernacular), they’re very unlikely to give it a try. Why would they, if there’s no potential for actual engagement? It can be hard to be a fan of something while also viewing it critically and acknowledging its faults, but it’s a vital part of understanding a work enough to learn from it. And isn’t that the best compliment you can pay something you love - to draw inspiration from it and contribute something of your own to the world?

All of this comes to say that it’s okay to like the stuff you like. And it’s okay that you liked the stuff you liked when you were younger, even if it seems silly now. That “liking” doesn’t mean blind fandom, and it does not mean belittling the experiences of others who might find issue with these works. If I’ve learned anything in my four decades on this earth, it’s that the best way to be a fan of something, and to be a student of the artists and creators that inspire us, is to be honest. Not throwing aside “childish things,” nor sealing them away in the carbonite of nostalgia, but to revel in the wonder that art exists, that it’s made by people like us, and that everyone will experience it differently. If there’s magic in the world, this is it, and I think I’m old enough to start saying that I believe in magic, after all.