Details: The Power-Up Mushroom for Your Narrative 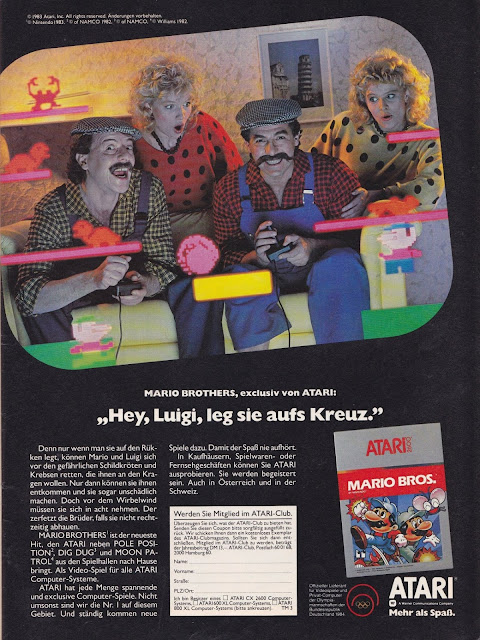 Many of you may be aware already, but March 10 is Mario Day! Maybe you’ll break out one of the 200+ games featuring Mario (no doubt Nintendo will have deals on a few), watch the Super Mario Bros. Super Show or read some Super Mario Bros. comics. No matter how you celebrate the day, you’ll be spending time with a character who has a long history and background. Your first experience with our favorite plumber may have been in Donkey Kong, Donkey Kong Jr. (the only game where Mario plays the villain) or the original Mario Bros. My first Mario experience, as is probably the case with many of you, was with Super Mario Bros. on the NES. Mario had already appeared in 21 games by this point, but it wasn’t really until Super Mario Bros. that audiences saw the character we recognize today. To celebrate the character of Mario, in true Never Say Dice fashion, let's talk about the story within that game.
Think about the first time you sat down with that legendary game: Super Mario Bros. Even if this wasn’t your first game with Mario, you’ve likely gone back and played it if you’re a fan. That first time, you might have been at a friend or relative’s house, or sitting in front of the basement rec room TV in your own home. You probably didn’t even read the manual - I know I didn’t! (Did anyone read NES manuals?) I turned the TV on, slid the cartridge into the machine, jabbed the power button with my stubby little finger, and sat with bated breath, controller in hand. Do you remember the plot of the game? You're probably saying to yourself, "sure, go get the Princess and defeat Bowser. Duh." Do you know why you had to do that? Okay, it was a video game and you wanted to beat it, but I mean the story reason. Mario’s reason. I didn’t remember, and likely had never known until I looked it up recently. Page two of that instruction manual I so casually tossed aside. I’ll save you the trouble of looking it up yourself (be aware, Peach was originally called "Toadstool"):

One day, the kingdom of the peaceful mushroom people was invaded by the Koopa, a tribe of turtles famous for their black magic. The quiet, peace-loving Mushroom People were turned into mere stones, bricks and even field horse-hair plants, and the Mushroom Kingdom fell into ruin.

The only one who can undo the magic spell on the Mushroom People and return them to their normal selves is the Princess Toadstool, the daughter of the Mushroom King. Unfortunately, she is presently in the hands of the great Koopa turtle king.

You are Mario! It’s up to you to save the Mushroom People from the black magic of the Koopa!

This is an epic TTRP adventure if I’ve ever heard one: Black Magic, a kidnapped royal who's the only one that can stop it, creatures turned to stone, and an evil Turtle King! These details didn’t matter much when I was the kid playing a new Nintendo game. You slid the cartridge in and figured out the controls as you went. "Thank you, but our princess is in another castle" had no greater meaning, it just told us that we hadn’t beat the game yet. Had I known, though, had I just realized...would it have changed my gameplay? Were all those stones I bashed for coins and powers...were they really frozen members of the Mushroom Kingdom? Was I destroying a member of the race I was trying to save with every punch? All so I could earn a few coins and make it one step closer to the Princess? Or maybe we were all somehow temporarily rescuing them from their stony imprisonment, and each coin here or there was a thank you for our trouble.

These are the very kinds of details we need in our TTRPG campaigns. That one page, like a liner note, full of the stuff our own stories are made of. Details that make our characters question their actions and decisions. Details that change our tabletops for the better and make them interesting (if sometimes dark) places. You don’t want the flavor of your story to be just “our princess is in another castle.” As popular and memorable that end-of-level quote is, you want more than that. The trick is reminding your players of the kinds of thoughts and feelings the backstory of Super Mario Bros. invokes without having to repeat a paragraph of text each session. Had those end-level scenes shown saved mushroom people dancing (not just Toad) or the faces of those mushroom people worked into the stony levels... Well, not knowing the story, I wouldn’t have remembered, but perhaps I might have questioned just what I was doing. 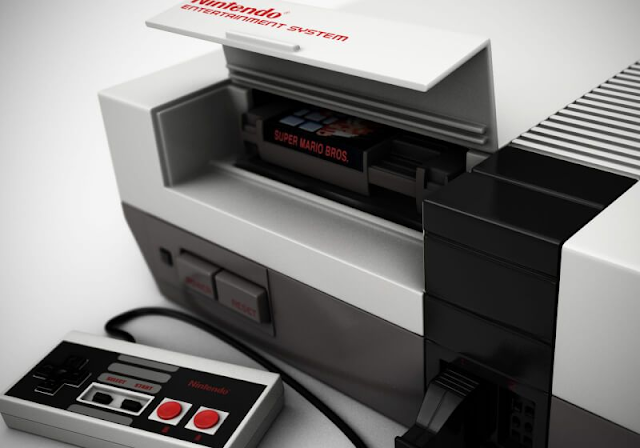 If you do celebrate Mario this year, and I hope that you do, make sure to take some time and think about the story. Think about Mario’s history, and why he fights so hard through those levels. It isn’t just to save the Princess, it's to save a whole kingdom of the mushroom people. Most importantly, think about how you can add those precious details to your own games to keep the story from being nothing but end-level quips. You can include that paragraph of text at the beginning of your table-top sessions, but be sure to support that story with details in your game. They might just grow your plot from a Mario to a Super Mario. Don’t grab too many of those fire-flowers though - they’ll give you heartburn. Until next week friends, enjoy your tables - get out there and break some dice!