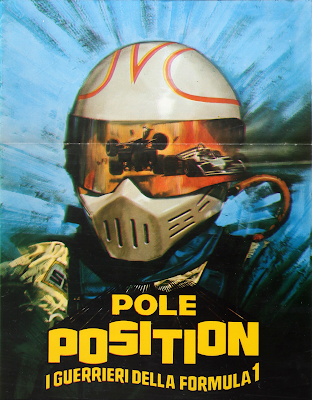 Planning on a Sunday drive this weekend? Oh no you ain’t, you’re going to play Pole Position! You may not have your Atari 2600 or 800 set up and ready to go (mine are safely packed in their dust covers). You may not have access to a sit-down arcade cabinet with wheel, stick shift and pedals. What you do have that's ready and easy to access is Risus: The Anything RPG. What is that? You can read about it in various places, including my Introduction to Risus on this blog. In a sentence: Risus is a rules-lite, versatile, and downright fun “anything” TTRPG. In my last Risus post, we looked at builds of the characters from Gauntlet for an arcade-themed setting I’ve been working on for far too many years, reminiscent of media like ReBoot, Tron, and Wreck-It-Ralph. This week, we’ll add Pole Position to the ranks of games included in this procrastinated sourcebook.

If you’re somehow not familiar with Pole Position, you may want to go check out this historic arcade racing game. It was the highest-grossing game of 1983 and one of the most popular racing games of all time - arguably, it's the inspiration for all modern racing games, or at least a very important ancestor. Unfortunately, there isn’t much character to Pole Position. You complete races and time trials in a Formula One racecar. No chance to change cars, no selection of different drivers. Just pop in your quarters (or start your home gaming system) and do your best in the qualifying lap. How do you bring this to your tabletop? A Formula One racecar could be just a single item or stat in Risus. That seems a bit on the boring side for what we're trying to do. In order to bring this important game into our arcade world setting, we’ll need to take inspiration from a piece of media this game spawned, the 1984 animated TV series Pole Position. It was short lived, with only 13 episodes, and was easy to miss in the Saturday morning lineups, but you can find the complete series on Youtube.

If you don’t know the show (I only vaguely remember it), it featured a family of stunt-driving crime fighters who worked under direction from the US government and operating under the cover of the “Pole Position Stunt Show.” The parents died in an unfortunate car accident (hard to have heroes without dead parents, eh?), and the stunt show is now run by Uncle Zack with the older children Tess and Dan taking on stunt-driving and investigative duties. Obviously, cars are still featured in the show with a premise like that. They aren’t Formula One, though, and feature gadgets and abilities that more resemble KITT from Knight Rider. Now that story gives us some characters and background to work with. 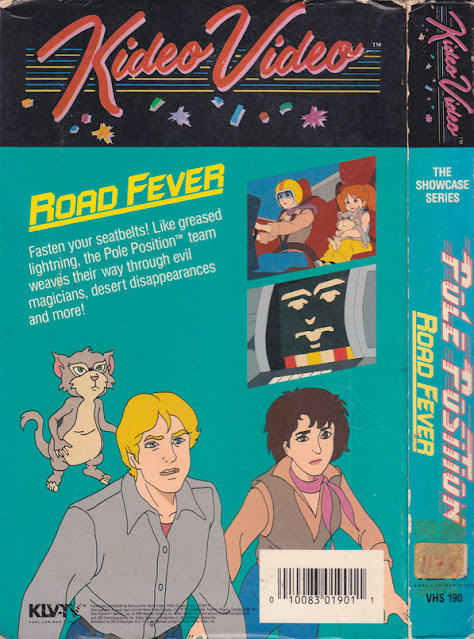 We’ll start with the oldest kid in the family, Tess Darrett. Tess is the de facto leader of the team and drives the old Mustang named Wheels. Her primary role is leader, so that can be her first cliche: De Facto Leader (4). She may be new to her role, but still has to take it head-on. What does the cliche do? Whenever someone on the team doesn’t have an applicable cliche/ability, Tess substitutes for it with her Leader cliche for that challenge. Next, Tess has had to become a solid racer and stunt driver. Given her choice of wheels, we’ll say she's more of a racer than a stunt driver. For this build, Expert Racer will be a 3 and give her related skills such as taking sharp turns and passing. Stunt driver at 2 will give Tess control for those changes between vehicle modes, 180 spins and car jumps. Finally, she’ll also have to solve some crimes now and again with Amateur Detective (1). We now have:

Next up is our other driver, younger brother Dan Darrett. Dan is the easy second-in-command, but a bit of a daredevil and kind of a hothead. He drives the futuristic car called Roadie. For the first cliche, we’ll give him Foolhardy Daredevil (4). That would give him skills for doing crazy things both in and out of cars. I feel that Dan is less of a racer than Tess, and more of a stunt driver, so we’ll put those at Stunt Driver (3) and Expert Racer (2). Finally, we still have that Amateur Detective (1). The result is a character very similar to Tess, but with some traits that make him distinct on his own.

Finally, we should include at least one of the cars to round out our cast. It wouldn’t be as fun without them. To go with Tess, we’ll do Wheels for this run. The spy car is based on a Ford Mustang that often says “I’m getting too old for this.” Being the oldest character, he's also likely the most cautious and a bit of a mentor to the kids. Finally, he was actually voiced by Melvin Franklin, a member of The Temptations - I think that would give him more of a human element to round him out. Why don’t you jot down your thoughts on this one and you can compare notes with what I’ve come up with:

With that, you have a solid foundation to play in a Pole Position world or include the characters in your Risus games. What else can you include? As with Gauntlet, the show has villains you can pull inspiration from. Next time we visit the world of Risus Arcade, we’ll have to fully flesh out a villain or two from a game. If you enjoyed this, it doesn’t have to stop here. Go look at our other posts for some more inspiration, and create your own themed Risus characters. Also, be sure to keep a lookout for when we release a copy of the complete supplement. I hope you all enjoy playing around with the Risus RPG at your tabletops. Until next time, get out there and break some dice! 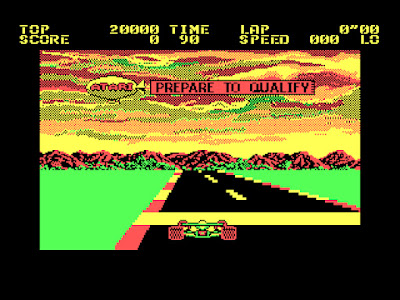