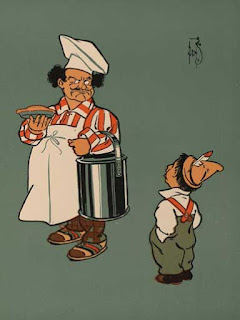 Once again, a Happy Pi Day to everyone and a Happy Blog Anniversary to Never Say Dice! We sure are glad that we've been able to put out some great posts every Saturday over the past year, and we’re especially that you've joined us. Special thanks to everyone following @neversaydice2 on Twitter who's helped us get to (and beyond!) 314 followers for this special occasion. We wouldn’t be here if it weren’t for all of you. Last year, you may remember us baking up a few pie-pun filled adventure hook treats for you. This time around, we’ve decided to do a brand new set that will be radian minute for you. First, though, we’ve rounded up some of our favorite posts from the past year, and a few thoughts on where the blog will go from here. - A

Andy: One of my favorite co-posts of the year would be the one we wrote about The Twilight Zone. We covered a lot of ground in that post, and it was one of our first to get over 100 reads in its first week. We posted it right before we got Twitter, and didn’t get much promotion, so it's quite surprising that it found an audience. If you haven’t read it, do take a chance to step into another dimension with us for a few moments. Another favorite post of mine was "Barrels Out of Bond?" I took the time with my older son last year to read through The Hobbit, and he and I put  our heads together to discuss some other potential escapes from the Elf King’s Halls. It truly felt as if I were in an adventuring party again. If anyone has alternatives to our ideas for escape, I’d still love to hear them.

Bugsy: I’d have to say that my favorite co-post was the one about the Star Wars Holiday Special, “The Legacy of Life Day.” Digging into that much-maligned monstrosity with Andy and finding something worthwhile in the process really made it feel like we could accomplish anything we wanted through this blog. One early one I did that has remained (unfortunately) timely was about the film Alien and the corporate response to COVID - I’d love to hear people’s thoughts on that after a whole year of living through this stuff. Finally, the post that’s meant the most to me was about characterization through landscape in Metal Gear Solid V. In working on that, I got a clear idea of the kinds of spaces I want to explore through the blog in the future. I hope everyone can join us on that journey through the next year(s) of Never Say Dice! 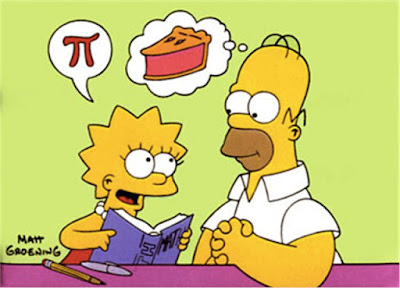 Parboiled Noir: Bake ‘em Away, Toys (apologies to Chief Wiggum)
Can a handful of battered action figures heroes rescue the mayor of Toytown from the Easybake Boys before they give him a set of dough overshoes and start to turn up the heat?

Pie-ld West: The Magnificent Slicin'
It has been dry and flaky in Bakersville, and things have been awfully scary in the Crust Bowl. It's got even scarier now that the Granny Smith Gang has moved into town to try and make some dough. As newly deputized citizens, the Sheriff has put it to you and your team to find proof of their wrongdoing.

SuPIErhero: The Pie-nal Countdown
The timer on the bomb is ticking… and so is the one in the kitchen back at HQ! Will your team be able to defuse it, catch the bad guys, and make it back in time to pull your pies out of the oven, or will you end up with both your crimefighting careers and your secret base in flames?

Dark PAN-tasy: Put Flour on Our Graves
That last plan didn’t go too well, and now your whole adventuring party is burnt to a crisp. But there's one last chance to make everyone rise again: a fight with Death for your very souls in...a bake-off? Judged by that snooty aunt that always pinched everyone’s cheeks, inventor of the pie - ancient Egyptian Maat, and even the Devil itself. Can the party win the judges over or will Death claim your souls?

S-PIE: More than a Filling
Esteemed chemist and baker Dr. Pietorious has concocted a new fuel source that could radically change the world's balance of power. When he gets word that his lab/kitchen is going to be raided, he bakes three pies, each one containing a piece of the chemical formula written the bottom crust, before sending them out across the globe. Can your team of elite agents/food critics locate all three flavors before rival nations, evil corporations, and ravenous dessert fans all try to claim their own slice?

FanTARTsy: Rebaked
Once again, you find yourselves in the homey village of Crust near festival time. However, the famed Golden Apple prize for the pie-eating contest has gone missing! Worse yet, all the apples in the local orchard seem to be rapidly rotting on the trees. Can the adventurers solve the orchard mystery, find the missing prize, and bring safety to the village in time to compete in the contest?

Call of CRUST'thulu: That is Not Bread Which Can Eternal Pie
In this sleepy New England town, there's a baker known for slicing his pies in strange, non-Euclidian geometries, and some folk say he's been doing it for over a hundred years. Will your team of Investigators learn the terrible secret of the Cult of S'patula before their nightmarish confections finish cooling on the Windowsill of Eternity?

Sci-PIE: Blind Baked
Was it the otherworldly ingredients? Maybe it was the tachyon emitter ray it was exposed to, due to lack of proper pan protection. Whatever the cause, this Pie just keeps getting larger. It was mere hours before that it broke through the containment unit. Soon, it may take over the whole base. Unless...unless your team can find the mistake in the exPIErement and reverse the reaction before it is too late!

What can you all expect to see from Never Say Dice in the future? For one, more fun posts like you’ve been seeing each and every week. We’ve posted every Saturday for the past year, and we don’t plan on giving up any time soon. We’d like to get to a point where we can post multiple times a week. That would mean more interviews, more TTRPG tips, more reviews. More of everything! We’ve also been looking into publishing some of our own TTRPG creations and other works. None of that can come without your support. Please feel free to send us feedback on our Facebook and Twitter. Keep following us an interacting. If you want to help us keep covered financially, please shop for gaming gear through our Affiliates Page or you can drop us a tip here.  No matter what, we hope to see you again next week. Enjoy your tabletops - now get out there and break some dice! 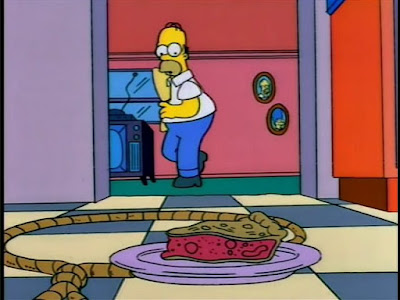