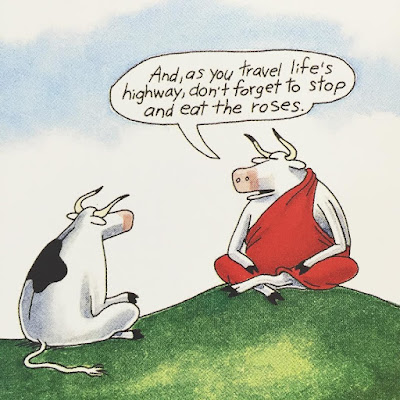 As gaming groups are wont to do, mine has recently gotten into the practice of sharing tabletop TikToks and memes. The habit, and shared a-moos-ment, are surely something that can only bring a group closer together. Occasionally though, a shared nugget of media posits a question that warrants a fair amount of discussion. While the latest one the group shared might be udderly ridiculous, I did cowtow to their request and answered their question. After all, everyone at your table wants to be seen and herd (unless they’re a rogue). If you’ve heard this before, I hope you won’t experience any déjà  moo: If a cleric uses "True Resurrection" on an enemy’s leather armor, will a cow form around it? The short answer to this, of course, is... no. This will not work. If you don’t care about the why, you’re welcome to jump to the end of the post.

Why won’t this work as the original joke wants? There are several issues here. Just going through the spell description in order, the first problem that comes up is casting time. While the effect is instantaneous, it takes an hour to prep and cast the spell. Getting an enemy to stay still for that long might be an issue. Most cattles battles don’t go on for that long (at least in the game world itself), either. If your players really wanted to do this to an enemy, unless you’re going to allow them to pre-cast it before a battle and hold the action of that spell, they’re going to have to capture them. Not just capture them, but capture and tie them down. Essentially, the players are going to attempt to use this spell as a torture. It's also going to be a rather costly torture attempt, being that it costs 25,000 gold pieces worth of diamonds that get consumed in the spell.  Perhaps you’ve seen a few groups wild and twisted enough to attempt this with an evil cleric on their side, but it's a rather unlikely situation.

Even if the party can corral their victim, restrain them for at least an hour, and front the cash for the components, we still come to the problem of the leather itself. For starters, per the particulars of this spell, this armor would need to be made from a cow that hasn’t been dead for more than 200 years, and must have died from something other than old age. Otherwise, the spell just won’t work. We're likely to accept that any leather armor still in use probably isn't very old, and that the cow was butchered at least partially for that purpose. That's something that will have to be decided at at your own tables. How much of that cow actually became armor could be an issue, though. While the spell will mend wounds and replace organs, there's a stipulation when it comes to replacing the body altogether. Oh, and you also have to know the cow’s name. Are you going to accept just "cow?" It could very well have had a specific name while alive. Issues like these could very well send this question out to pasture. 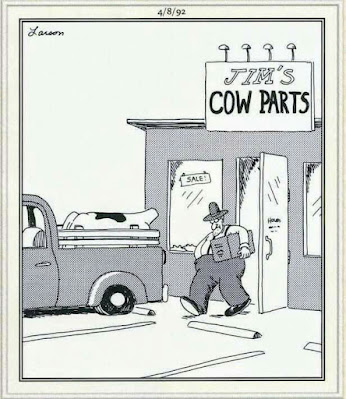 Before you get too deeply embroiled over a cow’s name, we have to grip the horns of another dilemma: the spell requires a soul. Does a cow have a soul? This might be something a group zany enough to come up with this kind of plan doesn’t want to consider. For the sake of this philosophical discussion, though, we’ll assume our bovine buddy does indeed have a soul. But if you do steak your claim here,you’ll have to take the repercussions into consideration -is there a cow heaven, rolling hills full of delicious grass to eat and lay in? Is there a cow hell? Even aside from these considerations, does this cow's soul want to come back? If it doesn’t, the spell is going to fail. Unless the soul is being skewered and smoked in the fiery BBQ pits of a fantasy hellscape, I’m not sure it would want to come back. If you want to leave it to fate, though, you could call for a bull-crap check. And assuming it does want to come back, there's still one final reason this won’t work as intended.

Let's say the players have done the work, the spiritual cow is down to come back, and the diamonds are spent. The villain still isn’t swallowed up by a freshly-minted cow. Why not? The creature appears in an unoccupied space you choose within 10 feet of your present location. It isn’t going to enter the space the villain is occupying and crush them in some sort of bad guy/cow explosion. It's going to appear next to the villain. Unfortunate, but that's just how the spell works. It behooves you to consider, however, the possibility of having the cow appear 10 feet above the space where the villain is tied prone to the ground. That should be good for some bludgeoning damage. The cow might even survive, but, in that case, the bad guy likely would, too.

When this quandary was brought to me, I was grilled with a few questions following my explanations. One of these stuck with me: what if the armor was enchanted? Generally, an enchantment on armor will fall into a few possibilities: a bonus to armor class, a resistance to a damage type , or a potential power. All I can say to that is: enjoy your +1 cows with resistance to bludgeoning damage and ability to fly. Or perhaps you’ll give them water breathing and make a sub-moo-rine. Ultimately, it's up to you if the magic gets passed on. It certainly seems like a fun idea, though.

Please accept our apologies, it's possible that we may have milked the question too much. Hopefully, though, you won't have too much of a beef with us over it. Please, don’t be moo-dy. Maybe, if your players let off any expensive spells, you’ll at least consider what unexpected and fantastical effects they may have. If you allow for such crazy things to happen, you cud end up with a legend-dairy gaming session. Until next time, enjoy your barnyards tables, get out there and break some dice! 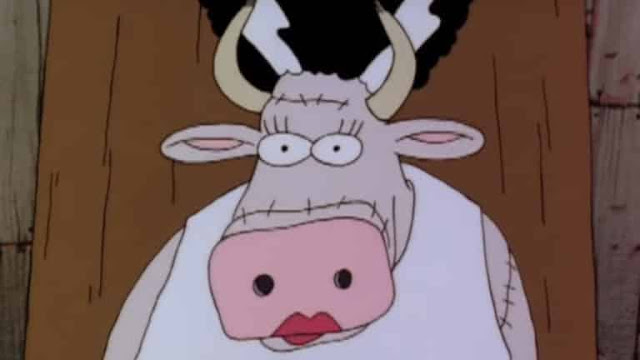