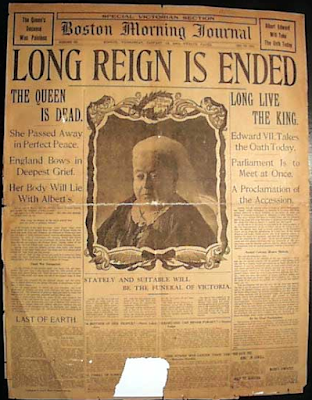 Even if you’ve been keeping your nose in dusty tomes of RPG lore, word has probably made its way to you that Queen Elizabeth II has died. As heathen Americans, we’re more used to the idea of Kings and Queens (and Czars and Emperors and Kaisers and…)  from history and works of fiction than in our day-to-day lives. But those works of fiction, even the ones we make ourselves, are inspired by history and the world around us, so this week we thought we’d talk about the way that shifts in leadership (monarchical or otherwise) can affect the worlds we create for stories and games. - B

B: The more you think about it, the more you see things that are affected by these kinds of changes. Whose face is on the money? Who even declares the value of said money? Even if your setting is based around bartering systems (something of an inevitability when much of the wealth the Player Characters encounter is in the form of plundered discovered treasure and artifacts) the availability of goods and services will be greatly affected by leaders’ choices. And speaking of ancient treasure, these changes need not be taking place in the present - shifts in the leadership of long-gone civilizations may affect the material makeup of the loot the PCs find, or even the layout of the dungeons and terrain they’re exploring.

When these changes are happening around the characters, though, the storytelling possibilities are limitless, particularly those characters enjoy special access to those in power. Are the PCs getting quests from the King, possibly through an intermediary? What happens if that King dies and the succession is disputed? Even if it isn’t, maybe the intermediary sees an opportunity for advancement and claims to speak for the new ruler, but is actually sending the party off on missions for their own advancement.

Because these factors are a reality of human society, they run across all genres and tones. Are the players PCs spies who suddenly find themselves with new and conflicting orders as their chain of command sorts itself out? Colonists on a distant world where the priorities a leader selects means life or death? A band of thieves in an early industrial city-state where the nobles had to flee, leaving their valuables to be fought over by rapscallions like themselves? Change is story, and story is our business.

Andy, how do shifts in politics and leadership appear in your games? Do the PCs interact with powerful people directly, through quests given by royalty, for instance, or do they mostly see trickle-down effects in diverse ways such as bar fights, pub brawls, and tavern stabbings? 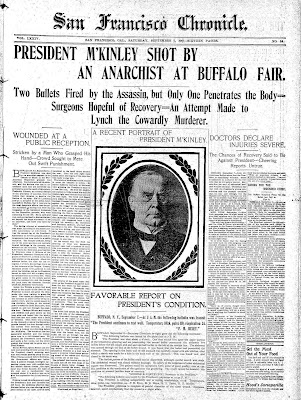 A: Shifts in politics and leadership in game settings can have major and minor consequences. The most minor of these in my games tends to arguments of Pitt the Elder vs. Lord Palmerston. Simpsons quotes aside, those major consequences in a setting can change the entire course of a campaign story. Not being too much of a political aficionado, I tend to leave the politics in the background without the players noticing much. However, in the campaign I started over the pandemic, the players have gotten themselves involved in local politics on a number of occasions. Before running off on their latest adventure, the members of the group have already: made themselves silent junior partners in a mining concern, run off a local town master and installed a town council, negotiated a protection deal between this town and a group of orcs, increased their standing with local organized crime and thwarted a different organized crime syndicate. While they have not yet returned to see the fallout of any of these actions, in the meantime, they’ve managed to decimate a minor cult.

What changes will those actions force in this campaign? I dare not share too much on this blog in case any of the players are reading... but one can imagine the consequences. From subtle shifts of power and rising costs, to changing allegiances and war, anything is certainly possible with these players involved. As long as they are interested, of course. It would be wasteful both as a collaborative storyteller and just a DM trying to prepare, to spend too much time on something that won't be meaningful for the players. If you’re all interested in lines of succession and the fallout, changing power balances, negotiations, and wars, then devote all the time you like to it. Otherwise, you might wear the patience of your players a bit thin talking about trade disputes... beware that phantom menace.

B: It's funny that you mention that in particular, as I've heard a number of people say how much they enjoyed Terry Brooks's novelization of Episode I simply because it went into detail about the trade disputes that George Lucas glossed over in the film. But Brooks had already been a successful fantasy author for decades, with plenty of experience at making the gritty details of an imaginary setting interesting even to audiences who were there for swashbuckling adventures. And that sums it up, doesn't it? Knowing what your audience and players expect, and satisfying those expectations, while (hopefully) getting them interested in new and different storytelling possibilities. 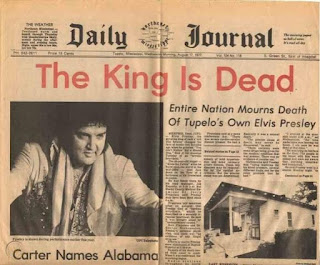 If the game is something based specifically around enforcing societal laws, cultural norms, and/or the edicts of those in power, changes in leadership can have an immediate and visceral impact on the characters' lives. I've recently been fulfilling a New Year's Resolution to read more indie RPGs by delving into Vincent Baker's Dogs in the Vineyard, given its significant influence on modern narrative game design. The game hinges on the players' moral choices, as it tasks them with enforcing a religious doctrine ("the Faith") that is, without saying so directly, fundamentally unjust and often at odds with the secular civilian government (the "Territorial Authorities.") The "right thing to do" is left entirely up to the players to decide, and leadership changes among the Faithful or the Territorial Authorities can make things all the murkier. But again, the players' expectations are paramount, and people played Dogs in the Vineyard (and its descendants) to have an opportunity to consider complex moral choices. Some people play games to kill monsters and live as overpowered badasses for a few hours. But even then, little reminders that the world exist outside of their own limited experiences can help your game world feel vivid and complex, cutting down on the artificiality of stasis. And if the players are there to play out the power struggles and complexities of leadership themselves... have at!

Until next time... long live the game!