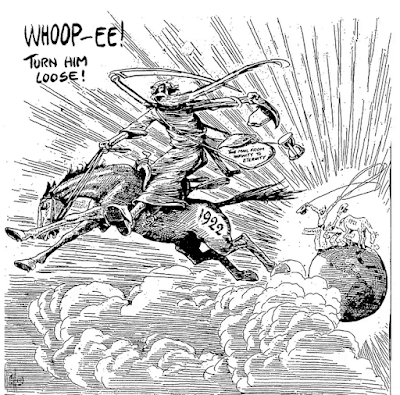 It doesn’t seem that long ago when we were making our 2021 New Year’s Resolutions...a year that, unfortunately, didn't end up being too dissimilar from 2020. Fortunately, Never Say Dice are fully vaccinated, boosted, and staying as safe as we can. Before we get to our resolutions for 2022, we thought we'd check in on how we did last year, maybe keeping a few of those for the coming year, and set up some new goals. If you’re setting your own along with us, remember to keep them simple and specific. If you set your sights just low enough right, you can accomplish your goals and still be slightly proud of it. How did Never Say Dice do with our Gamer Resolutions from last year, and what are we anticipating for 2022? - A

A: I set a few goals for 2021: the first one in our previous post was to actually play in a TTRPG, apart from just running a regular campaign. I have a few updates this year, and I’ll start with an assurance that my regular campaign is still running with the same people. I’d set a goal of playing again by September, and I simply smashed that goal. In January, I played a few sessions of a 4th edition D&D campaign with some random internet folks, but, in the end, decided that particular game (and 4th Edition in general) wasn’t really for me. In February, though, I picked up a second game, also with some different random internet folks, and while that fizzled out by June I did make a few new friends. I also learned a ton from these adventures about virtual tabletops, Discord, rules, voice acting, and more. So, pursuing this resolution has not only has this been enjoyable, it's also made me a slightly better DM, as well.

The next goal I set for myself was to finish the main storyline for at least one video game. I didn’t set a poll to see which one I should finish, but you can consider this goal smashed as well. As you may remember from a previous post, Bugsy and I discovered we’d both been casually playing GTA: San Andreas again, so we decided to play-through together, and I finally managed to get past my long-standing San Andreas roadblock and get through the main storyline. I was a bit disappointed I didn’t get to 100% the game, but this became an impossibility due to a glitch with the photo-ops. I also picked up Marvel's Spider-Man once more, and managed to 100% the main game. I’m now working on the additional content with my sons, and plan to start a New Game Plus. That is two games "completed" by June, and the goal was to have them done by the end of the year!
My third resolution for 2021 involved this blog. I set a goal of building a backlog of at least four posts by March 14th... I’m sad to say that I failed at this. I was able, though,  to prepare a two post backlog (one of which was Risus Burger), and I have notes on a few others. Even though this falls short of my "four posts" goal, let's stay positive and call this a "partial success" instead of a failure. After all, we’ve put out a lot of great content this year and seen major increases in our readership (a big thanks to all of you!) We also picked up a few awesome projects because of what we've done with the blog.

As for 2022, what should my goals be? Other than Never Say Dice finishing some of our projects, I think I should have a few personal goals. I still miss getting to play in games, but a campaign might be bad idea. Perhaps I can try and get in on a couple one-shot adventures by the end of September. I also spend a lot of time talking about and running TTRPGs in the past year, but spent almost no time with board games I have a backlog of those. as well, so let me say I’ll try to play at least 3 board/card games that I've never played before by the end of 2022.

B: Looking over last year's resolutions, one of the first things to strike me was mention of a Never Say Dice post that... that never was -  Writing on Games, one of my favorite YouTube channels, did a video about Dishonored mere weeks after I said I would likely be writing about the game in the coming year, and managed to cover a lot more than I could. But that's fine, since I did end up finishing Marvel's Spider-Man, along with Return to Castle Wolfenstein, Oni and Silent Hill 2 - all of which led to posts on here.  (I have yet to defeat the final boss in Tenchu, but that hasn't stopped me from writing about that game.) Given that one of my resolutions was to "consume more media," at least we can say I've been active on the electronic gaming front, but there's still plenty of backlog to work through - enough for me to wonder if creating a profile on a gaming backlog tracking site (there are quite a few now) would even be worth it, as it might take the same length of time to get everything entered as it would to play one of the games in it... 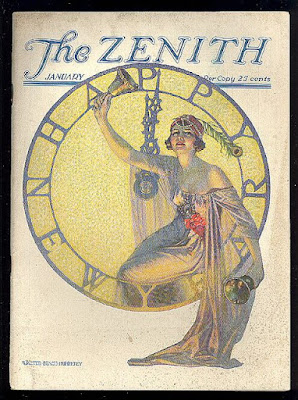 I also talked about digging into my comics/graphic novel collections more, and I've had some success with that, getting through the first three Love and Rockets books in 2021. (Incidentally, if anyone wants to try this legendary series and is into reading comics digitally, Comixology currently has all the L&R books massively marked down - along with everything the creators have done, as well). Still a lot to get through, but reading these has reminded me that sequential art can be read in a number of different circumstances where standard prose would be difficult (in low light, when you're too tired to keep track of descriptions or too scattered to process things linearly...). With all that in mind, hopefully I'll start reaching for comics a bit more frequently in 2022.

I do feel that I'm falling behind in developments in the world of tabletop games as well, but fortunately, that's another area where I've amassed quite a collection. I'll set myself a goal to read at least five indie RPG books in 2022 and at least one from a larger publisher - maybe Andy will be able to keep me on track for that one. I'll try to spread it across a number of different genres and playstyles as well. There's a lot of exciting new stuff happening out there, and I want to see as much of it as I can.

Last year, I made it one of my resolutions to do more writing and the blog has helped with that immensely, but I still would like to do more. Besides the fact that I'm in a band with a backlog (there's that word again...) of about two dozen songs that need lyrics, I still haven't returned to prose fiction, despite that being my background. Certainly I hope anything I learn along the way will be of interest to our readers engaged in telling their own stories, so that could well inform some future posts.

And speaking of our readers, I'd like once again to thank each and every one of you. 2021 has seen some successes for Never Say Dice that I had never thought possible. Obviously we'll keep doing what we're doing no matter how many people read it, but every time I see that people are enjoying what we're doing, I get a huge smile on my face. We talk a lot about the relationship between creator and audience here, and I just want to take a moment to say how much I appreciate ours.

2022 is still hidden in chaos. We'll share everything that helps us get through it - thank you for giving us a chance to do so.