A Little Action on the Side 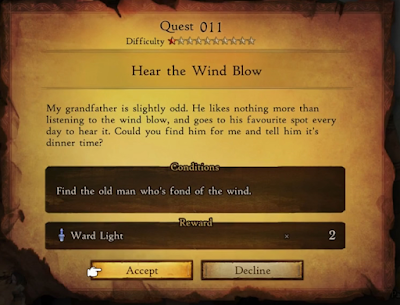 Something that has become ubiquitous in digital roleplaying games, and even video games in general,  is the side quest. In previous New Years Resolution posts, I’ve mentioned skipping side quests (specifically in Breath of the Wild and Marvel's Spider-Man) in order to complete the main game. After all, at worst, they're something that's easy to ignore. That doesn’t mean we should be ignoring them though - I’ve really only been doing it because of time constraints. Sure, the main story is what moves the game narrative along, but the side quest is where a lot of the gameplay is. That's where your character makes their money, gains experience and powers, learns about the world, and maybe even gets some clues about the main plot. At the very least, side quests add to the world making it feel more vibrant and real - the sort of useful and enjoyable context that we like to see in our stories. This is something that I’ve neglected in the past, and maybe you have as well. What are some classic side quests for us to bring into our tabletop adventures that can enrich the world for our players?

The "Kill the 'Vermin'" Quest

One of the most common classic side-quests is having to kill the rats, spiders, or some other low level challenge currently harrying a business or town. In fact, it's so commonly used in digital RPGs that it's become a bit of a trope, even specifically made fun of in one of my favorite video games, The Bard’s Tale (2004) . Besides being a simple challenge for your players, you can also give them some much-needed experience and coin, as well as a possible new ally or two. Surely, the cantina owner, town mayor, or innkeeper will be appreciative beyond the simple outlay of payment. Like with Bard’s Tale, you may want to include a bit of a twist on the trope. In that game, they make the "final boss" of the quest a very large fire-breathing rat. There are other directions you can take it, though. Maybe the "boss" isn’t really a boss at all, but someone hiding out and stealing food to survive. Maybe the vermin in question has become sentient, and would be a potential new ally for the party... if they can relocate it. With a simple premise like this, there are tons of different ways you can put a twist on it. 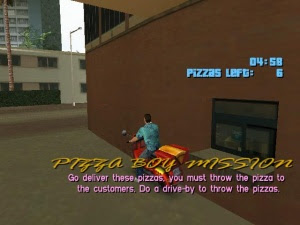 Another classic side quest is the Courier Mission. Someone always needs a thing delivered, picked up and returned, or found. The item in question might be a missing sword once belonging to an NPC’s father, a purchase that needs to be grabbed from across the city, or a letter that needs to be delivered. This side quest is used countless times in media, and can be used to add flavor to your own stories as well. This particular type of side quest can support your game in a number of ways. If your players show interest, it can help direct them to a location you want them to arrive at for other reasons. You can use it as an easy method to get them an extra reward for going to a place they already had plans to visit. Or, of course, you can always use it to get them into trouble. That package might have illegal contents, other people that want it, or the quest giver might have been lying about owning that object in the first place. No matter how you deliver it, the Courier Mission is a great one to include in your games.

If you like the idea of setting up your players with their own friendly town or shop, the Defense Quest might be just the thing. This side quest has been the main premise of many stories all across the media landscape, and is a staple of western movies. Just because it's been done so often doesn’t mean you shouldn’t include it in your own games, though! Picture some gruff Klingons demanding protection money from the kindly Andorian bartender serving you Aldebaran whiskey ("it's green!").  Could your heroes help the bar defend itself and keep the Klingons from paying any future visits? Or perhaps local Orcs keep raiding the town where your players have decided to take. Maybe even a town they’ve been asked to deliver a package to in another side quest! You could also use a similar twist to the other types of side quests we’ve discussed. Maybe the place your players agreed to help defend isn’t as innocent as they claim, and your players only find out mid-fight. The town, bar or other shop may have taken supplies, slaves, or anything else of value from someone who's started to harass them for it. If you go this route, try to make it obvious not to long into the fight who the "bad guys" really are. You don’t have to include a twist, though - putting this quest into your own games, under their own circumstances and locales, will likely be special enough by itself. 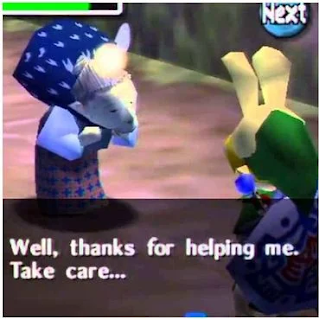 There are a wide variety of side quests you can include in your stories. You can, of course, take inspiration from video games, books, or other media, but make sure to do your best to include your own twists if it's something that your players might have already seen. Your goal is to make them groan about your bad jokes, not plot cliches. You’ll also want to ensure that these quests are optional for your players, and not something you're forcing on them. It can be game-ending to force your players into situations they have no interest in. Finally, consider ways you can include these missions into your existing main storyline and how they could support and enhance it. Until next time, enjoy your tabletops, get out there, and break some dice!