There's Not Enough Time... One-Shots to the Rescue! 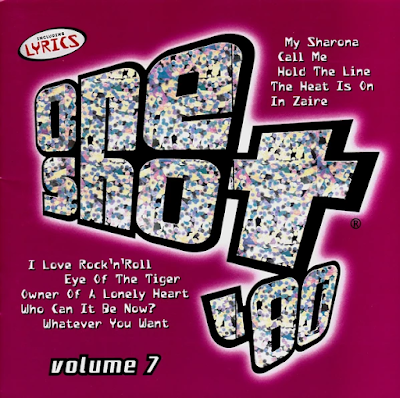 Over the last few years, the “story-driven” campaign has seen a rise in popularity. It would be difficult to deny the appeal of long character development arcs: comedy, romance, drama - it can be like an interactive version of your favorite movie, book, or TV series. It’s no wonder people enjoy this style of play, as long as they aren't looking for something purely strategic or simple hack-and-slash. But who always has the time for all that? Between scheduling issues, the pressures and responsibilities of day-to-day life, and the plain amount of planning and writing required, it can sometimes be amazing that anyone has the chance to run story-driven campaigns. A few hours spent every week around a (virtual or physical) table with your friends playing a game can sometimes feel (dare I say it) inconceivable! All of these issues might preclude many of us from even attempting a game, or only playing vicariously by jamming in live-play recording listening sessions. However, with a little less time and effort than a story-driven campaign requires, we can still enjoy our favorite hobby. Enter... the One-shot Adventure! But are games and modules designed for shorter adventuring forays really a good enough replacement? - A

A: A one-shot RPG may not be exactly what you want out of a game, but it doesn’t have to be a bland single session, either. When you hear the words "one-shot," you might find yourself picturing one single marathon-like adventure session. Or perhaps something you’ve played at a convention, maybe even an online pickup game. But playing in or planning a one-shot mini-campaign or a short adventure strung over a handful of sessions can be just as enjoyable and rewarding without the time and scheduling issues of a full-blown campaign. This can allow both players and GMs to get the feeling and enjoyment of a much longer game over just a few weeks.

That doesn’t mean there isn’t something to be said for single session adventures, too. A one-shot adventure can offer the exciting change of trying something different. Players can try a class or character they've always shied away from without feeling locked in for a long-haul story. GMs might feel free to try house rules they’ve been considering or finally run a session in a niche system (anyone for a game of Risus?) that's been sitting on the shelf for far too long. It lets all of us dip our toes into genres we might not otherwise play in or that doesn’t interest our typical groups. This can also be a golden opportunity for someone who has never GMed to try a turn at the helm. A single session is a great time for someone put themselves out there and get a feel for running a game. At the very least, you might give a “forever GM” a chance to finally play, themselves. Bugsy, what advice do you have for someone interested in running a one-shot? What is the best way to go about planning, and how can they bring the feel of longer term character and plot development we all get from extended campaigns? 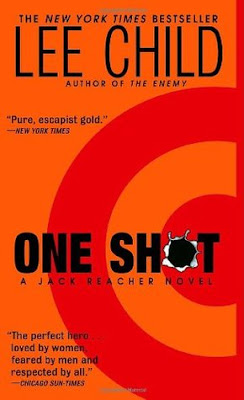 B: With my poor scheduling skills life of adventure and predilection for less-popular games, one-shots and loosely-connected sessions only vaguely resembling a campaign are kind of my standard. Plus, I often tend to find myself running games for groups with a mix of seasoned veterans and people totally new to the concept of roleplaying... not to mention all of the visiting friends and family that regulars sometimes bring in as one-time players and the occasional comic book shop session for total strangers. A lot of my preparation is ultimately being comfortable explaining the game, setting, rules, and tone as clearly and concisely as possible. If I know the players in advance, I'll work with them to create characters, but I always have a small stack of pre-gens ready to go.

One of the trickiest things in these kinds of sessions is "reading the room," and getting an idea whether players are having a good time, what they find interesting or boring, if they're "getting it," and so on. It may seem counter-intuitive, but I prefer to have a less-structured plan for one-shots than games with established groups - that way, I can adapt to the situation in front of me. I also try to keep a specific endtime in mind, and will start accelerating towards the conclusion as that time approaches. For a one-shot, after all, the end of the session is the end of the game, and you want to provide a good, complete experience - particularly for first-timers who may be forming their entire opinion on roleplaying based on how this game goes. (But hey, no pressure...)

One complicating factor is when you're running a one-shot for a system you've never tried before, so both you and the players are learning the thing as you go along. Story-wise, I find it best to play things very loose here, as you'll need to factor in time for working out rules and how situations are resolved. If you're a glutton for punishment and trying a game for the first time as a one-shot with strangers, all of the above advice is even more applicable - you really don't want to lose your new players during rule debate sessions. Be ready to adapt things, it's more important to keep everyone engaged and the action moving (remember that ticking clock...) than it is to run the game exactly as intended. Sometimes, you'll have to draw on your reserve of GM Confidence (or at least fake it), and come down with a hard decision to get things back on track. Ultimately, all  of this does make a good "stress test." You'll come out with a better idea of where things might get confusing, and what you may need to streamline in future sessions.

Like standalone books and movies, one-shot RPG sessions offer a distinct appeal in their completeness, and can be refreshing in a world of franchises and Expanded Universes that just keep... expanding. Even in the loosest of sessions, you'll still want to be mindful of rising and falling action, and particularly conscious on providing a sense of closure at the end. Of course, this doesn't mean that you're obligated to close things off forever - everyone may find that they really do enjoy this new system or setting and want to try more of it, or a character can return in another game, playable or as an NPC... or just as an influence on something new. Maybe a future one-shot will be a sequel to this one. But if you do return, respect the finality of the first game's ending. Whether it will be a one-shot or a new campaign, make sure the new game has its own distinct feel and isn't simply picking up where the last one stopped. The credits have already rolled, and it's time to present a new installment, not an extended director's cut.