Once again we find ourselves posting on a day that celebrates a beloved fictional character. And why not? After all, we’ve had days (and posts) celebrating these holidays before, even if our inner cynics know they're mostly marketing ploys to sell media and merchandise. We’ve talked about the nature of Superman and his stories in Strange, Familiar Visitor from Another Planet. We've taken tips for our tabletop games from Mario's adventures in the Mushroom Kingdom with Details: The Power-Up Mushroom for Your Narrative. And while he's arguably a vigilante, there's no argument against celebrating the enjoyment of our favorite caped crusader - Batman! In various forms, the character has always been a big part of our households, with many birthdays and Halloween party themes featuring hero (and villains) of Gotham City. There's plenty of inspiration to be found in the tales of the Dark Knight, so let's race to the Batcave and discuss them in today's Bat-Post!

One of the things that makes Batman, and the DC Universe in general, so popular are its villains. There are scores of iconic examples: The Joker, the Penguin, the Riddler, Mr. Freeze, Catwoman... and that's only a few. Sure, there are additional oddities as well - take Egghead, King Tut, or Louie the Lilac, for example. One thing so many of these ne'er do wells have in common is how iconic they are. As you read each name, it's very likely that one portrayal or another popped into your mind. For some, the Riddler, it may even have been several incarnations. After all, there are lots to choose from across comic, games, film, and TV (both live action and animated) versions. And, while some stand out more than others, they are all instantly recognizable. That's one thing we can take to our own gaming tables and stories as we celebrate Batman: make your villains memorable and unique. They don’t have to be as cartoonish as Egghead or King Tut, but they can still have portrayals that cement them in your audiences' minds . Give your villains a signature voice, a unique weapon, or distinctive style of clothing. Give those evildoers something special for your players and readers to grab onto and carry with them. (I know my regular D&D players are still trying to figure out the deal with Glasstaff, and they made it in and out of the caves ages ago.) And sure, maybe every now and again you can make one particularly over-the-top. Who doesn’t want to play a crazed supervillian monologuing and milking the giant cow once in a while? 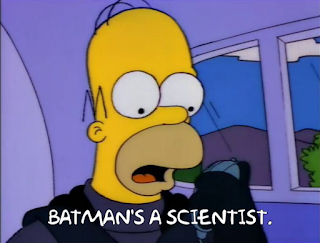 Batman himself is exceedingly accessible. My 4-year-old who hasn’t seen any of the movies, cartoons, or comics is still somehow obsessed with the crimefighter. I don’t think this is a particularly difficult mystery to solve. Who wouldn’t want to be a rich philanthropist carefree adult with the opportunity to be a hero that gets to play with cool gadgets on the side? Batman is so many amazing and interesting things at once: a vigilante, rich, a scientist, a ninja, a magician, a knight, a crimefighter, an inventor, a flying buzzsaw, and so much more. He even has a degree in Law from Yale! Okay, some of those are a stretch or synonyms, but you get the picture. Batman is a lot of things to a lot of people. Who wouldn’t want a chance at some of that? And more importantly, Batman famously doesn’t have any actual superpowers. Unless you count "being super rich." Deep down inside many Batman fans, there's likely a fleeting thought that if they just had enough money they could be Batman, too. His accoutrements aren't even that outlandish compared to some other non-powered heroes, like Ironman. But while I can’t make any of that happen for you, maybe we can all pretend to be Batman at the tabletop. 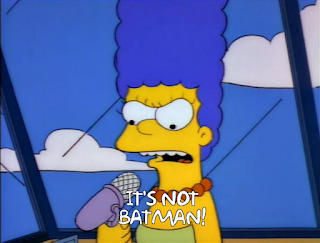 There are plenty of superhero TTRPG games out there that are specifically crafted to help you create your own version of Batman. DC Adventures even allows you create superheroes and have adventures in the official DC Universe. One of my favorite things to do, though, is see if I can get the same feel for a character in a system not necessarily designed for them (and let’s face it... D&D has the market share). How would one go about creating Batman in the D&D universe? Obviously, Human is likely the first race that comes to mind, but I'd argue that any race can give you that "Batman Feel." Imagine, if you will, a Dwarf Batman figure whose parents were killed by a crazed orcish or goblin Joker. The second thing to pick would be class. The first thing you might think might be Rogue, and you wouldn’t be wrong, but the Batman Feel can be found in many classes. Is your Batman more of a "skirmishing ninja?" Then yes, a Rogue, Monk, or Ranger might be a good fit. Are we talking about a frontline fighter? Barbarian and  Fighter may not seem obvious fits at first, but think back to some of the combat you’ve seen our crimefighter take part in and tell me he doesn’t fit that role. The only thing that might be a stretch would be Batman as a spellcaster... or is it? Just try picturing Adam West’s scientist Batman, but instead instead of Bat-Gadgets, he's creating scrolls and magic items to help locate and fight the bad guys. The point is, all these things have the potential to be Batman. You can build your "Batman" character however you like. You can even have a poor Batman, not unlike Terry McGinnis. The feeling of Batman, the thing that's most important, is the attitude, drive, and moral code we associate with him. That's how you get the Batman Feel, no matter what system you're using.

Whether you choose to be Batman in a game, or to use a villainous inspiration in one of your stories, Batman's world is filled with ideas you can use to grow and expand your storytelling. Remember, it's the feel of these things that matters, not the specific surface features or traits, but that inner essence. That's what you need in order to capture the Batman - the feeling. And, if by chance you've found yourself with a large sum of money, a tragic backstory, and a hankering to lay down some justice? Please Ziff, Boff, and Bam your way to a gaming table and not out into the streets. You might even have some fun and work out your grief without being hit. 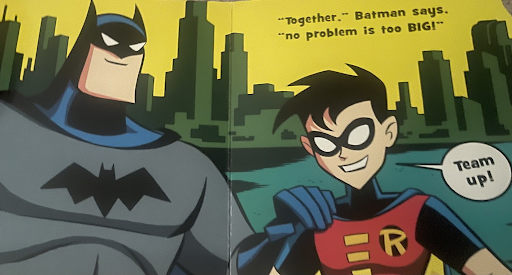