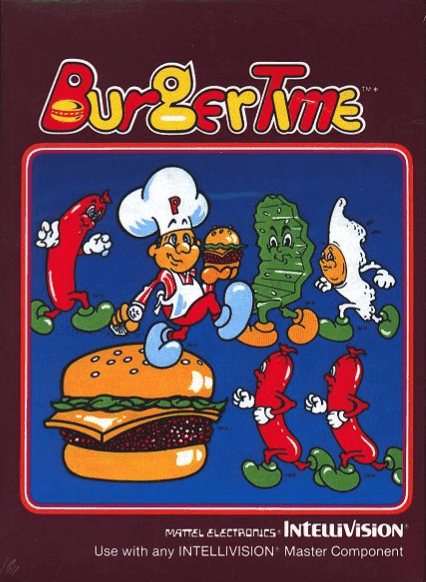 Food disagreeing with you lately? The summer holidays are often full of greasy burgers and hot dogs. I know I’ve been grilling more than usual. That wasn’t what I was referring to, though. Does your food want to make hamburger out of you? Then perhaps you need help from Peter Pepper. You might be asking yourself, “who?” Don’t worry, we’ll cover that in a moment. First we have the "how." We don’t need IntelliVision’s arcade-like super graphics for this post. We need Risus: The Anything RPG. What is Risus? I won’t bore you with all the details here. (Besides, you can read our very own Introduction to Risus post.) In short, Risus is a rules-lite, versatile, and down-right fun “anything” TTRPG. In previous Risus posts, we have looked at converting the characters from Gauntlet, and taken inspiration from the Pole Position properties for an arcade themed setting I’ve been working on. In actual play, the game world would look something like Wreck-It-Ralph or ReBoot. For this post, we’ll be scraping the griddle for some tasty inspiration from BurgerTime.

BurgerTime was an awfully strange game from the arcades' golden age. Our protagonist, Chef Peter Pepper traverses mazes of planks and ladders to force together the ingredients of giant hamburgers. It can’t be that easy, though, as he's also harried by three human-sized anthropomorphic food creatures: Mr. Hot Dog, Mr. Pickle and Mr. Egg. If he can crush these ne'er-do-wells into the giant burgers, Chef Pepper can even score some bonus points. As strange as it sounds, it kind of works on the same levels as Pac-Man. It coalesces into a rather fun early platforming game. If you don’t have experience with BurgerTime, the game is worth a play or two. They’ve also released BurgerTime Party, an updated game for Nintendo Switch with new enemies, levels and power-ups that looks like it might be worth a purchase. For this post, though,  we’ll focus on the original arcade game. 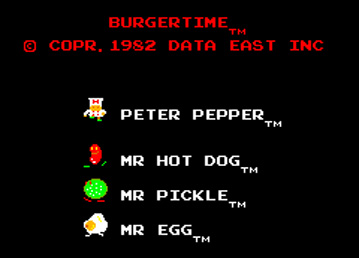 We’ll start off our building this week with BurgerTime's enemies. Unfortunately, there isn’t much to Mr. Hot Dog, Mr. Pickle or Mr. Egg. Unless we want to delve into and analyze their behavior from the commercials, we'll essentially have to rely on their actions in the game. Unless I’ve somehow missed it, there isn’t even a spin-off cartoon like there was for Pole Position. As we don’t have much to work with (there isn’t too much to them other than their looks), we won’t do full builds here. They aren’t Bosses, they are more like Goombas from Mario. We’ll take Mr. Hot Dog for a start. We’ll give him Buns of Steel (2). What does it mean in terms of our TTRPG world? He can take some damage in a fight and is probably good at aerobics challenges. For Mr. Egg, we’ll provide Comedian (2), although I'm tempted to build him out further using Egghead from Batman for inspiration. "Comedian" can describe both  Mr. Egg’s persona in the shared arcade world, and serve as his attack against our hero, Mr. Pepper. It is never really explained how the foods take out the chef, perhaps Mr. Egg hurls insults like the vicious mockery of D&D. (The yolk will be on him, though, if Peter brought his pepper spray.) That leaves us with the sour Mr. Pickle. A simple Vinegar Tester (2) will have to suffice for him. It can be his mundane persona and his attack (pelting Mr. Pepper with tanginess). That provides us with our enemies: 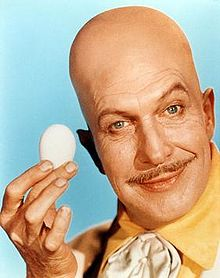 Now for our hero, Chef Peter Pepper. Just like our enemies, the game doesn't provide a whole lot for us to work with. However, this is our hero and him being a chef gives us something. Given the foods involved (hamburgers, hot dogs, eggs, etc.) I’d like to say that he is a Short Order Cook (4). That can be his job in the game world and will be good for cooking competitions and speed challenges. He must also know something about running a restaurant and the ins and outs of ownership and management - perhaps he even owns the place he's fighting in. We’ll call him Restaurateur (3). And we can’t get away without giving him Platform Hero (2). He isn’t as powerful as some other Platform Heroes (this guy can’t even double jump!), but he sure can climb up and down ladders quickly. For our final stat, we’ll do something a bit special. Risus has an optional rule called "Lucky Shots," where you exchange a character point to have temporary boosts to your other stats. For Chef Peter we’ll call it "Pepper Shot" to replicate his ability from the game. He’ll be able to boost his other stats with an extra die three times per session for one roll. With that we now have our hero:

One thing we haven’t talked much about in previous Risus posts are bonus items. This is something that comes up quite often in video games and should be included in our TTRPG world. In BurgerTime, there are Coffee and Ice Cream items that appear on screen occasionally, and collecting them will give you bonus points and an extra pepper shot. We’ll have them just give the extra pepper shot here. This is something that should be done more in TTRPGs in general - temporary bonuses are easy to hand out and to accommodate for when setting up challenges in your games. Plus, they bring a bit more fun to the players at the table.

You can heat your grills back up, because now we have Peter Pepper to defend us once more from food gone bad (or at least include in our table-top games). No longer will we have to fear the likes of Mr. Hot Dog, Mr. Egg or Mr. Pickle. Unfortunately, there isn’t too much else we can glean from BurgerTime for a tabletop game. However, we still have a ton of games to visit, and we haven’t really fleshed out a true arcade villain yet. So, if you enjoyed this post, keep checking back for further Risus builds, or look at our other posts for some more inspiration and create your own themed Risus characters. And be sure to keep a look-out for when we release the full supplement! I hope you all enjoy playing around with Risus at your own tabletops. Until next time, get out there and break some dice! 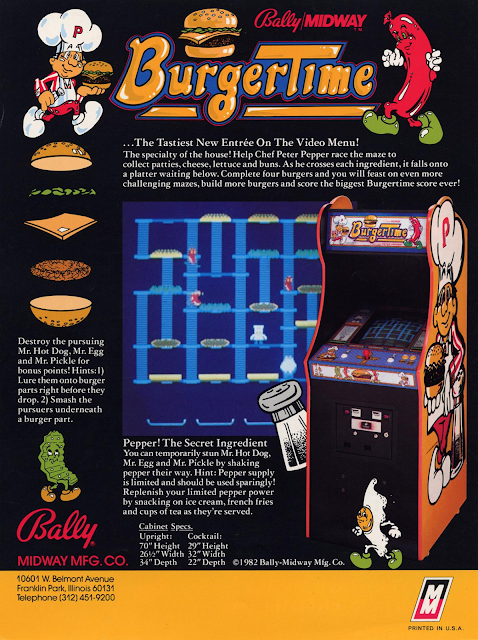