The owlbear rushes forward beating aside your comrades. They now lay on the ground fighting the throes of death to regain consciousness.  The owlbear is wounded though, and you’re up. This is it. Now is the time to charge forward and end the battle. You swing your broadsword, roll a d20 and get...a 4.

You duck into a shadowed doorway as stormtroopers march down the hallway. Their blasters are drawn, but you think you’ve found a good spot to avoid them. You’ve almost made it out of the compound. The GM has you roll for stealth. The escape all comes down to this one check. You throw the dice and get...3.

The Players and DMs alike yearn for that critical success at a clutch moment, but failures can mean just as much. These situations can even become the defining moment for a character, adventure or campaign. What is the best way to handle those disappointing moments? -A 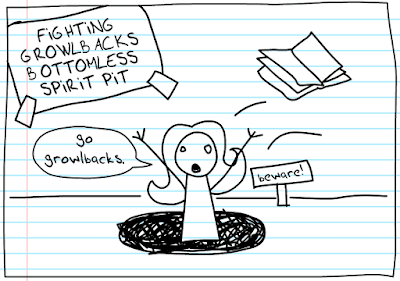 A: Critical successes are something all players are hoping for. Even if skill checks don’t technically “crit”, there is little more a player can hope for in their rolls other than maybe a...critical failure? Yes, rolling a 1 can in fact be just as rewarding if not more so than rolling a success. That seems contradictory, but these extremes provide the needed ingredient in the game to really define our characters. Adversity helps those stats and notes on your sheet become something real at the table. Bugsy, how do you use critical failure to push character development?

B: There’s an old saying (at least I think there is) about how, in any kind of storytelling, failure is always more interesting than success, and this is particularly true at the gaming table, where failure can happen at any time, whether it’s where someone would expect it in a narrative or not - at least when it comes to random determinants. The failure is where the character (and, more often than not, the player or GM) really shows who they are, not who they want to come across as. What do they do when it comes down to the wire? How do they take it? How do they triage for priorities - what comes first: the party, the quest/mission, or themselves? Once things start going wrong, the player (or GM, they’re not exempt here!) will probably reveal more about their characters than they realize. Greed, cunning, hidden nobility? It’s all in what they do next.

Even aside from the immediate, potentially subconscious response, any failure offers an opportunity to consciously expand a character’s personality and even background. We aren’t usually privy to a character’s past, and have to glean it from the time we spend with them. The failures we are unprepared for will echo our past histories in ways that successes we plan around cannot. It can give someone a chance to go “why would my character do what they did, what circumstances have led to them having this kind of reaction?”

Character development aside, of course, there’s still the matter of actually keeping the story going when things have been severely messed up. Andy, how do you adjust things following critical fails?

A: When it really comes down to it, you don’t need to adjust anything following critical failures. If you’ve done your planning, you should be ready for that outcome. When the players are getting the upper hand through critical successes, you should already have your villains ready with a backup plan. Are they going to call in reinforcements? Do they have an escape plan ready? Perhaps you’ve given them a plan for negotiations with the players. These are all things GMs need to consider before running a campaign or adventuring session.  After all, we typically plan our games with players as the heroes, right? If that’s true, you should be ready for your villains to start losing the battle. The other side of “the critical” is more difficult to plan for: when your players are failing or your villain is succeeding.

Villains getting the upper hand is what GMs live for. Okay, not really. We mostly just want to tell an entertaining story with our friends. If the villains are winning too much, through the fault of the dice alone, you’re likely to end up with some very sad players at some point. Even without a villain’s involvement, it can be frustrating for players to continually fail when trying to find the clue, trace a path, or escape a trap. The thing to remember here is that the clock in San Dimas is always running. The universe is happening around your players even when they aren’t making progress themselves.  No matter if they’re stuck behind a potted plant or headed off to the wrong time period, the clock is still ticking. It’s possible that reinforcements will arrive to help your players. You might throw a chance encounter at them, leading down a different path. The world doesn’t stop if your players are stymied. 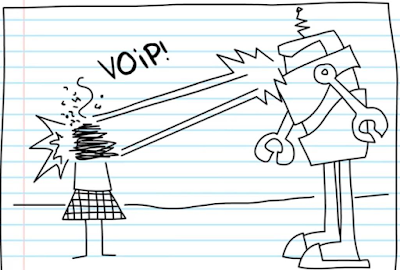 B: Entire systems have been built around finding ways to deal with some of the failures you mentioned - Gumshoe, for instance, was born out of frustrations running mysteries in existing systems, with players missing vital clues because of failing the necessary skillchecks. There are other systems where players are each given a set number of guaranteed successes... and it's up to them when they happen. But that approach is generally for a more directly narrative-based approach rather than the free-form way that a lot of us do roleplaying. In any case, you're absolutely right, Andy - things need to keep happening. And the players might find a new way out of their mess, or they might find an alternate way to succeed... and the GM may have to float something to them. (Sometimes literally, if their failure took place in an aquatic setting.)

GM assistance should never undo player failure, of course - it was an event that happened and that everyone was aware of. The possibility of failure needs to be present to maintain any sense of tension and excitement. (GMs fudging their own hidden rolls is another matter, and probably one best suited to one of those therapy sessions where they hand out foam-covered weapons... or at least a future post.) But it also shouldn't mean total failure, just a change of circumstances, which will depend largely on where you are in the story and in your session. If you're looking for a place to wind down, a player failure can make a great cliffhanger to end on. As a bonus, the GM will get until the next session to work out what happens next rather than winging it on the spot. Alternately, if the game is at its climax, that failure can brief enough for another player step in and help with an extra roll or modifier. These are the moments that players live for, after all, and they'll do their part to make it as memorable as if you'd planned the whole thing out - just one more unexpected twist.

No matter when you slot it in, the players should still need to engage with GM assistance themselves, both to keep from feeling railroaded and to help maintain morale and group cohesion. Even a small success ("I did it! I caught that important-looking piece of paper the villain let slip as he rode away!") can offset a major failure, lifting everyone's spirits and maintaining momentum. In The Empire Strikes Back, the Falcon crew's rescue of Luke following his failure against Vader provides major catharsis for the audience. While the situation at your table may not be as dire, there will still be a similar feeling of relief and camaraderie, and that final victory will feel well-earned by everyone involved. 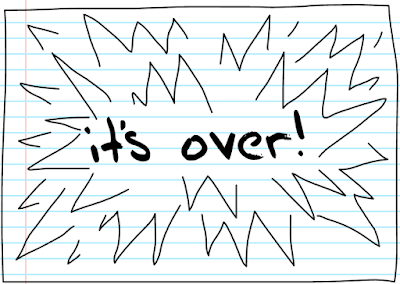