I Am Camp Incarnate: Trash History and Return to Castle Wolfenstein 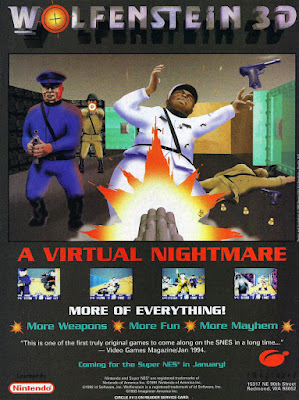 Today is V-E Day, and earlier this week, by sheer coincidence, I declared victory over Return to Castle Wolfenstein - specifically the Playstation 2 version. I'd started it a while ago, but picked it back up both to try and cut down my gargantuan list of  “in-progress” games and to build up to playing the more recent titles in the series with Andy. Playing RtCW in 2021 was certainly... an experience. I haven't chosen the games I've played during the pandemic specifically because of their relation to current events, but an eerie number have featured infectious disease plots (Metal Gear Solid V, Dishonored, and Marvel's Spider-Man), so gunning down Nazis at least gave me a chance to engage with a different aspect of our unfortunate times.

Return to Castle Wolfenstein is, obviously, an "historical" game, but in more ways than might seem obvious (or intended)., The era it conveys is not the 1940s in which it was set, but the way that period was conveyed in the trashy exploitation films of the 1970s that were seeing a major revival in the 1990s and 2000s through media such as the films of Quentin Tarantino and the comics of Garth Ennis. This ties into my own personal history as a teenage fan of both of these creators, which, combined with nostalgia for 1992's Wolfenstein 3D, made the target audience RtCW was aiming for in 2001 like a Panzerfaust. Nonetheless, as I was unable to play the game in the environment it was originally released, I can only look at it from the modern perspective, uncolored by memory or association.

Even beyond the strangeness of seeing the game's depiction of Nazis with a modern eye, there is an internal dissonance within RtCW itself, at least in the console port. Having been released in November 2001, production would have taken place long before 9/11, and the game retains the playful, movie-inspired take on WWII also seen in titles such as the original Medal of Honor. But where that game took its feeling from the post-war films of unflappable Allied heroes and incompetent Axis baddies (with maybe a dash of Hogan's Heroes), RtCW draws obvious influence from grindhouse fare like Ilsa, She-Wolf of the SS and paperback schlock like The Little People. Following 9/11, though, everything related to the US military was given a sheen of jingoistic heroism, particularly the patriotic sacrifice of the Greatest Generation, somewhat at odds with the media created by actual WWII vets (as discussed in our post on the original Twilight Zone). In the PS2 port of RtCW, this takes the form of a near-psychedlic layering of American flags on the loading screen, which, while I'm sure was a sensible marketing decision in 2003, but today looks more like the clearance section of a Wal-Mart on July 5th. Even without the context of time, though, it feels distinctly incongruous in a game featuring demon knights, cyborg supersoldiers, and SS dominatrices, rather than the honorable sombreness the image suggests (and would be the default tone of other WWII games throughout the sixth console generation). 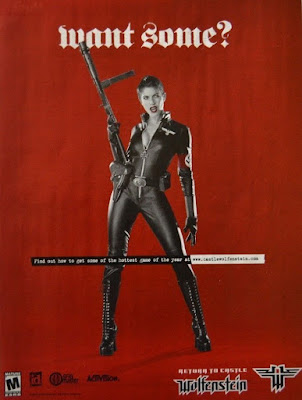 Some of these... "questionably historic" elements have aged better than others. The Nazi occult/archaeology streak running through the whole thing has held up reasonably well, albeit with a coating of gothic grime more akin to World of Darkness than Indiana Jones. The Hot Lady Assassin Squad (Who Are Also Witches for Some Reason), on the other hand... well, it feels weird even typing it out! While the lineage to '70s trash is obvious, much like many of the other trappings in RtCW, they amount to little more than... trappings. But here, the intent remains questionable. They're simply more capable soldiers that double as eye candy. Of course, the dichotomy of visually-titillating enemies the player is supposed to desire and want to kill isn't unique to this game or this genre (one could write a thesis on the "Beauty and Beast" squad in Metal Gear Solid 4), but in context of a group that committed some of the most horrible acts of real-world history, the result feels... uncomfortable today - especially after Gamergate demonstrated how easily defenders of exactly this kind of portrayal can be led into actual fascism. Paradoxically, the past seems closer than ever before.

None of this, of course, concerned the creators of RtCW. The story is simply a way to connect the different elements they wanted to include, as shown by its hyper-perfunctory nature. Named characters only exist in cutscenes or voiceovers, never appearing as bosses themselves, and are the broadest of broad stereotypes. Of the two named female characters, one is fat and oafish, the other lithe, slinky, and (naturally) only seen near-nude. They are simply window-dressing, which is detrimental (if not insulting) to both presentations of real-world history and its trash culture funhouse mirror image. The comedic notes the player finds scattered around do far more to establish the sense of time, place, and tone than any of the major plot events. Even the game's culmination, in which a long-dead German knight is summoned as a lich king, and three cyborg supersoldiers are transformed into demonic monstrosities through dark magic is surprisingly perfunctory, less fun to see than it was to describe. Nazis, of course, make great enemies because the player doesn't need a reason to want to kill them... they're Nazis, after all! But historical bias can easily become a storytelling crutch, particularly in a game setting (electronic or tabletop), where one is trying to motivate players. Why should they care about these Nazis (or whoever your bad guys are) and what they're trying to accomplish? (As the "characterization through flag" loading screens show, this applies just as much to heroes as villains). If this isn't established, the historical setting, whether or not you're playing it straight, is wasted. 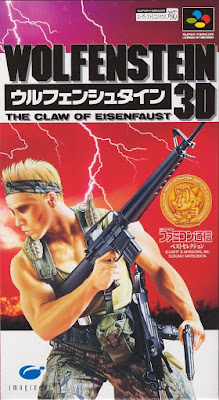 In addition to thinking through the in-universe details, creators working with this kind of pseudo-history need to consider their audience's relationship with the subject matter - particularly with tabletop games and players who may feel singled out. It's a good idea to consider content warnings, even if you feel that the setting is far enough removed from real-world tragedies, some players may find that the subject matter hits too close to home. And, as RtCW shows, taking a fantastic (or trash) version too far from actual events can feel like it's downplaying the significance of real tragedies. The Nazis of the game only present a threat in what they're doing in regards to the plot, with very little acknowledgement of the real life crimes, which can feel like a form of erasure. Thankfully, tabletop GMs can solicit feedback and adjust accordingly in ways that storytellers working in more static forms cannot. People in the latter group would do well to work with diversity readers, even if the victimized groups don't appear in the story themselves - sometimes, absence can be an overwhelming presence.

From what I hear, though, Wolfenstein: The New Order will address many of these concerns. RtCW already feels like a step into alternate history, with a number of anachronisms that don't make sense for the 1940s, such as the "biohazard" symbol appearing 25 years too early. And, complaints aside, I'm glad I took the time for this game, not only to set the stage for later titles, but to get me thinking (and talking) about less-serious takes on historical settings. And it was a blast to play - may all our attempts at trash history be just as fun. 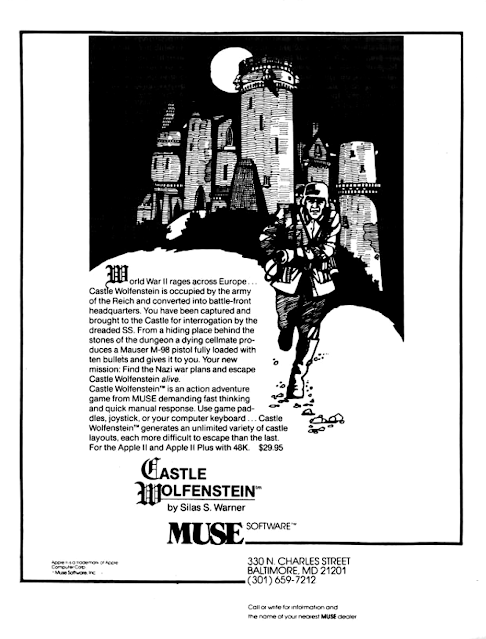