Stay on Target: Bringing Star Wars to the Table 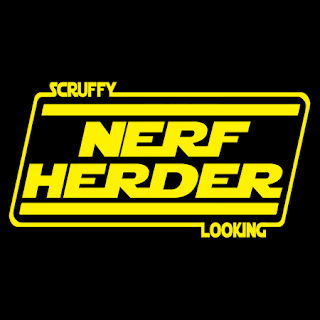 Star Wars, as a roleplaying universe, is one that is near and dear to my heart. In fact, long before I got into Dungeons and Dragons, Star Wars was my gateway into the world of tabletop roleplaying games. My father had mentioned D&D to me before, and we’d even played Dungeon!, but Star Wars was my first foray into what would become a lifelong hobby. It should be no surprise that the universe of space wizards and scruffy looking nerf-herders drew me to roleplaying. After all, I was already wearing “Jedi robes” and swinging around plastic lightsabers as a wee lad. Obviously, it was an already beloved world of pretend play, I just needed some dice to go with it. Add a best friend who had acquired the West End D6 system books, and the rest is Never Say Dice history. How do you recreate the excitement and magic of Star Wars at the tabletop though? In celebration of Star Wars Day, I’ve done my best to answer that question for my regular Dungeons & Dragons players in what may become an annual one-shot event. (I have a bad feeling about this…)

The first thing you might need to tackle with any roleplaying game, particularly one based in the Star Wars universe, is the preconceived notions held by the people at your tables. Everyone arrives with an idea of what "Star Wars" is, what it is not, and certainly what they want it to be. They may even know parts of the lore better than you do. They’ll also come with varying levels of love (and hate) for different entries in the Star Wars canon. You’ll have a need, especially if you plan to run a whole campaign, to address all of this if you can. Agreeing on the era of play is one way to get everyone focused, whether it's a campaign or one-shot. This narrows down several issues and sets everyone onto the same hyperdrive coordinates. Selecting the era will also tell you the state of the Jedi, which major group is ruling the galaxy, who is likely to be fighting whom, and what technologies are available. It gives the players an idea of what they can expect to go up against, what they can potentially rule out, and what established heroes and villains are already operating (if you choose to include them). However, if you have any players unaware of your selected era, make sure to clue them in on the necessary facts.

The next item you may want to focus on is deciding on what genre(s) you’ll be mixing in. Bugsy has already covered genre in another post, so we won’t go into too much detail here. This may sound strange to you at first, mixing something else into Star Wars? Of course you should mix other things in! After all, Star Wars itself is based on the samurai films of Akira Kurosawa, spaghetti westerns, and film serials of the 1940s. Why wouldn’t you draw inspiration from some of your own (or your players’) favorites? For our one-shot, we have an Ocean’s 11 style heist mission set in the Star Wars Universe. You can easily pull in other genres though: murder mystery, spy, horror. The Disney+ series The Mandolorian, for example, famously succeeds in pulling off the "western" feel. Before putting these influences into your game, though, make sure your players are ready for it. It could be extremely disappointing, or even distressing, for players to find themselves in a horror game when they aren’t expecting it. This could even be a game-ending faux pas.  Again, it's all about setting expectations - make sure they have an opportunity to let you know if they aren’t on-board. 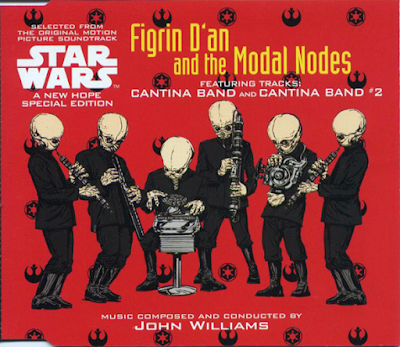 The most important part of bringing the Star Wars galaxy to your tabletops is incorporating its cinematic aspects. If you can, open with some version of the classic opening crawl, tailored to the adventure the players about to have. Not only will this help set the mood right at the outset, but it is also an easy way to establish the era, who the players' characters are working for, and who (or what) they’re fighting against - making it a effective tool for dealing with preconceived notions. A quick pace for the adventure is recommended to match the feel of the screen, but it can be difficult to keep it up. If a scene is starting to slow down or is gradually drawing to a close, don’t feel bad about wrapping it up with a little exposition and wiping to the next part of the adventure. Finally, make sure to touch on some of the films' alien aspects. Strange food and drink. Interesting and unusual locales. Games like sabacc, local music (maybe from Friggn D’an and the Modal Nodes?), odd wildlife. It all builds up to a full "Star Wars" experience.

Hopefully, if you love Star Wars as much as we do at Never Say Dice, this will all help you feel a little more prepared to run a session in the Galaxy Far, Far, Away. Referencing the story's specific era, drawing inspiration from other genres for everyone to enjoy, and incorporating carefully-chosen movie elements will all help your table feel like a genuine wretched hive of scum and villainy (especially if you throw in a classic quote or two). Odds are, if you can do those things successfully, your players will have a fun tabletop adventure. Depending on what you've been playing, it might feel quite a bit different from the adventures they're used to, but will have that distinct Star Wars charm. Until next week, May the Force be with you... now, get out there and break some dice!