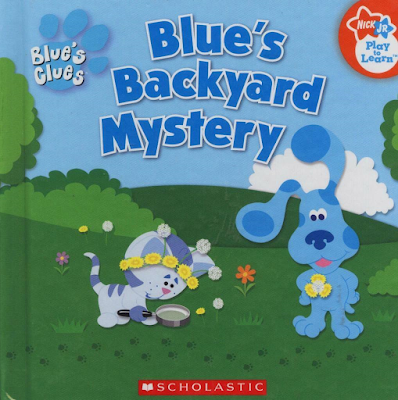 We just figured out Blue's Clues, we just figured out Blue's Clues, we just figured out Blue's Clues, because we're really smart! If you have had or known a kid at any point between 1996 and now, you might be familiar with this saccharine refrain or some variation of it, which has appeared in every episode of the popular children’s series. If you’re not familiar with the show, an animated dog leaves clues with their paw prints for something they’d like to do, and the human host of the show bumbles along constantly talking directly to the young audience, asking for help and advice. Educational content aside, this is the premise of Blue’s Clues. What in the name of Gary Gygax does this have to do with storytelling and tabletop gaming, you may ask? Mysteries are something many of us like to feature in our games, but planning them can be difficult, and players are often quite good at spoiling your carefully-laid plans. As a series, Blue’s Clues uses basic storytelling and solves a mystery in every episode, and in its simplistic format we can find some advice to make planning mysteries a bit easier.

What Mystery to Solve?

If you're interested in incorporating a mystery into your tabletop game, there is a good chance you already have an intricate plot worked out with tons of clues and red herrings to befuddle your players. Slow down! While I’m sure your players will appreciate your work (if they don’t ruin it by doing something you didn't plan for), you need to take things simply and make your job as GM as easy as possible. You don’t need the whole plot (clues, red herrings and all) worked out in advance. What you do need is a rough idea of what you want the mystery to be. Blue’s Clues always has a simple end goal in mind. In your story, maybe that's discovering who's the long lost heir to a fortune. Perhaps you’re planning to have your players solve a murder. Maybe strange crop circles are appearing in town, and the farmers want you to figure out why. No matter what mystery you decide on, keep the end result (and your expectations) simple and open. This will save you a lot of trouble in the long run.

Telegraphing your Clues and Paw Prints 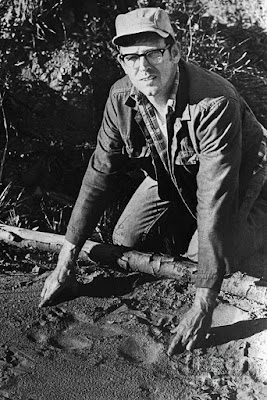 In Blue’s Clues, all the clues presented have a large blue paw print stuck on them to make it obvious for the audience. Your own telegraphing doesn’t need to be as obvious, and you should generally shy away from slapping giant prints on things. (Unless you want your players to find the actual fingerprints or tracks of giants. Or your clue is the Hand of Saruman.) If you have your heart set on a particular clue, do your best not to be too obvious. The players want to feel that “really smart” ending of Blue’s Clues. (I know I do.) In systems that aren't designed around mysteries, there's a chance they might miss the clue due to bad rolls (and, let's face it, your players will want to roll even when it may hurt the plot) or through being distracted by something else. If this does happen, you still have a few options to calm your fears. You could just kiss that clue goodbye, and come up with another plan. This isn’t the best case, but sometimes there's not much you can do. Or you can have an NPC point it out to your crew - if there's a mystery going on, it's likely there are interested other parties besides the players and their characters. Local law enforcement, that shifty shopkeeper across the street, the bum on the corner, or even the farmers who hired the players in the first place! Even someone the players suspect could unwittingly help the players and provide the vital information they missed. When you do take this route, it's good to frame the clue as something the players wouldn’t have found on their own. 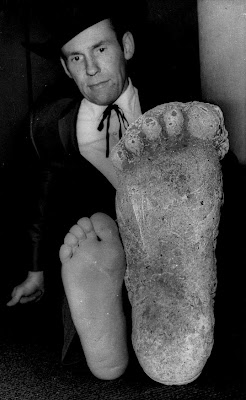 Blue’s Clues makes it fairly simple to solve the mystery. They collect three clues telegraphed directly to the audience, who get to sit in their thinking chairs and think. The show's host solves the case every time, of course. Your players, though, are going to want to solve their case themselves. One thing the show doesn’t include is red herrings to make doing so more complicated. I’m sure the creators didn’t want to confuse kids, and to help build their self esteem. Just as with clues, if you're putting enough details in front of your players, they’re likely to come up with some red herrings, themselves. They may even invent a mystery where there isn’t one. (If you’re a Critical Role fan, I’m sure you’re still suspicious of the chair.) This is all part of the fun for players and GMs alike. So, unless you're set on providing a particular red herring, make running the game easier and let your players do that work for you. Let your players connect the dots as they see fit. You may need to adjust things as you go along based on what your players figure out (the villain now has an eyepatch and is seven feet tall), but it will make  story easier to mold. It may even surprise you.

Even if it's just a sweet kids show, Blue’s Clues can help us plan mysteries for our own stories. By taking things simply and letting our audiences drive the mystery, we can make our lives easier at the tabletop. If we do it right, hopefully all of our players will feel the show's “because we’re really smart” affirmation themselves. In the end, all most of us really want is to have fun and maybe feel a bit better about ourselves, and there's nothing wrong with that. Don’t forget... When we use our minds, and take it a step at a time, you can do anything that you want to do. Have fun breaking some dice out there everyone. Until next time!