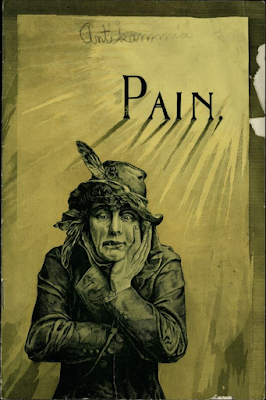 To the Pain! You may not be quite familiar with the phrase. Hopefully, you never mock anyone’s pain. In the TTRPG world, pain isn’t something that's touched on frequently. Certainly, in most fantasy tabletop games, healing a wound and removing pain is just a simple spell away. In real life, though, physical pain can be chronic, debilitating, and unavoidable. While many of us usually use these games as a form of escapism, sometimes a little realism is the spice that makes the games feel alive. That then leaves us with a few sticky questions: can you include realistic pain in your games? Should you even consider pain in your tabletop games? And, depending upon the answers to those questions, how would you go about including pain at the tabletop? So, this week’s post is dedicated to pain. After all, if you haven’t got your health, you haven’t got anything. - A

A: Over the course of the last week, I’ve been doing an acute study on pain. Personally. On Friday night, I was convinced I had pulled a muscle in my back. The pain was significant, but I thought a bit of rest, and a small amount of medicine, might set me straight. I was wrong on a number of these assumptions. Saturday may have been a bit better, but Sunday saw me in an Urgent Care facility in the afternoon and then onward to the Emergency Room. I sat in the waiting room for three to four hours (damn you people who aren’t taking COVID, masks, and vaccines seriously! I needed to be admitted and given serious pain relief!). I was moaning in pain with almost every breath. It turns out that when you have a few blockages in your gallbladder, it can become non-functional and cause a significant amount of pain, localized in your side and back. So, as I convalesce from my ER experience and subsequent emergency surgery, you can see that I am currently and immediately familiar with pain. Can we include that level of pain at the tabletop though?

Certainly, as storytellers, we're likely already including some pain in our games, at least at a description level. “The mace slams into your helmet, sending a ringing to your ears and stars to your eyes. You’ll feel that one in the morning.” Or “I wince as I grab my side, trying to hold in my guts and stop the bleeding. I announce myself, shout to the villain that he killed my father, and tell him to prepare to die.” However, pain in the real world has consequences. My recent pain was debilitating enough that I don’t think I could have raised a sword or cast a spell to save my life, much less succeeded in a stealth check with all of my moaning and whimpering. All of that would leave me to say that we most definitely can include realistic pain in our games. For me, considering whether or not I'm including the concept will be based on a judgement call and conversations with the players. How much realism are they looking for? Although, after this experience, I think, as a player, I might be more inclined to escape pain for a bit. As for how to include pain, much of that will depend on the system. Was it designed with pain in mind? Will you have to make challenge adjustments for pain penalties the rules cover or will you “homebrew” a different approach than written? At the very least, you can continue to use pain in your descriptions.

Bugsy, what are your thoughts here? Should pain be included in games? How do you judge the consequences of pain you include?

B: Pain is a deeply subjective thing, it can only be experienced internally. As such, engaging with it fits better with character-based games that address internal struggle than with ones that are more externally-focused . A character's pain takes on a different role if it's part of the battle raging within them when they're struggling to keep their vampire (or werewolf) nature at bay, or if they're using a type of magic that pulls them away from the human experience than it would have if the central focus is on winning an epic swordfight or pulling off a complex heist. In those cases, pain (should you bother to include it beyond a purely descriptive level) is a complicating factor to be managed in the same way one might approach encumbrance. It adds to the challenge, making success a greater feat, but it doesn't affect a character internally. This makes it part of the larger question of approach that breaks along lines of genre and system, so if yours is a game that's more about the personal experience, pain is just one of the ways that manifests. 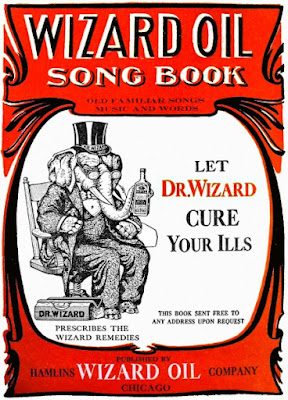 As you said, Andy, it comes down to understanding what the players want out of a game. Obviously, most players don't want their characters to be hurt, but if a player sees the story as being as much (or more) about what their character goes through as it is about what happens to them, they might be more interested in exploring the effects pain brings about. Not every monster is a manifest foe, sometimes it's the parts of ourselves that rear up when we're suffering, when we don't have control of ourselves... which will sometimes take the form of a literal monster, yes.

This isn't to say that addressing the personal experience of pain is solely the purview of World of Darkness and weird indie storytelling games (much as I love those) - it can be included in anything the players and GM all find appropriate. (I wouldn't want to touch on this in Paranoia, for instance. Pain past cartoonish exaggerations, isn't a good fit for comedy.) Even crunchier, most strategic games come down to player choice, and a player may want to incorporate their character's pain into their decision-making and go with something other the most carefully-thought out strategem, playing out their character's distracted thinking or underestimation of their own endurance. While this may seem like an entirely individual choice, the group should be made aware of what that player is doing, so they can compensate (or join in on this style of play themselves).

When it's being used as a story element, pain should be treated more carefully and not based solely on mechanics. While there is a stereotype of heroes being able to endure extreme punishment and torture, that may not be a satisfactory approach to the narrative of your player's perception of their characters. Their breaking point should be agreed upon between them and the GM, rather than simply left up to a die roll. Likewise, if a character is witnessing or even inflicting pain on others, the effect it has on them should be something worked out by everyone involved. We don't want to take away player agency by going "you have to stop, you can't take it any more," but if you're playing the kind of game where there should be some effect (and everyone knows that this is what they're going for), the psychological effect will need to appear in one form or another.

All very serious stuff! But pain is an innate, (mostly) inescapable aspect of the human condition, and if we're telling stories about that (regardless of how human the characters may or may not be), it shouldn't be ignored. As always, the best gaming is when everyone is playing the kind of game they want, so keep everyone's goals and comfort levels in mind. Descriptions of pain can be deeply unsettling or triggering for some players, so they should have an idea of what they're getting into and have an "out" mechanism (like an "x" card) available. Gaming itself should never hurt, no matter what's happening in the story. 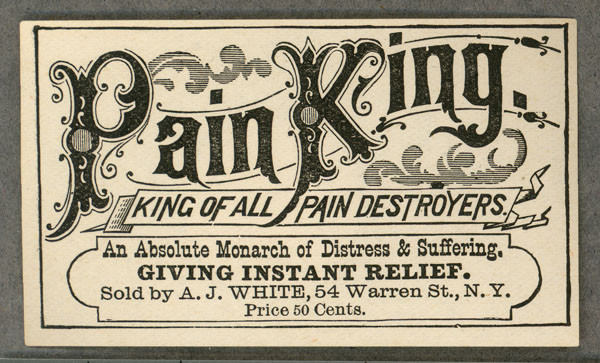