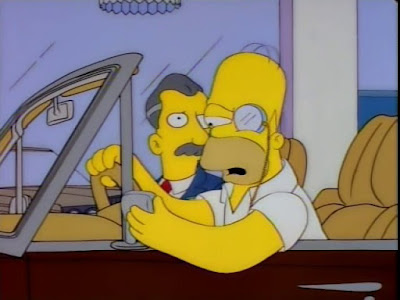 We often speak of “wearing nostalgia glasses” when we look at things from our pasts. I suppose the etymology comes from the phrase "wearing rose-colored glasses." Regular glasses should make your vision clearer, but nostalgia glasses, rose-colored or otherwise, tend to render things softer and easier to palate. This may mean we need some sort of revolutionary Nostalgia Monocle, allowing us to focus one eye on nostalgia while keeping the other out for... less than savory aspects. Earlier this year, Bugsy took a look at the subject of nostalgia in the context of his 40th birthday. As I turn 40 myself, I look to do the same, through the lens of fatherhood and with the help of my two young boys. Hopefully, I can build on Bugsy’s answer on What to do with Childish Things.

If you haven't have a chance to read Bugsy’s nostalgia post, his conclusion was that it's okay to like the stuff that you like, even the things you liked at a young age. This is something I think we all need to remember when we look back at our past enjoyments - that it's not only okay that we used to like them, but also okay if we still do. You don’t need to defend yourself to anyone. As long as you've grown and developed your tastes, there's nothing wrong in appreciating where you started. That being said, occasionally the works we enjoyed when we were younger can feature some... troublesome topics. This can present a difficult landscape to traverse when you're sharing your own formative media with children.

This is a road I've taken a few times now. The media in question can even remain quite popular. Star Wars, for instance seems pretty tame. There isn’t a great amount of violence, and it's not particularly bloody. Even when Obi-Wan dies, he just fades into the Force leaving his cloak and lightsaber behind. None of that seems overly problematic. You can, though, get into the politics of Star Wars. You can struggle to explain the need for Princess Leia being in a metal bikini. Or, if you’re doing the prequels, perhaps the horrors of genocide and murdering younglings. It's likely a lot of this will fly right over your own youngling’s head, but it can still be important to discuss these things and make sure they understand, even if only in a cursory way, the contexts and reasons for what they're seeing, both within the story and the circumstances in which a work was made. 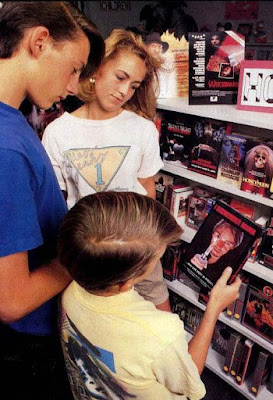 Many times though, you’ll find media with issues that are much more problematic than the finer points of the Star Wars franchise. Things from my childhood include media like the Muppets, the Smurfs, Scooby Doo and the Gummy Bears. While all of these things may have had their heart in the right place, that doesn’t mean there aren't still issues lurking in the relics of our youth. Past whatever fuzzy memories we might have, there is often underlying racism and sexism. It can even be bad enough that streaming companies incorporate warnings about some of their content, as Disney has done for many episodes of the Muppet show and various animated movies. (Which, regardless of what you may hear, is not "cancelling" or banning them outright.) It's important to remember when we used to see the FBI Warnings before our own Beta and VHS tapes at the start of the movie or cartoon. Likely, your kid is paying about as much attention as we were - if they are, they probably don’t care or even understand what the messages really mean. Be sure to wear your nostalgia monocle and use these warnings to pay attention to the issues that might crop up. You can point out the problems to your kids, and make sure they don’t keep copy those mentalities or incorporate the -isms into their own personalities, all while still recognizing the joy of your youth in the rest of the content.

The issues can even be found in digital and tabletop games. Cards, rules, and cases can all feature distasteful art, or have completely problematic content overflowing with racism or sexism. (I hesitate to name them or include images. It shouldn't be hard to find your own examples.) The same can be said with video games, too - classics like Mario and Zelda center around rescuing the damsel in distress, after all. You can still appreciate the fun you had when you played these games (and may still), even if you’ve grown in your beliefs and worldview. When sharing them with children, it may be better to find modern-day equivalents or similar alternatives. At the very least, put the games into context the same way you would for a movie or show. Either way, hopefully you can still make some new nostalgic memories with your kids while keeping one eye unclouded by that rosy nostalgia color.

That doesn’t mean you're guaranteed to keep on loving all of your old favorite media, even when it's (relatively) free from social issues. Some of the jokes and special effects in these ‘classics’ can seem lame or cringeworthy to you today. Your children may laugh their heads off at them, though, just like you did as a kid. It can be okay to still like these less than stellar shows. This is one form your nostalgia monocle might take, and you consume some media for not for your own enjoyment, but to enjoy your children enjoying it. Giving them the kinds of experiences you appreciated as a kid. Maybe that isn’t something I should be chasing at 40. I’m certainly going to, though. If my kids will enjoy something I used to love, as long as they have some proper context around it, I’ll be happy to see it.