Yeti or Not... The Holidays Come 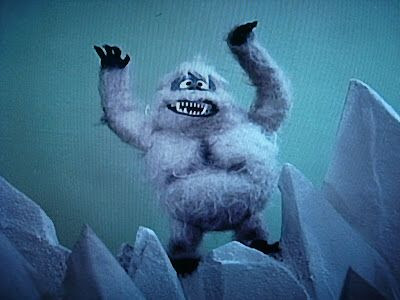 If you read our post about media selection a few weeks ago, you’ll know that my household traditions include the various holiday specials that tend to grace the airwaves this time of year. While a number of different things get annual viewings, one that gets particular attention in our home is the 1964 Rankin-Bass Rudolph the Red-Nosed Reindeer. Saccharine holiday specials might not seem like a match for tabletop gaming, but we’ve found tabletop inspiration in shows like How the Grinch Stole Christmas before. Rudolph is all about the journey, and that makes it a great fit for roleplaying games. It's a story that's almost entirely about misfits. Rudolph, Hermey, Yukon Cornelius - there's even a whole Island of Misfit Toys! Until recently, and possibly even still today, people who play tabletop RPGs can be considered misfits by peers and elders. So, it wouldn’t surprise me in the least if the lovers of the hobby tend to gravitate towards this holiday special in particular. (The connection to a number of adaptations of fantasy classics doesn't hurt, either.) For today, we’re going to focus on one particular misfit in the special and inspire ourselves with the Bumble!

Rudolph the Red-Nosed Reindeer’s Bumble serves as the antagonist in most of the holiday classic - although, one might consider the story's true villains to be the bullies that mock and belittle our protagonists. Of course, without them we wouldn’t have the special journey, and the Bumble itself is really just as misunderstood as the rest of the misfits. The hulking snow creature isn’t scaring people because he's evil or even just a jerk: Bumble is acting out because of pain caused by dental issues. Fortunately for the Bumble, our protagonist Hermey aspires to dentistry, and, after a bit of a ruse, is able help with the Bumble’s pain. There's an argument to be made that the removal of its teeth makes the bumble harmless, but I, for one, certainly wouldn’t want to take on something that large. Active threat or not, the Bumble is still an excellent choice for tabletop game inspiration. It could be scary and evil (check out those claws, even without the teeth!) or friendly and helpful (at the end, he assists with putting the star on the tree). So, what should we use for the Bumble's stats? 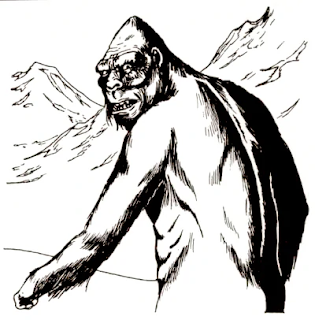 The closest analog in Dungeons and Dragons is most likely the Yeti from the the game's basic rules. Unfortunately, the Yeti is considered an Evil Monstrosity and the ability fit doesn’t quite match the Bumble, either, but both being large snow creatures does serve as a good starting point. I’ve always considered the Bumble a beast as opposed to a monstrosity, and we’ve already established that the Bumble is not evil. So those are the first changes we’ll make. Our Bumble can keep the Basic Stats of the Yeti, as well as Armor Class, Hit Points, Speed and Initiative. The one change we’ll make is giving Bumble a swim speed of 0 feet. Didn’t I ever tell ya? Bumbles sink!

As far as the “Powers” and “Attacks” of the Bumble, I think we can follow the basics for the Yeti fairly closely with a few omissions and some minor changes. A Fear of Fire seems pretty accurate for a Bumble, even if that's never really displayed in the holiday special. I could also see such a creature developing the Keen Smell ability. While not great at hiding, due to its large size, I do imagine the Bumble's coloration would lend well to Snow Camouflage. As far as MultiAttack goes, I suppose Bumble could make two claw attacks (assuming our Bumble doesn’t like to use teeth... if it still has them). One thing I’m not sure I agree with in the Yeti's claw attack is the addition of cold damage -  we’re going to leave that off our Bumble. Chilling Gaze doesn’t seem like something our Bumble should have, either, so we’ll be omitting that, as well. I do see a few opportunities here to add actions, though. For one, the Bumble seems pretty Rage-y when in pain... which is kind of how the Dungeons and Dragons Rage ability works, after all. Though it may be mostly associated with the Barbarian class, we’re going to include it for our Bumble. Bumbles also seem to have a mighty roar, something that strikes fear in the hearts of their potential enemies. We’ll use a Roar ability from a character class in a Dungeons and Dragons sourcebook as the Roar ability for our Bumble. Using the same generator we used in the post about Blurp Balls, Giffyglyph, we end up with a Bumble that looks something like the following: 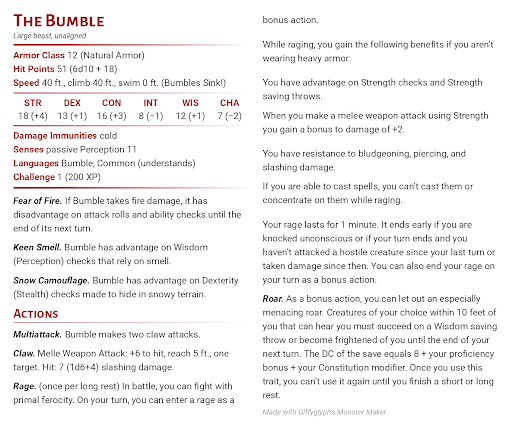 That doesn’t mean your Bumble has to look like this, though! You can use your own bits of inspiration to make your own changes and variations, or even something completely different from what we’ve created today. One thing you should make sure to consider is using something existing to base your Bumble on, like we did here. At the very least, it gives a basis for comparison to whatever your final product looks like, even if you don’t use it as direct inspiration. As we did here, you may also want to look at other classes and abilities from various Dungeons and Dragons books. You may even want to consider looking to other tabletop roleplaying games for inspiration, as well. Until next week, enjoy your holiday specials and enjoy all of your media adventures. 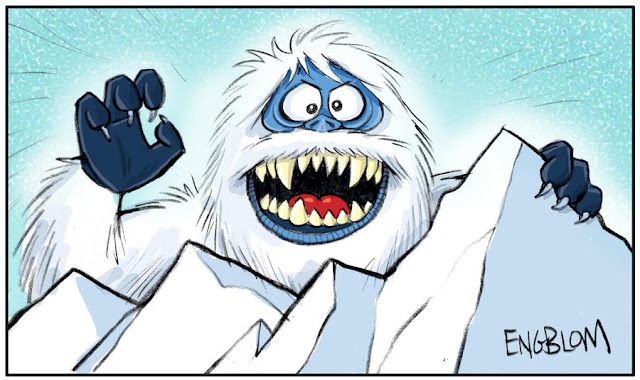