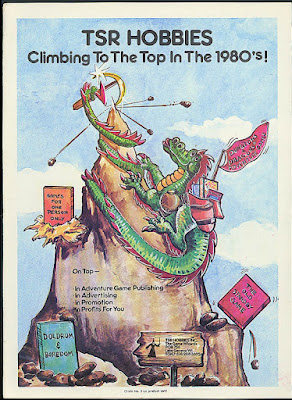 It's important  to set goals is in life. You may have a long-term goal that seems nearly impossible at first: moving to a certain city, buying a new car, etc.  Or your goal may be as simple as getting out of bed in the morning and making it through another day. Steps, or objectives, on the way to accomplishing these things could be hitting certain thresholds of savings, or making sure to brush your teeth whenever you go out. Even the simplest goals are still valid. More than likely, you'll have several objectives or goals on any given day. Some may be related or even seem contradictory, depending on how you're looking at them at any given moment. (Hopefully, you'll accomplish some of them. Let’s count reading this blog as one. Go you!)  Many tabletop game sessions are based around a single goal or objective: rescue the noble from the opposing forces, take the MacGuffin to the volcano and throw it in, or find a lost sword for the knight. Setting additional goals or objectives on the way, though, can be very useful.

If you’ve read this blog before, you might have seen a few of Bugsy’s posts on Paranoia. That's a game system built around the idea of multiple, often very contradictory objectives. In addition to whatever Friend Computer has assigned the team that week (and their underlying prerogative of hunting down Commie Mutant Traitors), you have your regular day job (we’ve talked about adding those to your character too!), the goal of keeping your own mutation and Secret Society a secret from the rest of Alpha Complex, Friend Computer, and (of course) your own team... not to mention an additional assignment from your Secret Society itself. (This is a game with a lot going on perfectly reasonable and manageable number of things going on, all hail Friend Computer.)  What happens when those goals inevitably conflict, how do you choose one over the other? And what do you do when they're completely contradictory? You can certainly see how much these intricacies add to gaming sessions. Unfortunately, this isn’t seen as much in systems other than Paranoia and a few backstabbing crime-focused games. While it may not be baked into your core rule set (odds are, you’re probably playing D&D) the way it is when Friend Computer is in charge, you can still borrow the idea for other systems. This is especially true if you’ve been taking our previous advice on establishing your character's former or current jobs in addition to their adventuring activities .

Another place you do see this utilized a great deal is in electronic gaming. Often games will set up various challenges in addition to its central focus. This could be completing a stage or level within a certain time frame, taking only a certain amount of damage, not using certain abilities or weapons, and, of course, side quests. While the possibilities are limited to game mechanics (at least, without changing genres entirely), their implementation is quite open-ended. This is a major factor in the replayability of electronic games. Especially for completionists, repeatedly playing a level to get all of its potential achievements is a quality one might go looking for in a game. While we don’t replay our tabletop RPGs in quite the same way, it doesn't mean you can’t have additional open-ended goals for the party as a whole, as well as for the individuals within it. The only problem here is working out how to implement them. 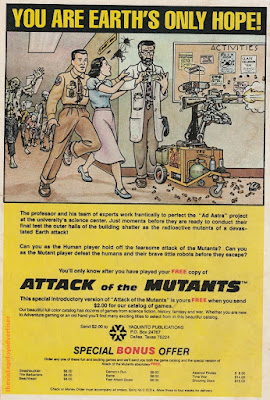 The simplest way of including the "adding goals" concept is just adding certain requirements on top of the “job” the player’s characters are undertaking. Say the NPC they’re getting work from might offer a certain amount of compensation for tracking down and stopping a local group of n'ere do-wells. There might be extra if one could be captured for interrogation, more if the leader is brought in alive, and even more if a particular document is retrieved. The rewards do not necessarily need to be monetary, although that's one of the great motivators for PCs. Power, prestige and favors are all welcome to adventurers. The goals also needn't come from just that one NPC, either. Perhaps local law enforcement has a bounty out for these crooks, and a competing group of crooks wants some of their stolen stuff back and are willing to pay a price to get it. (That price might simply be that they don't rough up the PCs... as much, anyway.) Adding these possibilities gives your games more decisions to offer the players, more value, and more depth.

The whole concept might seem overwhelming at first: adding goals from a character’s job or organization, alternate goals from NPCs, adding goals that might be contradictory, or even adding special achievements... it can be a lot to keep track of! You, the characterss and the players could all end up feeling out of your personal depths pretty quick. Take things slow. You don’t have to add all these concepts all at once (unless you're playing Paranoia, of course, in which case you should,  because I think stress is part of that game). Pick one possibility that seems appealing to you and to your players and start from there. You can build on that and start enriching your games slowly. If that one doesn’t work out, you can always try another. Why not set yourself a goal of adding the concept to your next session? As long as you’re still having fun, there is no reason you shouldn’t. Until next time, enjoy your tables, get out there and break some dice. 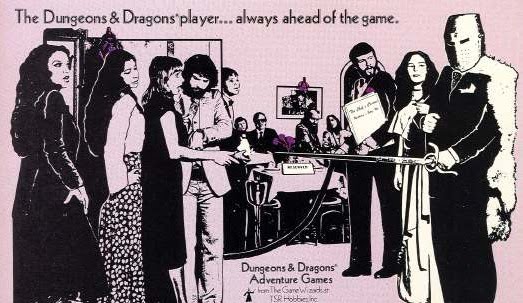