I DO Wanna Be A Player! 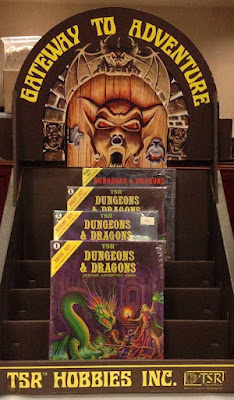 This blog, at least the tabletop gaming entries, are mostly written from the perspective of Dungeon Masters and gamemasters. That makes sense, after all - the two writers here have spent significantly more time running games than actually playing in them. There's nothing wrong with this, but typically the people running tabletop games would like an occasional chance to be a player as well. So what happens when the stars finally align, and (after much convincing) one of your regular players or GMing friends offers to (gasp) run a session and include you as a player? If it's been a while since you were on the other side of the (literal or metaphorical) GM screen, the concept can feel a bit strange and even worrisome. Fear not! For this week on Never Say Dice, we have some tips to help you in the temporary transition from RPG Runner to RPG Player. - A

A: You’ve made it to character creation and that backlog of unused ideas is practically screaming at you. If you’re anything like me, you’ve a gaggle of characters ready to go, or at least have them in mind. Which one do you choose? The pirate? The noble with a dark secret? The drunken swashbuckler? The <insert character idea here>? Choosing can feel overwhelming, and if it does for you, it might be a good idea to step back, just like when you’re a GM, and listen to the other players around you. What are they interested in playing as, and what would they like to see you do? Just as you'd (hopefully) tell them, you can’t really make a wrong choice here, unless it goes completely against the tone of the group/session. Besides, that backlog will still be there for other opportunities, whether they be characters for you to play or as seeds for NPCs in your own future sessions.

The other fear that can easily crop up is “back-seat” GMing. After all, the person running the game isn’t necessarily going to do the same way you would. If it's a system you're familiar with, or you're playing amidst your regular group, whoever's running the game may also be relying on you for answers. How does this rule work? Where's the section on this located? How do we handle this game situation? It could be very easy to slide back into GM mode. It certainly isn’t bad to be helpful, though. One thing that can help when responding to judgment calls that would normally fall to you as GM, is to append your advice with “...is how I would normally rule it, but this is your game - the call is up to you.” Make sure you don’t take away from the new GM's agency. Besides, you’re trying to get away from having to make these decisions for a little while.

One thing you should do is throw yourself into your character - but be careful! It can be tempting to put everything you have into it. After all, you’re used to running several non-player characters simultaneously from the other side of the screen, so why not do it? For once, you have time to write significant backstory, create a character voice, create or obtain artwork, etc.. all without having to worry about the "big picture" details. While you should do what makes you happy, it's also important to match the tone and level of the players around you - when you're GM, a lot of the tone is on you, and it can be a hard habit to break. If you're playing alongside your typical gaming partners, this shouldn’t be too difficult, since you already have an idea of what they enjoy and expect. Otherwise, try to take a backseat until you get an idea of where everyone is at. Bugsy, what tips do you have or pitfalls can you flag for those making the jump from GM to player? 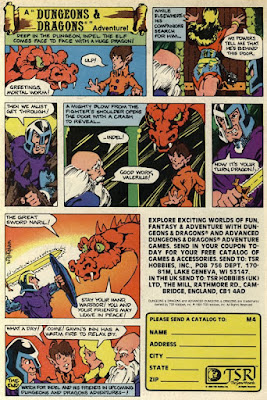 B: For my own situation, I don't think I've ever played in a game that I had run recently (your West End Star Wars game probably comes closes, Andy.) But, whether you intimately familiar with the system or not, I think we tend to develop a sort of "GM Sense," where we can get a feel for what the person running a game is going for, beyond the ways that people who don't run games might pick up on - particularly in matters of tone and pacing. As such, I think we're bound by the GM Code (which is a totally real thing I didn't just make up) to help out our fellows as much as we can, and lean into the direction they're going. In person, one can get some pretty clear feedback by watching the GM and they respond to your "assistance," and modulate accordingly. If you're playing online, this can be a little trickier, so you may want to approach it more cautiously, and even send a private message (if possible), letting them know that it's okay to tell you if you're overstepping your bounds or have misinterpreted their goals and pushed things away from where they feel the game should be going.

If you're playing in a system totally unfamiliar to you, one temptation is to "browse" rather than play - that is, to spend more time working out the system's structure and intricacies than simply enjoying and existing in the world of the game itself. Remember, you can always talk shop with the GM after the session is over! Likewise, try not let yourself become too distracted with the larger story within this particular game to the exclusion of the events going on around your character. You may be used to looking at the "bigger picture" of large-scale moving parts, but the other players aren't, and you don't want to distance yourself too much from their ground-level experience.

A: So do you really wanna be a player? If you get the opportunity, hopefully these tips will make it a slightly easier and better experience. Remember to keep an eye out for where the GM is trying to go and to help move things in that direction as much as you can, but not to lose sight of the game the way the other players are experiencing it. If you enjoy it enough, and have a little bit of luck, maybe it could become a regular thing. If you didn’t enjoy it as much as you thought you would, or it was just a single one-off session, at least you’ve had a chance to view things from a different perspective and can bring back something different to apply to your own gaming sessions. At least you’ve had the opportunity, and that's something to appreciate. In fact, let's give a special thanks to all the players who take a chance behind the screen to let GMs expand their horizons. Until next week, enjoy your tables, get out there and break some dice. 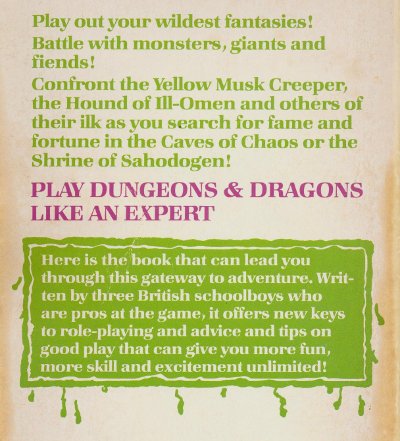