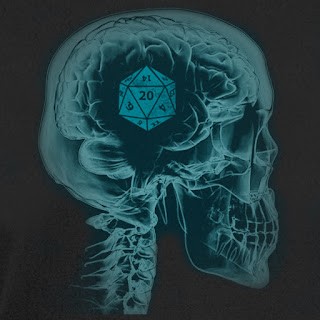 The battle has nearly reached its climax, but the outlook is dire. The Healer just went down... along with the Tank. You’re down to a handful of cantrips, and you send out one last firebolt. Natural 20! The Big Bad Evil Guy goes down and you save the day! The chase through the asteroid field has been dangerous and the shields can’t take any more. There's one last stretch to get through before the ship can make the jump out and you need three successes on four dice. Time to roll! Your group has snuck into the base to steal valuable intelligence in the war effort, but an important general is mere feet away from you with his back turned. One shot could change the tide in this war, you pull your side arm and… hope you get that dopamine hit once again. Our tabletop games are often about risk (no we don’t mean the board game) and the rewards aren’t just in game victories. We feel the success just as much as our imaginary characters do. So how do we balance these player experiences? -A

B: The term “dopamine hit” has been everywhere recently, particularly in describing the experiences people have with online services such as Twitter and “gacha” games. It’s frequently tied to the psychological trickery behind gambling and advertising, but there’s no reason the concept should be solely applied to such odious activities. Indeed, when we think about the session pacing of our tabletop games, it’s easy to see them as a process of setting up various dopamine hits that increase player investment and serve as hooks leading to the next story junction. And while the dopamine reward for progression in a game is often summarized as simply “number go up” (to borrow a phrase), those of us who approach games as narrative know that there’s so much more to it… even when the players do have numbers that they would very much like to “go up.”

A: Those long-haul story hits are a big reason why your players are at the table. You can get to a point, though, where you’re far between those junction points Bugsy mentioned. The low point in the arc of your story, or even between one major arc and the next. Players and characters alike might feel frustrated and at a loss as to what to do to keep that feeling of success going. That can be rough for everyone to get through. If you find your game in one of these lulls, you might consider peppering in some easier challenges to keep that winning high from bottoming out completely. Dealing with a few petty thugs or pickpockets might be an easy task if your characters have a few levels, and that's just the kind of thing we're after. Give them an opportunity to use those phasers set to stun. Likewise, a simply locked door or low-quality trap may be just the thing to give the party some confidence again. We can even include some inspiration from gacha-style games and let the players roll for randomly generated loot they find or even purchase in-game. Surely there must be some shopkeeps that can’t get a simple lockbox open and just want it off their shelves. Occasionally though, the issue may have very little to do with the story or the little things you’re adding. 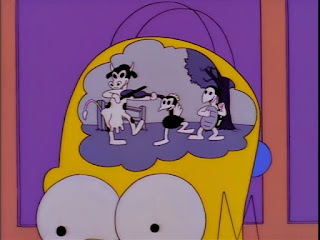 The problem might come down to simply being the dice. You may run into those sessions where all the players have startlingly bad rolls. Statistically, if you play enough, at some point at least one of your players will have a bad night. Those times when rolls are beating home the opposite of fun, time and again. I’ve seen it happen even after players ritualistically change out their dice (or dice color/skin in the case of my digital games), and the discouragement players start feeling is a real issue. One thing I’ve seen implemented that you might consider that  is a sort of "failure tolerance" rule. If they reach X amount of failures (let’s say three) before getting a success, a free re-roll could be granted. You may want to consider that for yourself as well if you're implementing this in your games. You likely don’t want the bad guys to constantly fail all night, and certainly the players aren’t going to feel quite as much of a rush from success if they don’t have at least a little opposition. Just that little bit of help can keep your players from feeling the low point for too long.  Any final thoughts Bugsy?

B: While some mobile games can get away with rewarding a player for simple clicks (usually with visual or auditory cues), the dopamine rush in a tabletop RPG is going to be relative to the risk of failure. So, just as it's a problem for things to go too wrong, it can feel a lot less rewarding if everything is too easy. Most of the time, players will want to feel like they're risking it all (even when they know the GM isn't likely to let them fail altogether) - that's what makes them the heroes. So it's good to have a few complications in reserve for when things are going too smoothly (or those dastardly players have worked out your cunning schemes much earlier than you anticipated). They need to fail once in a while for their successes to mean anything.

Finally, it's important to remember that the neither the GM nor the scenario are fully responsible for providing those dopamine hits - the players themselves are just as involved, whether it's overcoming a past failure, working together for the first time, or even making everyone at the table laugh. These are all likely to give the GM a little rush of their own. Gaming is a collaborative act like no other, and all the little joys and frustrations are ones we make together.

Send comments and questions to neversaydice20@gmail.com or Tweet them @neversaydice2.
The great image at the top of this post is available on shirts at Guerrilla Tees