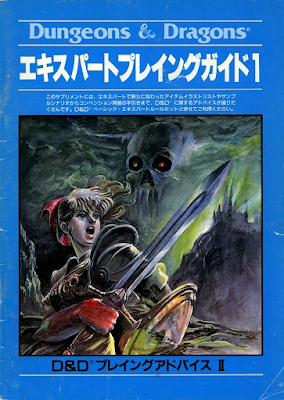 I've recently completed all the trophies in Marvel's Spider-Man That may sound like bragging, but that's not my intent. I already know that I’m a little late to the party. While I probably should have been spending time with other obligations or going through new games and storylines, I had an ulterior motive that had nothing to do with game accomplishments: I wanted to take my kids with me through the story this time. Perhaps I’ve robbed them of completing the story on their own at some point, or maybe it was a bonding experience they won’t forget. Only time will tell. Either way, it did get me thinking about the replayability of games, and specifically of tabletop roleplaying games. Dungeons and Dragons, to use the perennially popular system, is something that's revisited over and over. However, people are typically reusing it to have new and different adventures, rather than replaying the same adventure multiple times. We’ll often come back to the same books and movies time and again, even when we already know their plots. Should the adventure modules of our tabletop stories be any different? Let's visit that topic (and maybe we can revisit it again later).

Obviously, there's a lot to lose when you replay any digital or tabletop game. As a player, you aren’t going to be surprised by the same twists. You'll already have an idea of where the bad guys are, where the treasure (and traps) are hidden, and where the secret door leads. The dopamine hits might not come as powerfully or as plentiful.  Unless the DM has changed some of those details, you may need to bring a healthy dose of suspension of disbelief along with you to sessions. Similarly as DM, you’re not going to get the players as excited about the same things a second time through. You might not even be as excited yourself, at least not about the same things. Coming in with prior knowledge, the players may feel a bit railroaded, even if having foregone conclusions might offer them more control over the pace of the game. All of these factors can be frustrating for DM and player alike. How can we consider revisiting the same game?

Even with those drawbacks, there are a lot of reasons to go back to the same adventure module. Like that favorite book or movie, people do enjoy the familiar. If enough time has passed, they may even have forgotten some of the details. There are also all the paths the players didn't take the first time to explore. That side quest they had decided to skip. The secret door or treasure they completely missed the first time around. Sometimes, it can be just as frustrating for a DM when players have missed these things. (Darn, I really liked that NPC they didn’t get a chance to meet, the encounter they avoided that I spent ages setting up, etc.) These things might not be (literally) game changing in terms of overall story arc, but they’re like those details you only see in a movie or TV show after you've watched it multiple times. The jokes you missed the first time around.  The Easter egg of R2-D2 and C-3P0 in Raiders of the Lost Ark. A million Simpsons jokes. It's safe to say, there is a definite value in going back, but those issues mentioned earlier are still present. What can we do to combat them? 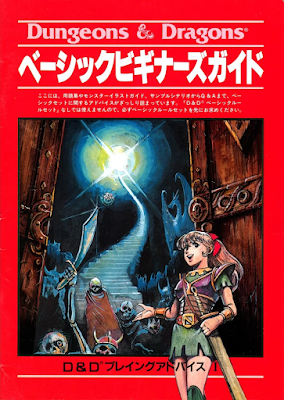 Suspension of disbelief aside, there are a few things that can help increase the enjoyment of replaying a tabletop module. Bringing in additional new people is probably the best thing you can do. Just like when you're introducing someone to a movie, you get enjoyment out of their first-time experience. This works even better with games because there's a good chance they'll do things differently than the last time around. Adding just one new person or taking a whole new group through the same scenes presents new opportunities for the DM, as well - I’ve run two different adventures twice for different groups, and the results were very different each time. You’re bound to learn something new about the adventure or the even game itself. As a player, you can also bring yourself differently to the table. Playing a Bard out for coin and cleavage is a different experience from playing a power hungry Sorcerer or kind-hearted Rogue. Both roll-players and role-players have a chance to try something new: trying out a different set of character mechanics can be satisfying for the strategic combat fan, and a new role is always welcome to those more into the acting aspects. Aside from the story itself, there are a number of other things a DM can gain from running a story again. You probably already have the tokens/miniatures and maps handy. Now you might have time to get that music you'd wanted to use, or to correct that one bit of description that just didn’t work when you read it out the first time. It's a chance to “up your game” as the facilitator. You might even be able to use re-running the same game as a chance to set up parallel universes in your setting.

Coming back to the same story might not be the easiest of tasks, but it could certainly be worthwhile. Obviously, just what you get back from revisiting a story is going to vary from person to person. Including new people, holding on to that suspension of disbelief and just trying new things in the same world can all make a big difference. You also don’t know what little secret gems you missed on the first time around. Your second, or even third, experience, is likely to be different. For myself, I’m going to look forward to revisiting the same game a few times from now on - the benefits appear to outweigh the challenges. Until next week folks, enjoy your tables. Get out there and break some dice.

Send comments and questions to neversaydice20@gmail.com or Tweet them @neversaydice2 (while you still can).